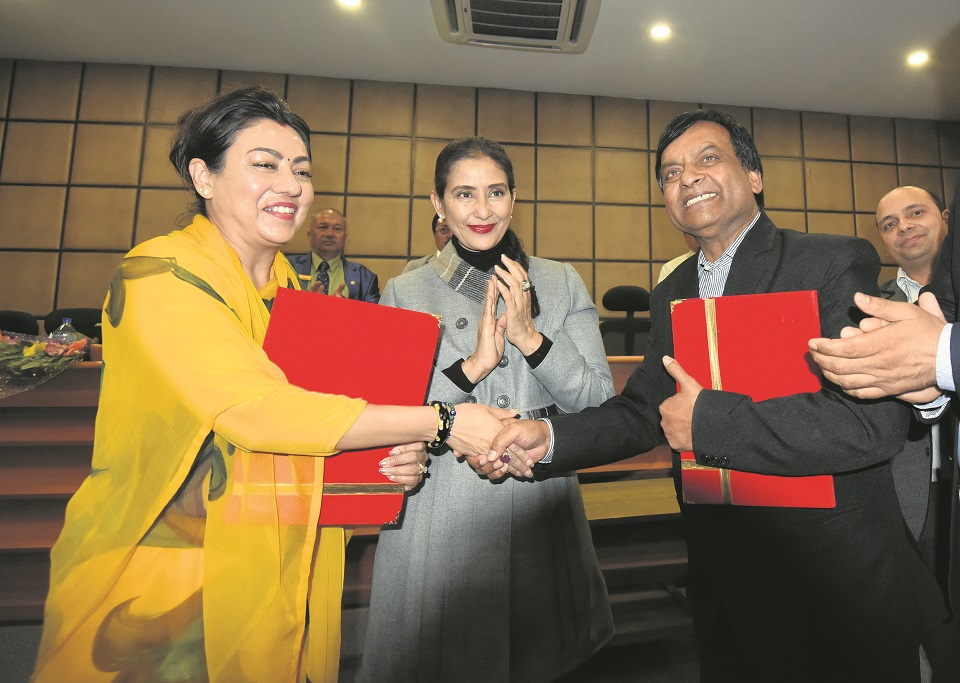 KATHMANDU, Oct 26: The Federation of Nepalese Chambers of Commerce and Industries (FNCCI) on Friday announced to build a new wing at Kanti Children’s Hospital, Maharajgunj, Kathmandu.

FNCCI President Bhawani Rana and Director of Kanti Children’s Hospital Dr R P Bicha signed a memorandum to this effect during a function organized to raise awareness about cancer on the hospital premises on Friday afternoon. The building will be used as a guest house for parents who come to the hospital for the treatment of their children.

Speaking in the inaugural session of the program, FNCCI President Rana said that the FNCCI serving as the apex body of private sector businesses of Nepal will always work for social causes. While assuring that the body would continue to engage itself in promoting social awareness on various issues through the events like Friday’s, Rana said, “We hope to take social programs like this to provincial chambers as well.”

In his presentation about cancer, Dr Baral mentioned that Nepal still lacks awareness about diseases, especially cancer. As a result, lots of patients, mostly from the rural areas cannot recognize the early symptoms of cancer and hence cannot receive proper treatment in time.

“We still witness patients who come for cure only in the third or even fourth stage of cancer,” he said. Also due to insufficient knowledge, people still believe that cancer has no cure and lose hope of life once they are diagnosed with cancer. “However, it is very important to spread the message that cancer can be cured if diagnosed and treated at early stages,” he added.

Actress Koirala shared her personal experience as a cancer survivor and urged everyone to come together to raise awareness about the disease. “It is not about how long we live, but about how well we live,” she said.