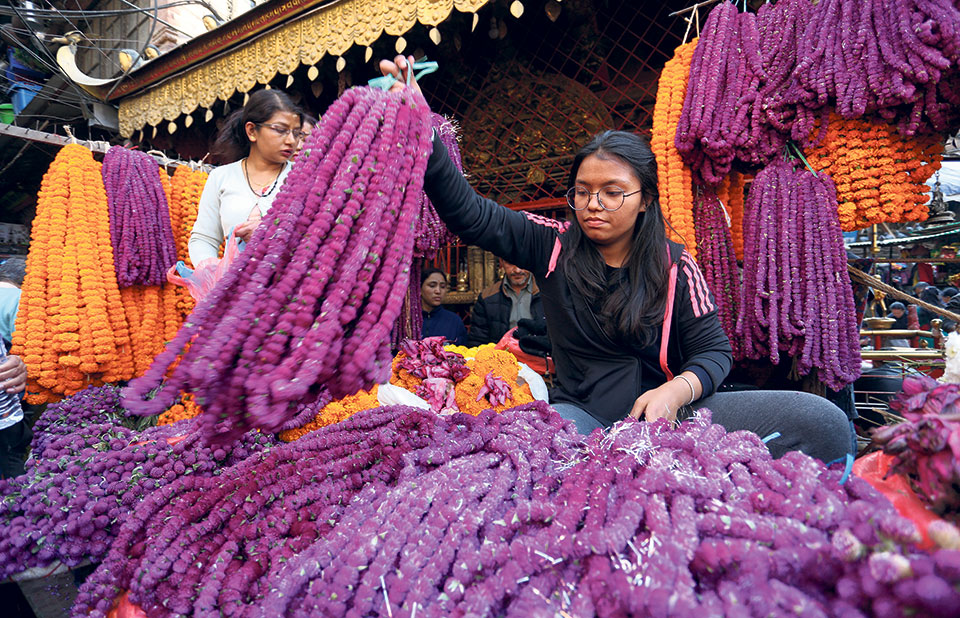 You enjoy Tihar because it gives you a reason to gorge on sel roti, dipping it in a cup of hot tea, and pop that one more laddu in your mouth without feeling guilty. You might love it because the string lights you have put on your balcony purely for aesthetics finally gets a purpose. Or all the colors and lights just make you happy, not to mention the sweet smell of marigolds in the air this time of the year that makes your heart swell. Or maybe your sibling has come home and you get to celebrate Bhai Tika after five years.

People seem to have their own unique reasons for loving this festival but love it, they do. The people this scribe spoke to all confessed that they love Tihar more than any other Hindu festival because it just has a very joyous vibe.

“Tihar is as much about worshipping different deities as it is about having fun, and I like that. I’d say today it has become the perfect combination of celebrating our traditions while getting a good break from our mundane lives,” says Prabhav Mandap Baniya.

Suruchi Maharjan, on the other hand, loves the ritual of worshipping her dog on Kukur Tihar. She mentions that it feels even more important today when animal welfare and animal rights supporters are campaigning against the Yulin festival, which is an annual celebration held in Yulin, Guangxi, China, by the Chinese during which festival goers eat dog meat and lychees. The festival, that started in 2009 and runs for ten days each year, leads to the slaughtering of 10,000–15,000 dogs on an annual basis.

“Dogs are man’s best friends. They are so loyal. I know different cultures treat different animals differently but I just wish more people, especially in countries that eat dog meat, would wake up to that fact,” says Maharjan adding that Tihar seems like a perfect time to show the world how our culture respects our furry friends.

Similarly, it’s Govardhan Puja, when we workship cows, that Sanjaya Gautam finds to be meaningful.

“Pandits in the past must have been very sharp to declare cows as divine and holy animals. This meant their meat consumption would stop in Nepal. Studies have shown that cow’s meat is not healthy and that its consumption can cause heart diseases and other health problems,” says Gautam.

Gautam feels that worshipping cows on Tihar as the reincarnation of Goddess Laxmi has made people more concerned about the animals’ welfare. He adds that Bhai Tika is also another fun yet significant tradition that he really values and enjoys.

This special day that celebrates the bond between brothers and sisters seems to be a favorite among many. The ritual is elaborate and there are many things that need to be done, and that too in perfect order, but no one is complaining.

People this scribe spoke to actually enjoyed the often-confusing processes of Bhai Tika.

Juliyana Shah says she has been celebrating Bhai Tika every year but she has to watch a video on YouTube because she feels she will mess up the order otherwise. “Nobody in our family knows the correct order and if I fear I will forget to do something important,” says Shah adding that though there is a fair bit of stress about what to do when and how, Bhai Tika is fun and fun through.

Akash Dahal also attests to this fact. Bhai Tika, he says, is both poignant and enjoyable. He adds that Bhai Tika gives a wonderful reason for siblings to catch up. “Otherwise we are all caught up in our own lives that even if we meet, it’s often rushed and just a quick lunch or dinner,” he says. Dahal further adds that the ritual reminds him of his childhood days. “I feel that even though we have grown up and times have changed, our childhood bond is still there. And that’s a really good feeling,” he says.

For Shah too, it’s a day she gets to annoy her sibling and anyone with a sibling can vouch for the fact that that’s a good way to further strengthen the bond.

“I love it when my brother touches my feet,” she adds with a mischievous wink.

For many people, Tihar is also a time to give in to their gambling urges. Sudhir KC says that he loves playing cards with his family during Tihar. Since no one in his family gambles during the other times of the year, they look forward to their annual kauda (traditional gambling game played with Cowry) session that generally lasts well into the morning after Laxmi Puja.

Cooking fancy sweet delights, or experimenting with new recipes, also seems to be a crowd favorite. KC adds that he and his wife love making sel roti. He claims that he is actually better at it than his wife. He also makes special mithai for the women in his family with butter, nuts, and honey. It’s his secret recipe that he only makes during Tihar and he loves the adoration he gets for it.

“I think we should all have a special ritual or something that’s unique to us to do during Tihar. It makes it all the more special. Sel roti and anarsa, though essential, are passé and so I also love to serve something new that no one makes,” says KC.

Rabina Mahat also uses Tihar as an excuse to give in to her sweet tooth. She and her mother, who has been baking for years, whip up new kinds of deserts every Tihar. Mahat confesses that the tasting phase is what she enjoys the most. By the time the baked goodies are ready to be gifted, she and her mother have had their fill of Tihar sweets, she confesses.

It’s the little things that make Tihar all the more enjoyable than other festivals, or so is the general consensus. Buying diyos and candles, or pretty little pouches to put Bhai Tika gifts in, Mahat says there is so much to do and prepare for but nothing feels like a chore. “Everything you do in Tihar has a purpose and everything is fun at the same time,” she concludes.

Shopping is an integral part of life. With the arrival of  Tihar, one of the most awaited festivals in Nepal,... Read More...

Flowers and fruits of Tihar

Tihar is at the doorstep. It is the second biggest Nepali festival after Dashain. Crow is worshipped on Kaag Tihar,... Read More...

Nepse loses 10.83 points on concern over contraction of liquidity with banks
3 minutes ago