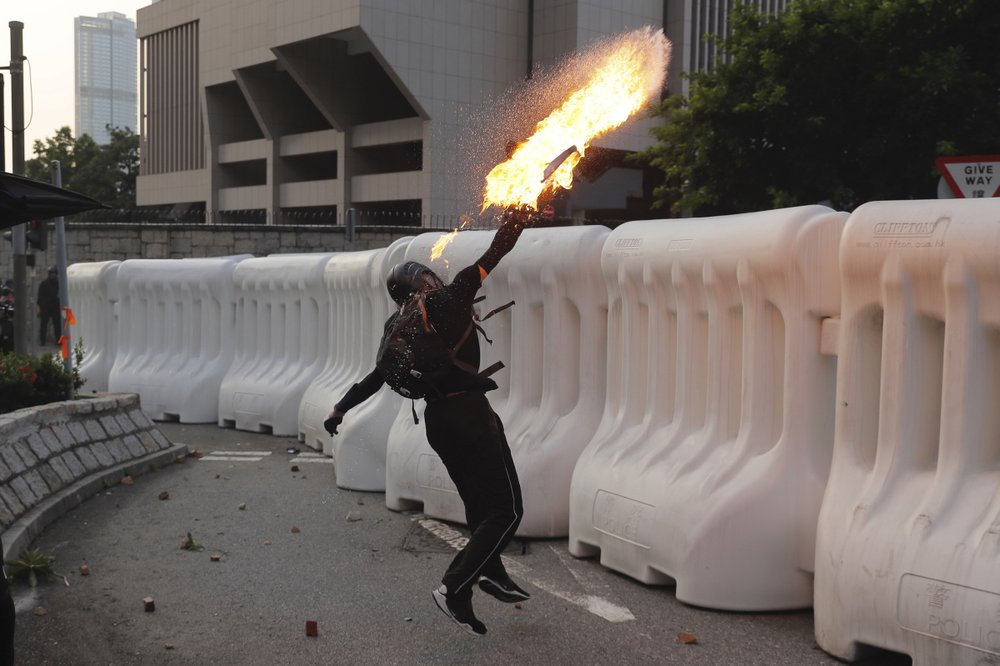 HONG KONG, Oct 23: Hong Kong’s legislature on Wednesday formally withdrew planned legislation that would have allowed extraditions to mainland China, but the move was unlikely to end months of unrest as it met just one of five demands of pro-democracy demonstrators.

The rallying cry of the protesters, who have trashed public buildings in the Chinese-ruled city, set street fires and pelted police with petrol bombs, has been “five demands, not one less”, meaning the withdrawal of the bill makes no difference.

Hundreds of protesters gathered peacefully outside the British Consulate, waving British flags, chanting “stand with Hong Kong” and calling for support for a British parliamentary debate on the citizenship status of Hong Kong people scheduled for Thursday.

Britain has vowed support for Hong Kong, a former British colony handed back to China in 1997. But, given its plan to leave the European Union, Britain is also hoping for trading and investment opportunities with China.

Hong Kong leader Carrie Lam had said many times the extradition bill was as good as dead and that other demands, including universal suffrage and an amnesty for all those charged with rioting, were beyond her control.

Protesters are also calling for her to stand down and for an independent inquiry into perceived police brutality during a long hot summer of running battles on the streets.

“There aren’t any big differences between suspension and withdrawal (of the extradition bill)...It’s too little, too late,” said 27-year-old protester Connie, hours before the bill was pulled. “There are still other demands the government needs to meet, especially the problem of police brutality.”

Most protesters do not give their full names to avoid being identified.

Demonstrators are angry at what they see as Beijing encroaching on Hong Kong’s “one country, two systems” formula enshrined during the 1997 handover, which permits the city wide-ranging freedoms not available on the mainland such as an independent judiciary.

The extradition bill would have allowed defendants charged with serious crimes to be sent for trial abroad, including to Communist Party-controlled courts in China.

The bill was seen as the latest move by Beijing to erode those freedoms. China has denied these claims and accuses foreign countries, especially Britain and the United States, of fomenting trouble in Hong Kong.

A murder suspect whose case Lam had originally held up as showing the need for the extradition bill walked free on Wednesday as the city’s government squabbled with Taiwan over how to handle his potential voluntary surrender to authorities.