Nepal Army launches probe against 27 over irregularities in recruitment process


KATHMANDU, Oct 23: The Directorate of Public Relations and Information (DPRI) of the Nepal Army has launched an investigation against 27 including 4 incumbent army personnel over alleged irregularities in the process of recruiting army personnel.

The DPRI had announced vacancies for 5 thousand 8 hundred military positions from its 40 recruitment centers across the country on August 4.

The recruitment process is still ongoing. However, amid reports of forgery and bribery in the process of recruiting army personnel, 4 army staffs and 23 others have been brought under investigation.

Chief of Army Staff (CoAS) Purna Chandra Thapa has repeatedly expressed his commitment to recruiting efficient persons to the institution by making the admission process transparent, impartial and purely competitive after he took the helm of the national defence force.

NA has set up ‘Verification Lab’ in all the recruitment centers by using bio-metric machines to verify the candidates and check fraudulent activities.

According to the directorate, three persons from North-western Division Headquarters were nabbed for issuing fake identity cards and five from Shree No 5 Brigade, Kailali on the charge of bribery.

Police have also arrested a total of 6 candidates and 13 fraud examinees from Shree No 5 Brigade, Kailali and Shree No 24 Brigade Jumla. Police also informed that they have been looking for other suspects involved in the case. 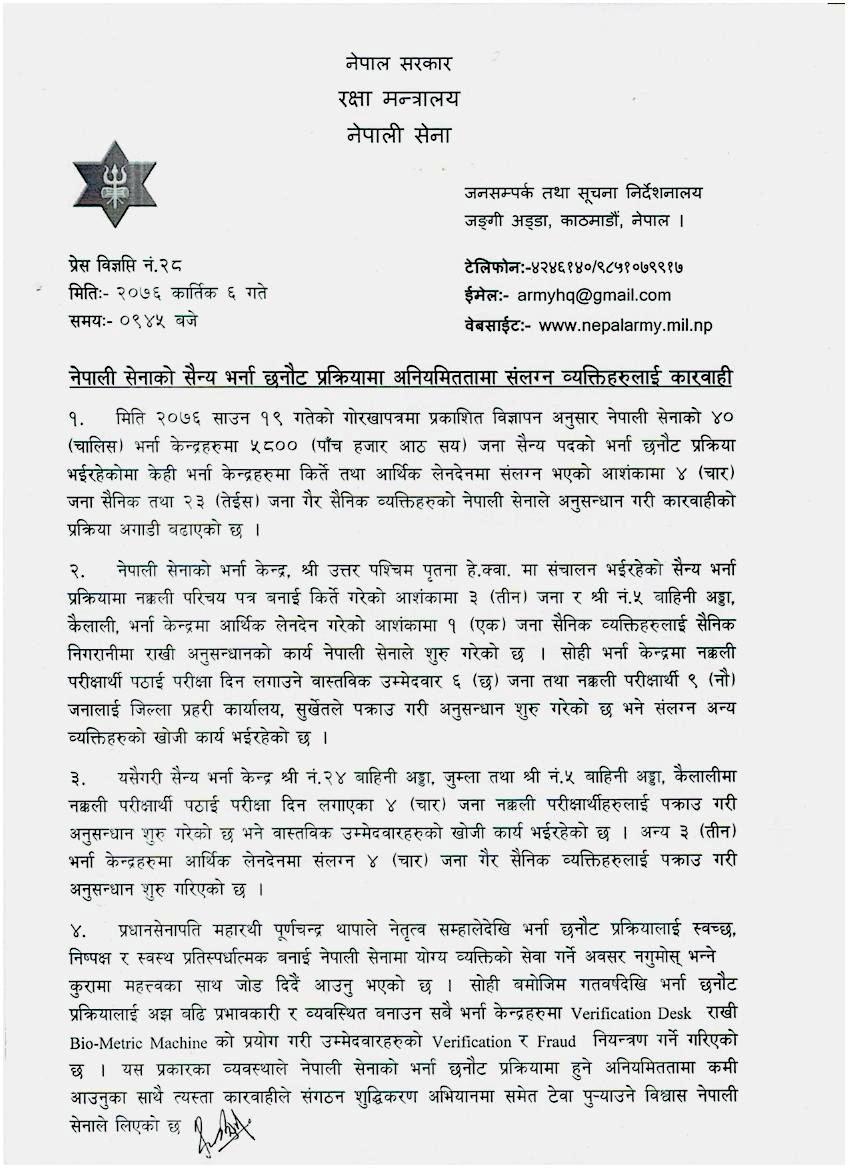 KATHMANDU, Aug 12: As a part of his ongoing drive against the anomalies existing within the institution, Nepal Army (NA) chief... Read More...