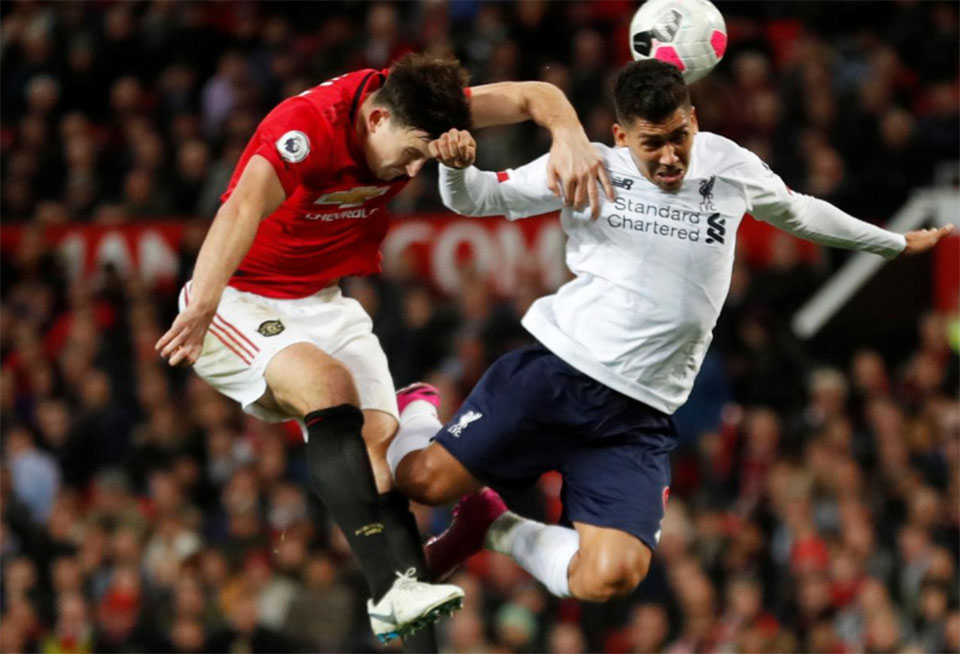 But there was disappointment for Ole Gunnar Solskjaer’s side who were five minutes away from a surprise win before Liverpool substitute Adam Lallana grabbed an equaliser for the league leaders to cancel out Marcus Rashford’s 36th minute opener.

It was yet another Premier League game with VAR controversy which will continue to provoke debate about the system introduced this season.

The result cuts Liverpool’s lead over second-placed Manchester City to six points and Juergen Klopp’s side were far from their best.

“We were good enough for a point,” said Klopp, “We were in charge 100% towards the end. We wanted a different result but to do that you have to play better.”

United are now unbeaten in their last seven home games against Liverpool and while their battling display will boost morale, the 20-times champions are adrift in 13th place, 15 points behind the leaders.

“We have a team that works for each other and maybe this will turn their season,” said Solskjaer.

“They are disappointed because they feel we should have won. Our fans showed they can see what’s happening and we will get there.”

It has been many years since United went into this fixture as clear underdogs with just two victories from their opening eight games.

On paper, the United line-up matched up poorly against Klopp’s side, especially with Paul Pogba out injured and Anthony Martial restricted to the bench as he returned from an injury lay-off.

Liverpool were without Egyptian striker Mohamed Salah, who was ruled out with an ankle injury with Divock Origi given a rare start alongside Roberto Firmino and Sadio Mane in attack while Brazilian keeper Alisson Becker returned from injury.

Solskjaer’s headaches were added to when defender Axel Tuanzebe was injured during the warm-up, meaning Argentine Marcos Rojo had to be thrust into the starting 11.

But from the outset, United worked tirelessly, chasing down the ball in midfield and grew in belief while Liverpool never found their usual standard of fluency and invention.

Rashford scored after turning home a superb low cross from Dan James after the speedy Welshman had broken down the right flank.

The goal was subject to a video review and allowed to stand despite Liverpool claims that Victor Lindelof had fouled Origi at the start of the move.

Liverpool thought they had got level, two minutes before the interval, when Mane outfought Lindelof and poked home but the VAR review showed the Senegalese forward had handled the ball.

But Klopp’s side, who had struggled to find openings, finally broke through in the 85th minute when Lallana slotted home Andy Robertson’s low cross.