Minister Magar paid a field visit to the plant being constructed by Project Implementation Directorate under her ministry. The project has reached its final stage.

Province 3 government has decided to invest the construction of much-hyped Hetauda-Kathmandu tunnel.

The provincial government mentioned the tunnel construction as the pride project in its first policy and programmes. However, the private company for the construction has its contract still ongoing with the federal government. 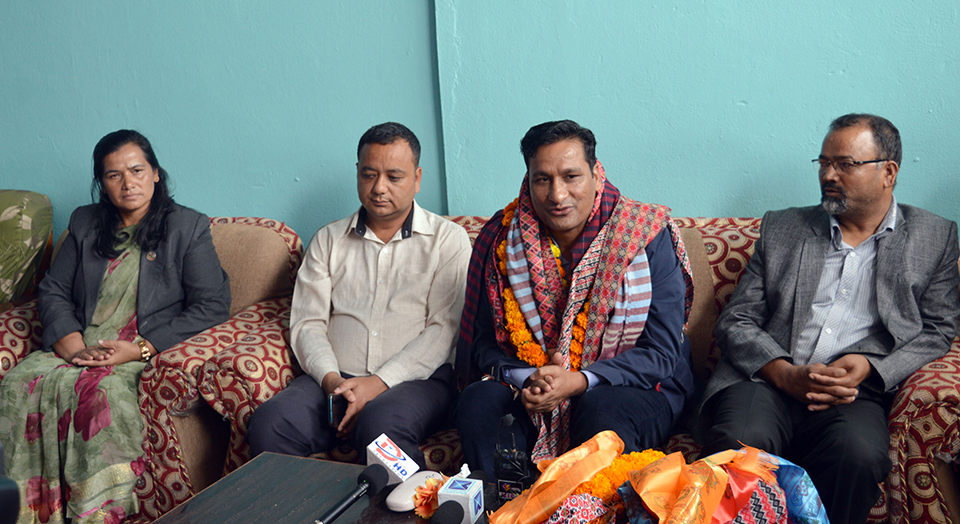 Minister for Forest and Environment Shakti Bahadur Basnet has said that Prime Minister has the right to reshuffle the cabinet as per the need.

Speaking at a press meet at Surkhet Airport on Saturday, Minister Basnet clarified that PM can decide upon the restructuring of the cabinet. “Reshuffling the Council of Ministers largely depends on the prime minister and his willingness,” he said ruling out the possibility of change of guard at present.

SIBA founder Sitagu Sayadaw presented the Buddha idols in different postures to Nepal through President Bidya Devi Bhandari who is presently on the five-day state visit to Myanmar and her delegation which includes Minister for Foreign Affairs Pradeep Kumar Gyawali and Lumbini Development Trust treasurer Suresh Shakya as well.

Brexit day of reckoning: parliament to vote on Johnson's deal

Prime Minister Boris Johnson puts his last-minute Brexit deal to a vote in an extraordinary sitting of the British parliament on Saturday, a day of reckoning that could decide the course of the United Kingdom’s departure from the European Union.

More than three years since the United Kingdom voted 52-48 to be the first sovereign country to leave the European project, Johnson will try to win parliament’s approval for the divorce treaty he struck in Brussels on Thursday.

Rohit Sharma smashed his third century of the series and combined with Ajinkya Rahane to lift India to 205 for three wickets at tea on the opening day of the third and final test against South Africa on Saturday.

The unbeaten Mumbai duo have added 166 runs for the fourth wicket to rescue the hosts who looked in dire straits at 39 for three in the morning session after opting to bat in Ranchi.

KATHMANDU, May 11: Arguing that some “invisible forces” within the country were involved in delaying completion of the Melamchi Drinking... Read More...

BRUSSELS, August 31: British and the European Union negotiators exchanged recriminations on Wednesday over a lack of progress in the... Read More...

KATHMANDU, April 23: The campaigners of the Bagmati Clean-Up Campaign have urged one and all not to understand this weekly... Read More...