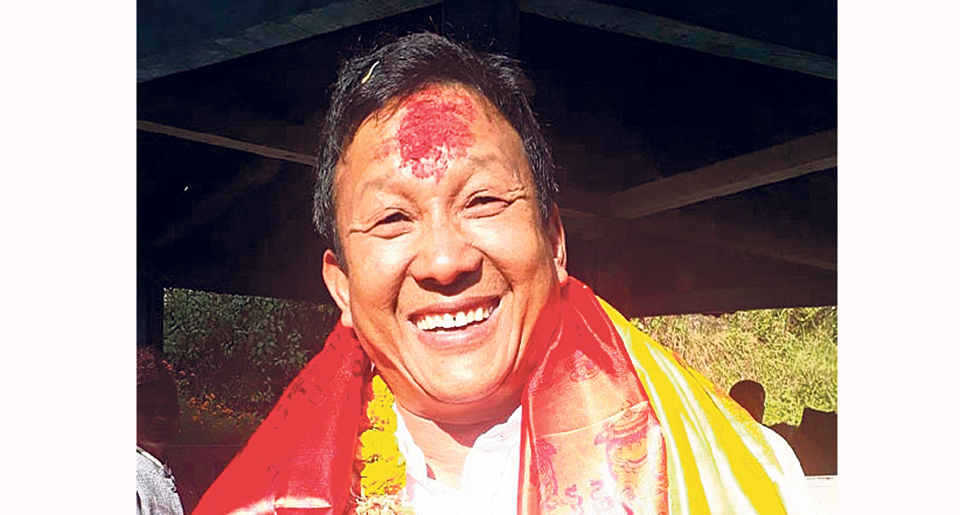 DOLAKHA, Oct 17: At a time when one lawmaker after another has been facing arrest in various cases, Kathmandu District Court has issued an arrest warrant against ruling NCP lawmaker Parbat Gurung in a case of attempted murder. He was elected a member of the House of Representatives from Dolakha.

At least three lawmakers including former speaker of the House of Representatives Krishna Bahadur Mahara are in detention while police carry out their investigations. Police have handed over an arrest warrant issued by Kathmandu District Court to Chairperson of Gaurishankar Rural Municipality Swayam Bahadur Khadka after Gurung failed to appear in court to make his statement.

District court official Akhanda Prasad Shrestha confirmed that the court issued an arrest warrant against Gurung three weeks ago. Police had served the warrant and court summons to the local unit where Gurung belongs.

Birdhawj Khadka of Dolakha had filed a case in court against Gurung accusing him of conspiring to murder him. He has accused Gurung of instructing his cadres to attack him by way of revenge for an earlier incident. Khadka was beaten almost to death in Kathmandu, allegedly by cadres of the then CPN-UML, just two days before the 2017 local elections.

Earlier still, UML cadre Kul Bahadur Tamang was killed in Dolakha in a clash with Maoist cadres. The UML had accused Khadka and other Maoists of involvement in the incident. When an absconding Khadka appeared in Kathmandu just two days prior to the election, UML cadres reportedly beat him up. At the time the Maoists had formed an electoral alliance with the Nepali Congress (NC) and against the then UML for the local poll.

Meanwhile, parliament has suspended the perks and facilities of Rastriya Janata Party Nepal (RJPN) lawmaker Pramod Sah after he was taken into custody Tuesday for vandalizing Janakpur Airport. Sah is facing a police complaint by the district civil aviation office. He was elected to parliament from Sarlahi.

KATHMANDU, June 20: During the zero hour of today's meeting of House of Representatives, Bharat Kumar Shah of the Nepali... Read More...