Cover Story: Cause for concern? 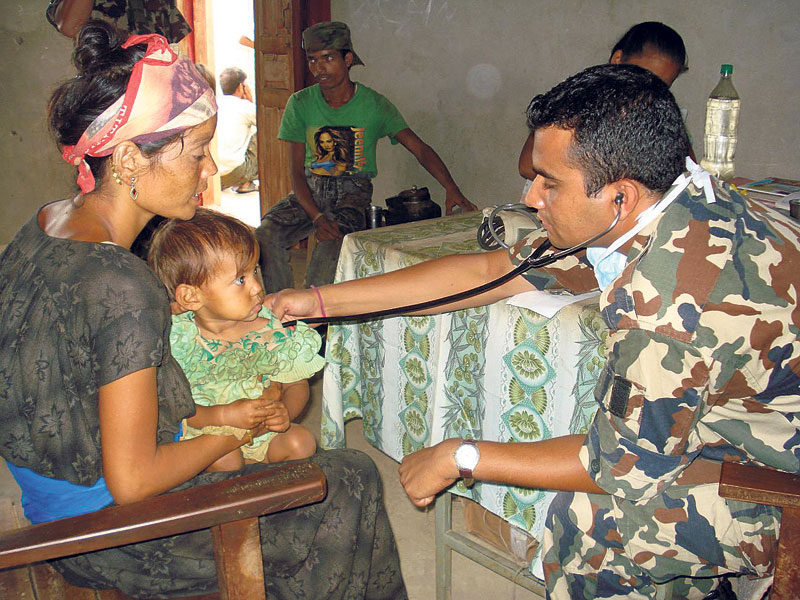 Despite the early warning signs the fact that health workers in the valley failed to exercise caution and implement preventive measures says a lot about the way our health system operates.

As people returned to Kathmandu after the Dashain holidays, news of some suffering from high fever and then testing positive for dengue started surfacing in the Valley. Officials at Epidemiology and Disease Control Division (EDCD) of the Department of Health Services say that more people could be infected in the coming days and that they have already started a dengue search and destroy campaign.

According to Dr Bhim Acharya, director at EDCD, they are doing what they can to tackle the dengue epidemic which is mostly destroying mosquito larvae and its breeding places. In the past four months, 247 cases of dengue have been recorded out of which 219 cases were recorded in Chitwan alone. In Kathmandu, 14 cases of dengue have been treated at Sukraj Tropical and Infectious Disease Hospital in the past six months.

As of now, besides launching an extensive search and destroy campaign in Chitwan, health workers and community workers along with volunteers will destroy breeding grounds for mosquitoes at the airport, New Bus Park, Kalanki and Ring Road areas, which have been identified as high risk zones.

According to Dr Acharya, health workers and volunteers will also urge people to use preventive and protective measures like not hoarding water for long and wearing full-sleeved clothes. He insists that the EDCD is doing all that is in its power to bring the situation under control.

But the fact of the matter remains that epidemics are quite common in Nepal and time and again we hear of outbreaks that result in panic. Just a few days before the earthquake last year, the government’s way of tackling the swine flu outbreak, or rather its half hearted response, in Jajarkot had put the lives of thousands of people living in and around the area at risk. This had raised serious doubts about the government’s ability to deal with epidemics in Nepal.

“Our government doesn’t seem to do anything until it’s too late,” says Sitaram Luitel, a retired teacher, who lives in Kalimati. “First there has to be mass panic, and then the Ministry of Health will come out with a statement saying they are doing all they can,” he adds. Luitel feels that this is where they believe their responsibility begins and ends too.

And indeed that rings true because, even in the recent case, health workers had warned of a dengue epidemic as several studies carried out by the EDCD in the past had found significant numbers of Aedes-aegypti and Aedes-albopicitus mosquitoes responsible for spreading dengue and Zika virus in Kathmandu Valley.

Despite the early warning signs the fact that health workers in the valley failed to exercise caution and implement preventive measures says a lot about the way our health system operates. Just a few months ago the EDCD had sounded the alarm for a cholera outbreak in Kathmandu. Even then it was struggling to curb the spread of the disease.

According to CIWEC clinic, every year Kathmandu valley sees a little over 100 cases of Cholera, except some years when there is an epidemic with larger number of cases. Cholera is an acute infectious disease of the small intestine, caused by the bacteria Vibrio cholera that is characterized by profuse watery diarrhea, vomiting, muscle cramps and severe dehydration.

Subhashini Karki, a resident of Patan, remembers the alarm caused by the cholera outbreak all too clearly. She says that their family ended up buying imported bottled water to cater to their drinking and cooking needs. “This wasn’t a logical solution but we didn’t want to take any chances especially since our health care system isn’t all that reliable and fast acting,” she says.

She narrates an account of how a cousin who was diagnosed with dengue almost a year back chose to go to Delhi for treatment instead of getting admitted in hospitals in Kathmandu. “It is also the lack of faith we have in our health care system that makes us panic every time we hear about epidemics,” she says adding that most of her family and friends are of the belief that our health care system isn’t well equipped to handle large scale epidemics.

Most of the people The Week spoke to also seemed to think along similar lines. They believe that without proper health guidelines and protocols Nepal can’t handle such crises and that is a major cause of alarm. But Dr Acharya of EDCD assures that there are guidelines that EDCD follows in case of an outbreak and that they are working on amending other health rules and regulations too.

Resham Lamichhane, public health officer at EDCD, says that they do conduct awareness programs and take out notices according to the epidemic that’s likely to occur in the near future but the public doesn’t heed to their warnings until it’s too late. “For example, in the Nepali month of Chaitra (March-April), there is usually an outbreak of Cholera and we disseminate information regarding it way in advance,” he says.

According to Lamichhane, the EDCD works well in advance in preparation of any epidemic that is likely to strike. They make sure all the 75 districts of Nepal are stocked with medicine kits that they might require and, in case of an outbreak, even the mobilization of manpower and replenishing of medicine stock happens within 24 hours.

“The public need not panic about an epidemic outbreak because the government will do its part. However, some help from them in terms of prevention wouldn’t go amiss. The public’s role in preventing and controlling epidemics is of paramount importance in this health issue,” he says.

And indeed, the Ministry of Health, in a recent press release, has urged the public to help them to fight epidemics by taking care of hygiene issues and seeking medical assistance at the first sign of contracting any disease. This, Lamichhane and Dr Acharya jointly insist, is perhaps the only way to fight epidemics. 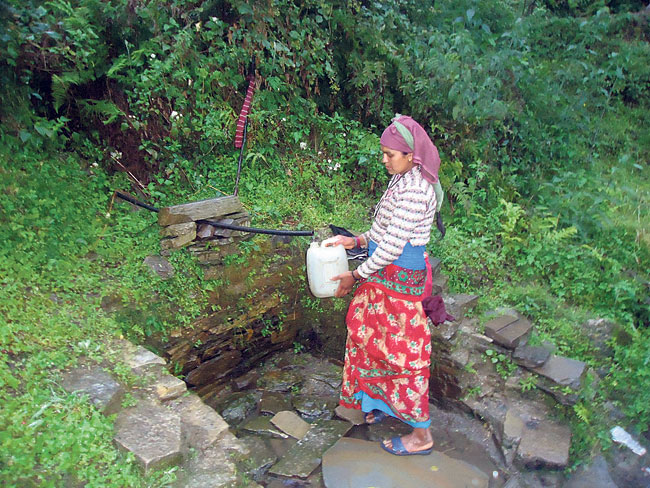 Peruvians duke it out in traditional Christmas fighting festival

Participants in Peru’s annual slugfest battled it out on Sunday (December 25) in the local Takanakuy fighting festival aimed at... Read More...

I will return to Nepal on October 6: Sandeep Lamichhane
16 hours ago

In Pictures: People leave Kathmandu in droves for Dashain
15 hours ago

Regular flight started from Ramechhap to Lukla
13 hours ago

Flying drones within five km of TIA banned
13 hours ago

President did not follow rules and procedures: General Secy Gurung
9 hours ago

Two killed in mini truck accident in Dhading
10 hours ago

Flying drones within five km of TIA banned
13 hours ago