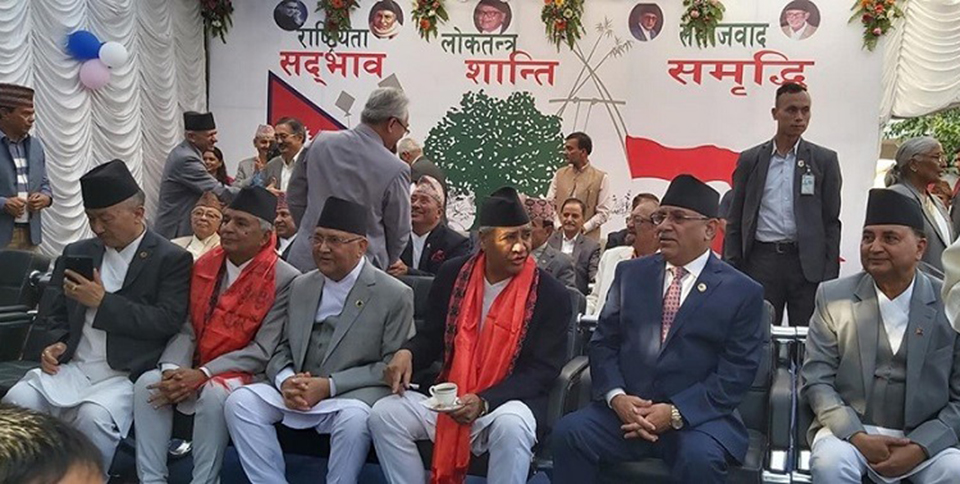 Speaking at a tea reception organized by the Nepali Congress (NC) on the occasion of Dashain, Tihar, and Chhath festivals at party office Sanepa on Sunday, leaders stressed the need for political unity for prosperity and development in the country.

“Such festivals bring us together. Cooperation with the NC helps us in moving forward for bringing changes in society and the country,” said Prime Minister Oli.

Chairperson of the ruling Nepal Communist Party (NCP) Pushpa Kamal Dahal recalled his cooperation with the then president of NC, Girija Prasad Koirala, for the peace process in the country. Dahal further reiterated the importance of consensual politics in the country.

PORTUGAL, Sept 21: Nepali Congress senior leader Ramchandra Poudel has underlined the need of moving ahead by protecting the achievements of... Read More...

Economy is on the mend: NRB
9 hours ago