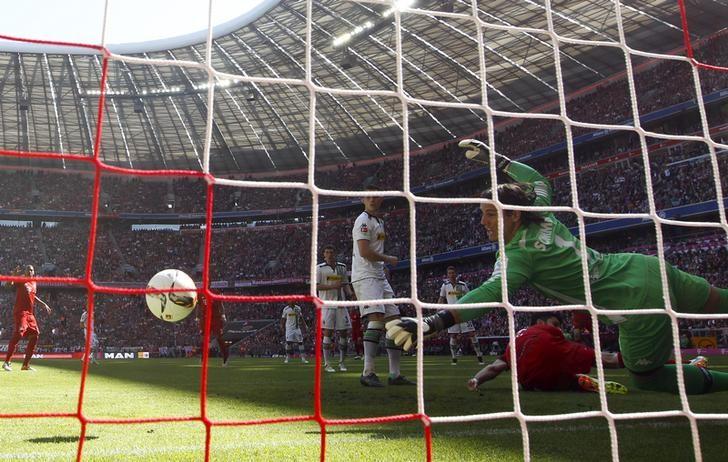 BERLIN, Oct 20: Borussia Moenchengladbach, fresh from their first Champions League win this season, are preparing for what is their most difficult task this season with holders Bayern Munich awaiting on Saturday.

Gladbach will go into the game brimming with confidence following their 2-0 victory at Celtic on Wednesday that earned them three points and kept their hopes of making the Champions League knockout stage alive.

"Victories are always good for the team. We got a win under difficult conditions and it will be exactly the same on Saturday," scorer Lars Stindl said. "We want to get the maximum out of that game in Munich.

"It is always tough against them but in the past few matches we always looked good against Bayern. Nevertheless for us it is still the toughest game of the season."

Injury-hit Gladbach have slipped to ninth in the league after their top four finish last season, with one win in their last three matches.

Against Bayern, they will still be without attacking midfielder Raffael and striker Thorgan Hazard, among more than half a dozen injured players.

"Bayern are not invincible," said central defender Jannik Vestergaard, with Gladbach having lost just three of their last 10 encounters against the Bavarians.

The Bavarians, however, seem to have rediscovered their form just in time with a 4-1 demolition of PSV Eindhoven after failing to win any of their previous three matches in all competitions, including their last two Bundesliga matches.

"Our reaction against Eindhoven was good. We learned our lessons from the draw against Eintracht Frankfurt (last week)," Bayern coach Carlo Ancelotti said.

"Now we need to keep working at it."

The 4-1 scoreline, though, does not tell the whole story with Bayern's defence far from the solid backline under former coach Pep Guardiola.

The Bavarians were caught off guard late in the first half for Eindhoven to pull a goal back and were it not for keeper Manuel Neuer the Dutch side could have levelled after the break.

"Obviously there are things we need to improve. In the first half and early in the second we allowed far too many quick breaks. We need to fix that," said Bayern winger Arjen Robben.

The Dutchman knows full well that Gladbach's lightning quick counter-attacks will be far more dangerous than Eindhoven with Stindl and Andre Hahn, both scorers in Glasgow, leading the charge.

Bayern are top on 17 points, two ahead of Cologne and RB Leipzig.

"We must carry that form into the Bundesliga," said Bayern's Thomas Mueller, who has yet to score in the league this season.

"We are still top of the table but our rivals are hot on our heels and the last two draws were something we did not like."