‘There should be a legal age for drinking alcoholic beverage’ 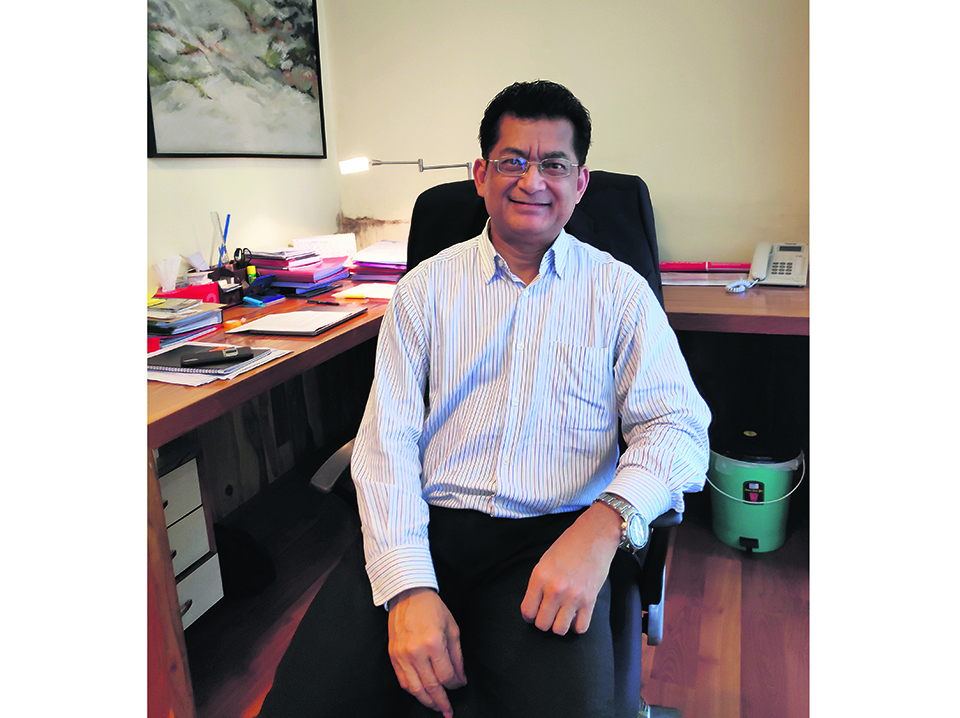 With the advent of festive season, which coincides with the Oktoberfest of Germany, Republica's Aditi Baral interviewed Sashin Joshi, the executive director of Jawlakhel Group of Industries, which produces premium German beer brand Warsteiner in Nepal. Excerpts:

How is the response of Nepali individuals toward Warsteiner beer? In your opinion do Nepalis prefer this beer over other beers?
Nepali peoplsed to having slightly mild beer but it's important for beers to have a bitter taste. I have found that a lot of Nepalis complain about bitterness when they try Warsteiner for the first time.
However, on trying for couple of times people tend to like the taste.

Like I mentioned above, Warsteiner might not be preferred by Nepalis when tried for a single time. But, for the ones who already have a real taste of beer and have tried it a couple of times, they definitely prefer Warsteiner beer over any other beers.

Has the demand of Warsteiner beer increased since when it was introduced in Nepal?
Yes, without any doubt the demand for this beer has increased since when it was first launched in Nepal. Nevertheless, we do not intend to have the largest market share in Nepal. In Nepal, the total consumption of beer is about 18 million cases annually. Out of that, our target is limited to 500-600 cases. Prioritizing quality over quantity, we're looking for market share of not more than five percent.

Are you planning to bring any other varieties of this beer in Nepal?
Yes. We are about to launch another brand of beer from Warsteiner. It is called Isenbeck and it is also another big brand in Germany.

How do you think we should promote responsible drinking?
I personally believe that every beverage, be it alcoholic or non alcoholic, has a fun element in it, but excessive drinking of anything will ruin the fun. We have put it in our labels too that JGI (Jawalakhel Group of Industries) believes in safe drinking. Also, anyone below 18 years of age cannot have excess to our website. With every promotional material we put up, we try to ensure that the message of 'responsible drinking' goes out clearly. Hence we fully discourage excessive drinking and promote safe drinking .

As one of the highest standard beers in Germany, is there the same standard in Nepal? And what are your expectations from the Nepali consumers?
Yes, we do have world-class standard here. Recently, we signed up with Budweiser which is an international brand. The members from the company came here and checked our factory. They also checked many other beer companies in Nepal and said “this is the only factory that can qualify in making our brand”. I think this speaks volumes in itself.

We want to be known as the company that sells the best beer in Nepal, not the most beer in Nepal. We do expect positive response from consumers but we expect limitation in excessive drinking.

Yes, the purity law has rightfully been followed in Nepal as well. Without following this law, the company wouldn't have allowed us to manufacture Warsteiner beer in Nepal. Every time we manufacture new cans of beer we send some samples to Germany. These beers are sold in the market only after the new samples are approved by the company.

Warsteiner brand is one of the flagship brands of Germany's Warsteiner Brewery, which was founded in 1753. Today, it is one of the largest privately held breweries in Germany.

Warsteiner claims that the brand is equally successful around the globe with the premium beer brand served in more than 60 countries worldwide.

According to the official website of Warsteiner, the export business is supported by its own sales organizations abroad as well as through cooperation agreements with international partner breweries. In several countries, Warsteiner is produced under license agreements.

The Warsteiner Brewery is a family-owned company with its headquarters in the Sauerland region in the German state of Westphalia. Today, the company is managed by the 9th generation of the Cramer family, Catharina Cramer, who visited Nepal recently to launch the brand here.

Its history of unparalleled rise from a mere regional beer to an international premium brand is rooted in the concepts of tradition and innovation—values which still today define the company as well as the brand, the website further wrote.

With continuous investments in logistics and technology, the Warsteiner Brewery says it has succeeded in reducing its consumption of energy, water and resources year after year and lowered its CO2 emissions in the long-run.

“A private railway siding with container terminal, a block heating power plant with an output of 2.3 Megawatts and the Warsteiner Brew Academy for Research and Development are testaments to the multiple efforts to increase efficiency while reducing the environmental footprint of the company,” reads an introduction of the brewery on the website.

Warsteiner is one of the highest standard beers in Germany

Raj Brewery Pvt Ltd, a company under Jawalakhel Group of Industries, rolled out Warsteiner, a German beer, in the Nepali... Read More...