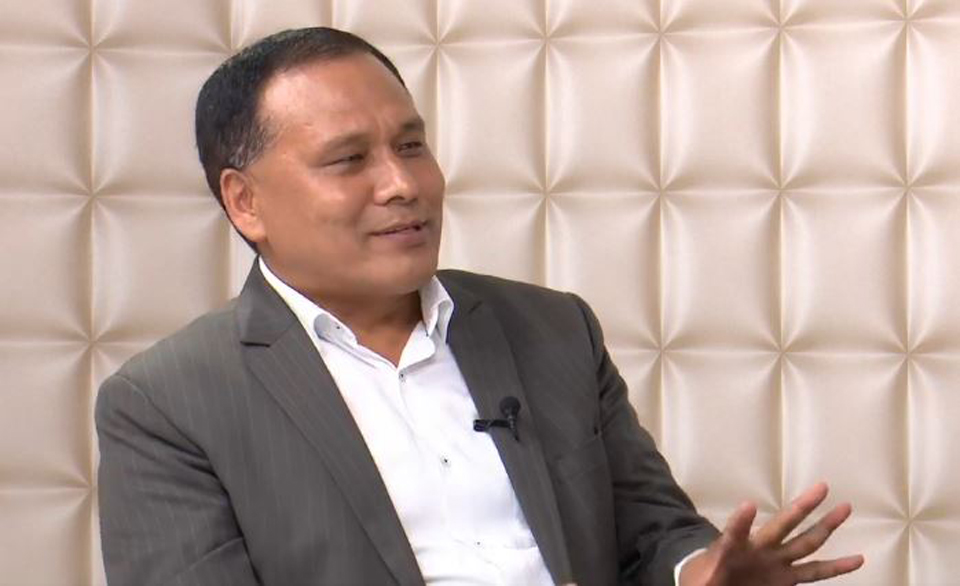 Ghising, while talking to Shreeram Poudel on Nagarik Frontline on Wednesday said that Nepal has been reducing its dependency on India for electricity. “We are not only cutting off dedepency but also reaching at the stage that we are soon selling electricity,” said Ghising, “NEA is working round the clock to meet the goal of 15000MW of electricity within ten years.”

While talking about the success of NEA after he was appointed to the post, he said that honesty, sincerity and dedication to profession is his formula to this feat. He further stressed that employees must have ownership to the institution. He said that having ownership of employee is a primary factor for the growth of any institution.

According to Ghising, NEA is working on internal reforms. Similarly, he also said that electric and other wires in Kathmandu valley will be soon managed to enhance the beauty of this antique city. “Smart billing is another initition that we have currently made which will help in cutting off manpower cost and bring tansparency in billling and finance,” he added.

Ghising informed that power theft has reduced to 15% from 25 %, and will dip to lower graph in the days to come.

“We are also making work plans to bring improvements outside the valley. There are some procedural and technical difficulties. After sorting them out, NEA will expedite its works in a bid to bring reforms out of capital too,” MD Ghising said.

He also said that NEA has started to set up charging stations round the nation to encourage electric vehicles .

Ghising concerned over fake twitter accounts in his name