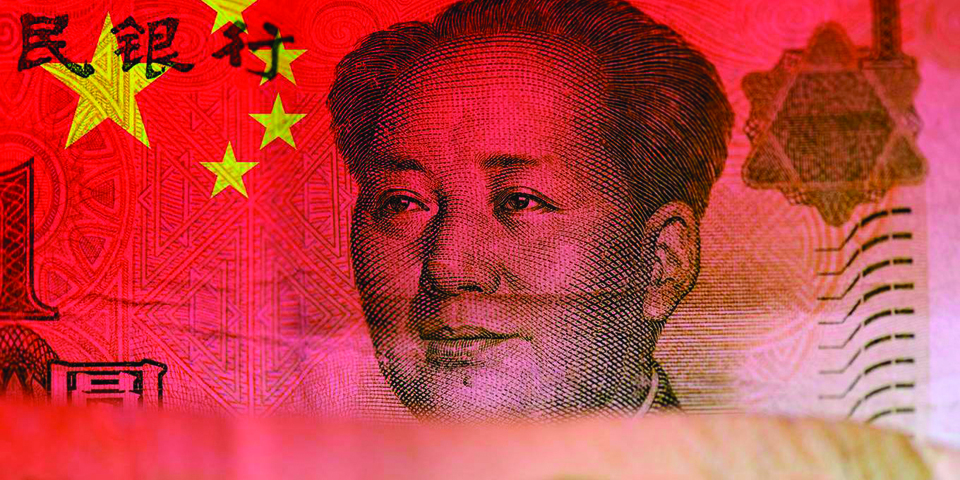 To continue China’s integration into global networks, the authorities will need to overcome strategic challenges

HONG KONG – Over the last four decades, China has integrated into global networks in trade, finance, data, and culture (encompassing social values, religion, and political beliefs). But, as the United States embraces protectionism, continued progress on global integration will require China to adjust its approach.

Since the 1980s, China’s approach to development has centered on experimentation and phased implementation. Thanks to this “pilot and expand” strategy, in 2013—12 years after acceding to the World Trade Organization—China became the world’s largest trading economy (for goods). In 2018, its trade-to-GDP ratio stood at 38 percent, substantially higher than that of the US (27 percent in 2017).

As for financial markets, China’s leaders have been adamant about ensuring that liberalization will occur only when domestic exchanges and the regulatory framework are robust and credible enough to manage the relevant risks. So policymakers have pursued a two-tier, phased strategy that capitalizes on Hong Kong’s unique position in the Chinese and international markets.

In the 20 years since China’s state-owned enterprises began listing shares and raising funds in Hong Kong, the city—with its low taxes and strong infrastructure for enforcing the rule of law—has become a global financial center. In the process, Hong Kong has served as a catalyst and intermediary for broader financial-market liberalization in China, offering a kind of buffer zone for experimenting with the interactions between mainland and offshore renminbi financial markets.

Thanks to this approach, China’s share of global debt and equity markets has increased sharply. In 2004, China accounted for 1.2 percent of the world bond market, compared with 42.2 percent for the US, 26.5 percent for European Union, and 18.7 percent for Japan. By the end of 2018, China’s bond market had expanded to account for 12.6 percent of world total, while America’s had shrunk to 40.2 percent, the EU’s to 20.9 percent, and Japan’s to 12.2 percent.

Similarly, mainland China’s share of global equity-market capitalization rose from 1.2 percent in 2004 to 8.5 percent in 2018; add to that Hong Kong’s share, and China’s total rises to 13.6 percent. Over the same period, America’s share of global equity-market capitalization fell from 45.4 percent to 40.8 percent; the EU’s dropped from 16.3 percent to 10.8 percent; and Japan’s shrank from 16.3 percent to 7.1 percent.

Yet China still has a lot of work to do on integration. As a recent McKinsey report showed, more than 80 percent of the revenues of China’s 110 global Fortune 500 companies are domestic, and foreign ownership in China’s banking, securities, and bond markets remains below six percent. Moreover, the barriers to continued progress are significant. To continue China’s integration into global networks, the authorities will need to overcome at least four major strategic challenges.

Four challenges
The first challenge is to rein in debt, which has increased more than fivefold economy-wide over the last decade, and now exceeds 300 percent of GDP—similar to advanced-country levels. While China can afford to consume and invest more, given its high domestic savings rate, it will also need to deepen its equity markets, in order to lower long-term debt risks.

Second, China must find ways to advance renminbi internationalization. Since 2009, China’s government has been working hard to expand the currency’s international use. But, according to the Bank for International Settlements, the renminbi accounted for just 2.1 percent of total daily foreign-exchange trading in April of this year—far behind the US dollar (44 percent), the euro (16 percent), and the Japanese yen (8.5 percent).

China will also need to adjust to having a broadly balanced current account, after decades as a major surplus country. In order to maintain a healthy balance of payments and avoid taking on too much risk, China must now ensure that its capital outflows are roughly balanced with inflows of foreign funds.

The fourth challenge China faces in achieving further global integration lies in the unfriendly external environment, shaped by anxieties over excessive or uneven flows of goods, capital, data, people, and culture. Nowhere is this more apparent than in US President Donald Trump’s administration and its assault on the global trading system, including an escalating trade war with China.

Expand the efforts
With negotiations having failed to end that trade war—not least because of fundamentally different worldviews—the Trump administration is doing everything it can to “win.” Most recently, it proposed new regulations that would expand the government’s authority, through the Committee on Foreign Investment in the United States (CFIUS), to block transactions relating to technology, infrastructure, personal data, and real estate on national-security grounds. The rules would affect actors, such as China, that trade with countries that are subject to US sanctions.

The escalating conflict with the US puts severe pressure on China’s gradual “pilot and expand” strategy. To be sure, China has broadened its two-tier approach to integration in recent years, incorporating a growing number of mainland provinces into pilot projects like the Shanghai free-trade zone. China hopes that, much like Hong Kong, these pilot cities can sustain its integration momentum, helping it gradually align its legal and regulatory regime with global frameworks for trade, finance, taxation, and other transactions.

But China will need to expand and augment these efforts if it is to protect its linkages to global finance, data, and knowledge networks. Only with bold, smart, and innovative action can policymakers ensure that China’s pilot cities continue to lead the way toward a more open, integrated, peaceful, and prosperous future.

Andrew Sheng is Distinguished Fellow of the Asia Global Institute at the University of Hong Kong and a member of the UNEP Advisory Council on Sustainable Finance. Xiao Geng, President of the Hong Kong Institution for International Finance, is a professor and Director of the Research Institute of Maritime Silk-Road at Peking
University HSBC Business School

Prior infection, vaccines provide best protection from COVID
6 minutes ago

Westerly wind likely to cause rain, snowfall
36 minutes ago