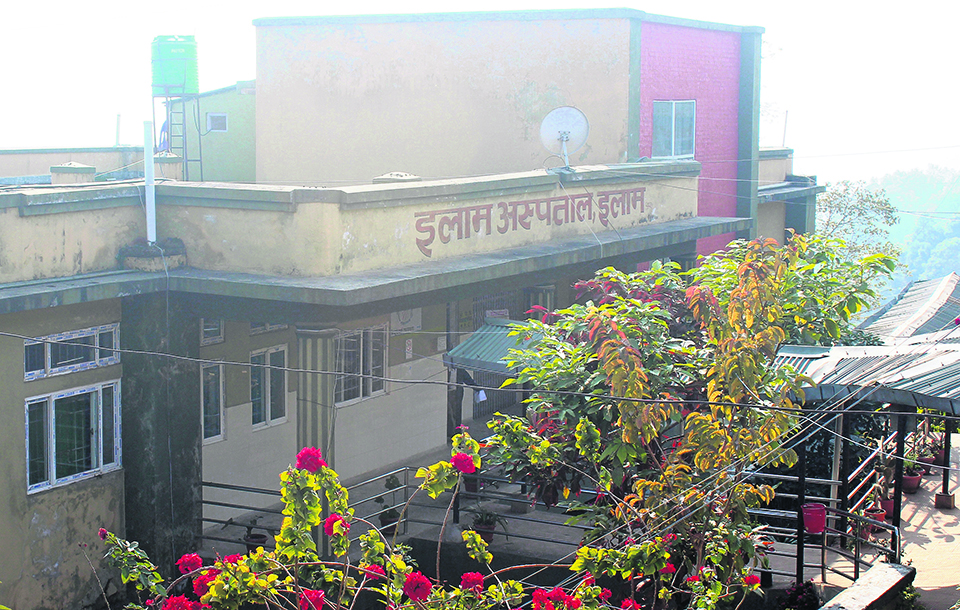 ILAM, Sept 25: Ilam District Hospital is losing its doctors and staff to the employee adjustment process while the hospital is not certain about their replacement.

Dr Pawan Jung Rayamajhi, the only gynecologist at the hospital, who is also the hospital chief, has received a letter about his new posting. He will be leaving for his new work place in Kathmandu this week.

Similarly, Dr Depika Rijal is about to leave the hospital as she has been deputed to a mountainous district. Health worker at the hospital Bhim Chauhan has been posted to some primary health post and is about to set off to his new work place.

"I received the letter recently. I have to leave this hospital," said Dr Rayamajhi. "Other friends cannot continue here either as they have also been handed over the posting letters," he added.

According to Dr Rayamajhi, his posting will affect service seekers as no new gynecologist has been deputed at the hospital. However, he has to follow the government order and join his duty at the new station.

"There are five doctors and a few staff here. This is already an understaffed hospital. In fact, the number of doctors here was never enough," he reported. "And now, the adjustment scheme has hard hit many hospitals including this. There should have been additional doctors in the pool to avoid the mess," he added.

Dr Rayamajhi further stated that the adjustment has already affected service at the hospital. Except for C-section, the hospital has not performed other major operations since the last few days.

"In Ilam, this is the only hospital which carries C-section delivery. Other major operations have been halted for the time being," he stated.

Around 200 patients visit the hospital on a daily basis. And in the lack of sufficient number of doctors and staff, interns have largely been providing service to the patients.

"We come here to get treated by doctors. But there are students, who seem to experiment on us. This is so frustrating," said Santosh Tamang, kin of a patient admitted to the hospital. "Shouldn't a specialist doctor be handling the case? How can the government be so negligent toward the people?" he questioned.

It is not just this hospital which is in a mess. Four primary health centers in the district are also on the verge of facing the same situation. According to Raj Shankar Dev, chief of the health division of Mai Jogmai Rural Municipality, the adjustment process is going to have a negative impact on those health posts.

"The health centers will be hit hard under this adjustment process. Doctors and staff are going elsewhere and we have no idea whether others will come to fill the gap," he said.