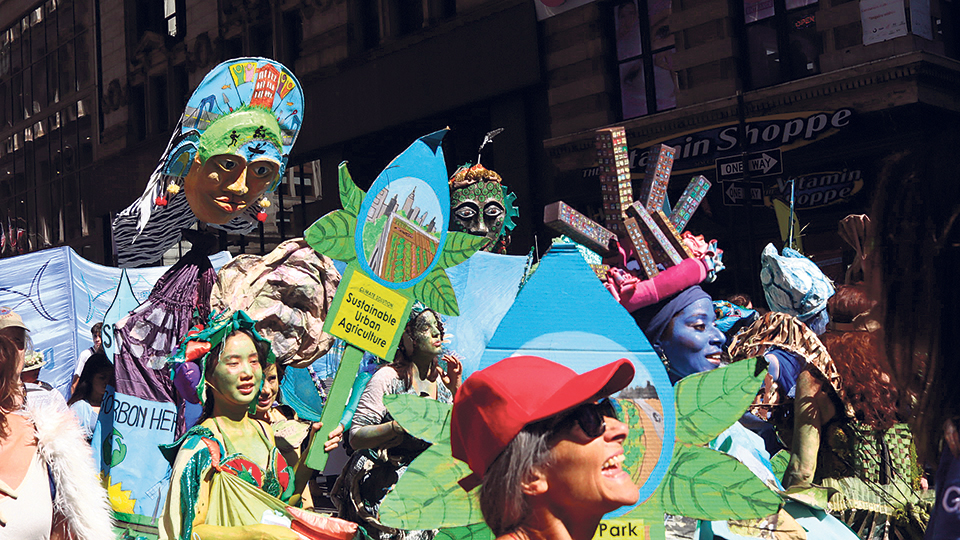 NEW YORK, Sept 22: Millions of youths and school students marched on the streets around the world on Friday to draw the attention of their governments for climate action, ahead of the 74th General Assembly of the United Nations.

Climate Change is one among the major agendas at the General Assembly of the United Nations this year.

Hundreds of thousands of schoolchildren and youths marched on the streets of New York on Friday, which was an unprecedented march by the youths on climate change issue, according to the organizers.

"Over 4 million on #ClimateStrike today. In 163 countries. And counting... If you belong to the small number of people who feel threatened by us, then we have some very bad news for you: This is just the beginning. Change is coming - like it or not,” Greta Thunberg, a 16-year-old Swedish climate activist, tweeted after addressing the March in New York.

Students and youths said they resorted to the street to pile pressure on the policymakers to take necessary action for reducing carbon emission and global warming.

Those were the very key changes in politics so we start here and the politics in the world needs to change.” 30-year old business analyst in New York, Rose De Bie, told Republica. “If we don't change something humans will go extinct and I won't have kids and grandkids. Such big marches are one of the most impressive methods to bring change. If you think back about the civil rights it is the result of people taking to the streets,” said Bie. "

According to a recent report of International Center for Integrated Mountain Development (ICIMOD), Hindukush Himalayas is also known as Third Pole region which would lose its two-third glaciers by 2100 if global climate actions failed and carbon emissions continued increasing at the present rate.

The region covers 3,500 kilometers of mountainous line between Afghanistan and Myanmar including Nepal. Owner of the eight of the world's 14 mountains over 8,000 meters, Nepal has been enjoying mountain-driven tourism for long.

Activists carried placards, demonstrated and chanted slogans urging the world powers to check facts and data to realize that climate change is not a hoax.  They also demanded the implementation of the Paris Agreement on climate action which had set targets to limit global warming by 1.5 degrees by the end of the century by reducing carbon emission.

“I am here because I believe in the cause. I don't think that climate change should be politically driven at all because it is a scientific fact. The earth is heating up and we are exploiting the gases on the ground that are clearly more renewable resources to use,” said 17-year old student Helin who was also in the rally.

Keeping climate change in check will require reducing the carbon footprint associated with global shipping, which accounts for the bulk... Read More...