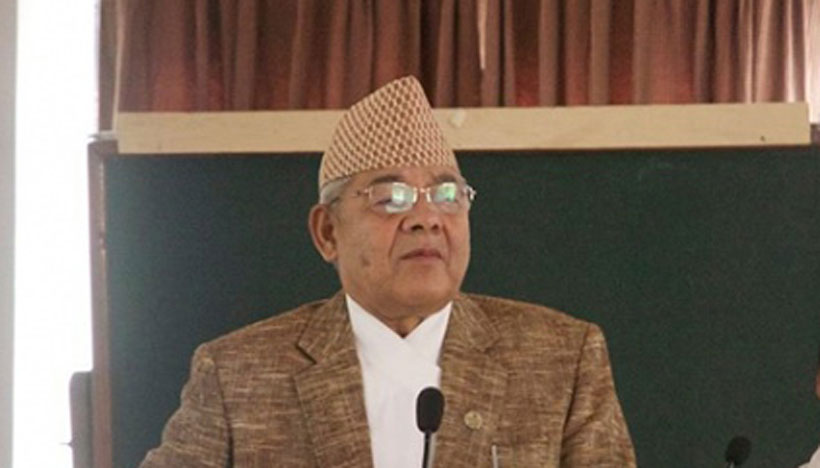 In a statement issued on Saturday, Gautam stressed on the need of fielding an experienced and capable party cadre for the seat.

“I believe that a local comrade will easily emerge victorious in the election than me,” said Gautam, who has led the home ministry many times. He said he took the decision after he sensed less possibility of winning the election due to narrow margin of vote difference in the last election.

Kaski-2, the constituency of late Rabindra Adhikari, the then tourism minister who died in a helicopter accident in February, is slated to go for the by-elections together with other constituencies with vacant seats at the local and provincial levels on November 30.

Earlier, Gautam had proposed fielding a member of Adhikari's own family for the by-election.

Gautam has repeatedly expressed a desire to rejoin parliament. He back-tracked from his plan to contest for a parliamentary seat from a constituency in Kathmandu by getting incumbent lawmaker Rambir Manandhar of NCP to vacate the seat to that end only after a public outcry over.

Gautam's remarks come in the wake of the NC's announcement to field a senior leader with the motive of defeating him in the election.

REPUBLICA, Feb 24: The ruling Nepal Communist Party (NCP) has formed a task force to do its homework for amending... Read More...

Imitating 'People's War' for revolution is beyond possibility, says Dahal