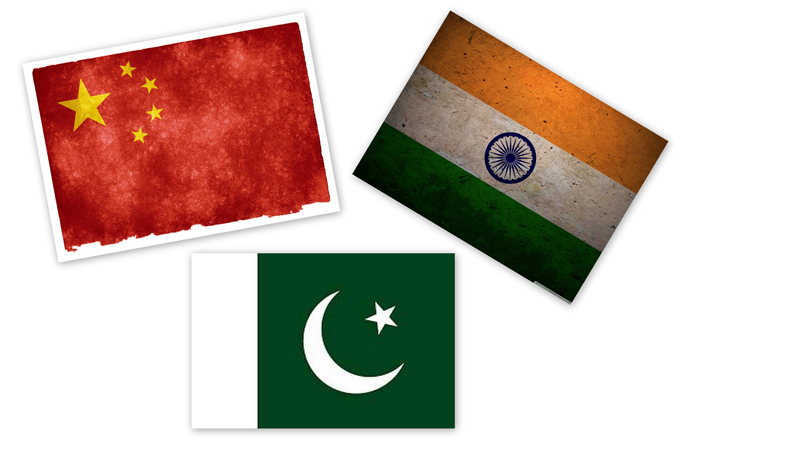 True isolation of terror and an end of the unilateral hegemony in the world can be achieved only if China and India cooperate
The formation of BRICS was seen as a significant event to shatter Western hegemony in the world and signify the ‘rise of the rest’. But indicators at its recently held summit at Goa, in India, have raised enough doubts on its real impact.

India’s foreign policy currently seems to be driven by a narrow-minded drive to isolate Pakistan. To do that, it does not hesitate to use every available forum. In the bargain, however, an institution with a promise of a broader impact on the world is seen to be drifting towards an insignificant gathering used for neighbor-bashing. SAARC, an institution with similar promises at regional level, is already comatose because of the friction between the quarrelling twins.

During the BRICS summit, India’s one and only aim seemed to be to isolate Pakistan.

The outcome of the summit—a qualified and measured response from other members, and an unenthusiastic glance from the biggest partner, China—is a sign that India’s muscles are not strong enough to meet the challenges the geopolitical tensions of the world are throwing up.

The outcome is certainly an indication that India cannot meet its aim in the current arrangement of alignments. But, rather than suggest a relook at the overall strategy, Indian pundits are advising a concerted bilateral effort with China to isolate Pakistan. This will further reinforce the failure. Eventually, India has to either rethink its strategy or limit its ambitions.

History of myopia
In the 21st century, India has become a strategic partner of the United States. In the current geopolitical juxtaposition, the ‘West’ is limited to the ‘US’ and this strategy has in reality made India an instrument of the West. India has not made any effort to hide its intention of teaming up with China’s rivals on the South China Sea front. This vigor, directed against China, has severe side effects. The ‘cold breath of fire’ that the dragon hissed at India’s proposals during the BRICS summit is a result of that.

Although started on good terms with idealistic fervor in 1949, with Nehru promptly endorsing Mao’s leadership based on socialist convictions and India helping China to become a member of the UN against the wish of the Western powers, India’s relationship with China soon got trapped into a downward spiral.

The two countries fought a war in 1962. They have unresolved border disputes along the Himalayan frontier till today and there exists a great amount of distrust in general public.

India has supported the Tibetans fighting for freedom from the Chinese and hosts its leader Dalai Lama and the Tibetan Government in Exile at Dharamshala in Himachal Pradesh. China has a stand on Kashmir objectionable to India.

Among the people, especially in India, the media projects China as an enemy nation. The Bollywood movies based on 1962 war have contributed to establishing an image of a ‘clever and untrustworthy’ enemy at the Himalayan gate. It hasn’t helped that the war literature, including the ones by Indian Army officers, paints a different picture.

Himalayan Blunder by Brigadier J P Dalvi, a brigade commander in the NEFA during the 1962 war who was taken a prisoner of war by the Chinese, attributes the military failure to a myopic strategy by the higher military echelons of the era. War in the High Himalayas by Major General DK Palit, the Director of Military Operations during the war, attributes the failure mostly to the political leadership.

The political leadership of India has not made the war report by an independent commission public till date. Even a book, India’s China War, by Australian Journalist Nevielle Maxwell was banned in India for a long time.

An independent assessment of the issues that led to the war between the two Asian giants suggests that it was a political failure on India’s side as a result of a myopic strategic vision. It is also noteworthy that China had declared a ceasefire unilaterally after a victory and had immediately vacated all the territory it won during the war. But the Indian historians, and the media at large, comfortably ignored these facts and fueled unproductive jingoism and paranoia.

Lost opportunities
Because of India’s belligerent stand, and also its preference in present global alignments, China is forced to dig deeper into Pakistan despite the terror situation. Chinese interest in the region is definitely critical to its growth. A risky pass through Pakistan helps the Chinese to short-circuit the bottleneck of Malacca and Western Pacific susceptible to interdiction by the US. Therefore, Pakistan remains a thick friend for the Dragon and it ignores its notorious overtures in the neighborhood.

On one hand, India seems to be hoping to gain Chinese cooperation in isolating Pakistan; on the other, it is also collaborating to threaten the Chinese interests in the region without a promise of much gain to itself, forget a long-term strategic advantage. This suggests nothing but a strategic failure.

Instead, true isolation of terror, both regional and global, and also an end of the unilateral hegemony in the world, can be achieved only if China and India cooperate in real terms.

India shares a long border with China and the possibility of providing secure energy corridor to China exists. India and China can become partners in mutual growth by using multiple accesses to the Arabian Sea and the Bay of Bengal.

A strategic cooperation, and any such projects developed under this alignment, will be beneficial not only for the two Asian giants but for the region as a whole. It will automatically make Pakistan much less significant for China economically, and hence meet India’s aim of stopping the funds being channelized for terrorist activities targeted at India. This will also mean new possibilities for the region in economic development, infrastructure, hydro-power cooperation and employment generation.

In the international security field, a joint security mechanism, under Chinese flag in the Pacific and under Indian Flag in the India Ocean, can be constituted to secure the sea lanes of communication. If the Chinese fleet is permitted to berth in Indian ports as an ally nation, the String of Pearls will be a meaningless jargon and much of Indian effort being tied up on this front can be diverted to other challenges. This will indeed redefine Asia and the world.

A vibrant bridge?
In this whole development, Nepal has to aim for a significant role and facilitate the progression. It is indeed a fortunate opportunity that Nepal is geographically placed between the two giants. But in the present situation, we cannot really be the ‘Vibrant Bridge’ that we are aiming for. Rather we are being sandwiched between two great rivals.

Currently, the two giants are wasting a lot of effort in limiting each other rather than making a positive contribution to the region. For example an effort at infrastructure development in Nepal with Chinese help is seen with suspicion by India and its resources are diverted to stall any such project at the inception.

Until India and China really want to be connected, and until India gives away the misperception that an opportunistic alliance with the West and an inimical attitude towards its neighbors, especially China, is in its interest, our aim of becoming a vibrant bridge has no meaning.

There is an urgent need for a strategic shift by India. Only then will we see an end of the present unhealthy rivalry between the two giants in Asia, and especially in South Asia. This will truly open an ocean of opportunities for the world.