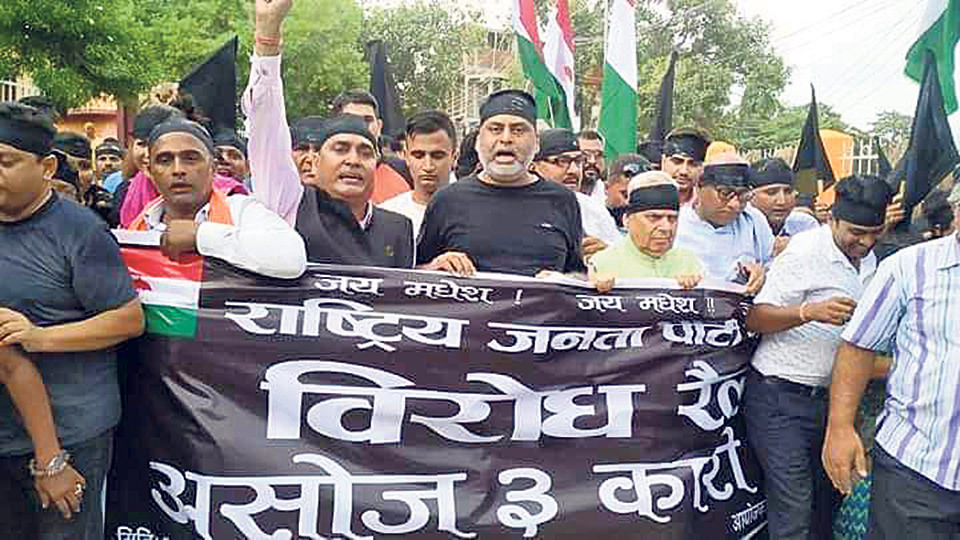 JANAKPUR, Sept 21: As the people marked the Constitution Day with fanfare across the country, Chief Minister of Province 2, Lalbabu Raut, snubbed all of the functions organized on the occasion.

Some of provincial ministers, however, attended the anti-constitution protests to mark the day as a black day. The ministers’ protest was organized just after civil servants and members of security forces organized a rally in support of the constitution.

Chief Minister Raut didn’t attend a cleanup program that was attended by chief district officers and top civil servants and mayor of Janakpurdham.

As per agreement reached during the all-party meeting, it had been decided that all stakeholders would be present at the Janaki Temple on Friday, to mark the Constitution Day. But Chief Minister Raut and his ministers didn’t show up as promised.

In his address to the party supporters Chief Minister Raut warned that the country would face serious consequences if the constitution amendment was delayed.  In the evening, RJPN cadres enforced a 15-minute black out in protest of the ‘discriminatory’ provisions in the Constitution starting from 7 pm.