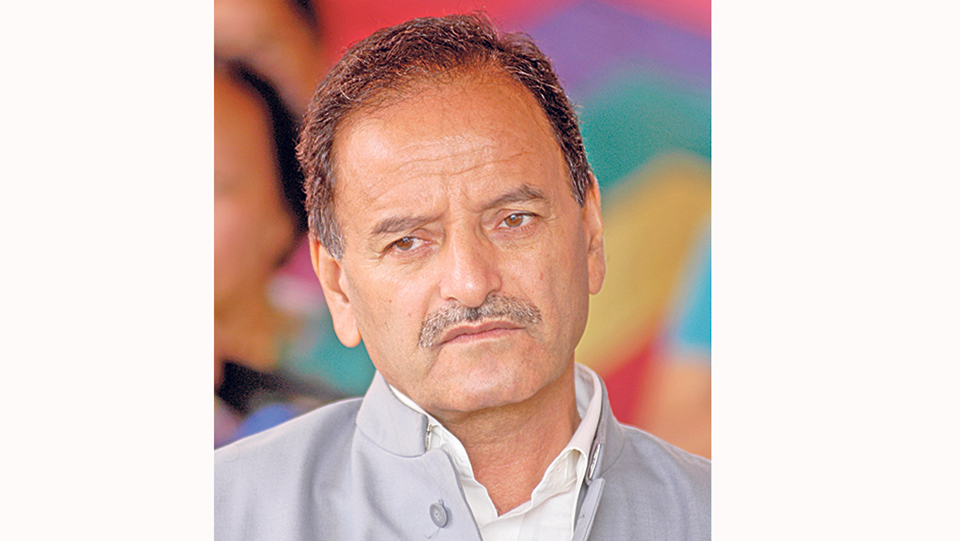 KATHMANDU, Sept 20: As the country marks the fourth anniversary of the promulgation of the new constitution, an influential leader of the main opposition party, Nepali Congress (NC), has alleged that the government has been trying to weaken the spirit of the constitution.

Former General Secretary of NC, Krishna Prasad Sitaula said that the attempt of the government to deny rights to provinces as stipulated in the constitution, undermine the role of constitutional bodies including the judiciary and the government’s indifference toward transparency, accountability and stifle the dissenting voice were indications to that end.

Speaking at an interaction organized by Nepal Press Union in the capital on Thursday, Sitaula said the government’s arbitrary moves had given space for various disgruntled forces in the country to raise voice against the current political system.

Sitaula, who played a crucial role in drafting the new constitution, said NC wants to see the constitution as a dynamic document except for its fundamental characteristics. “Any extra-constitutional move of the government may not hurt the constitution alone but also to the entire country,” he said.