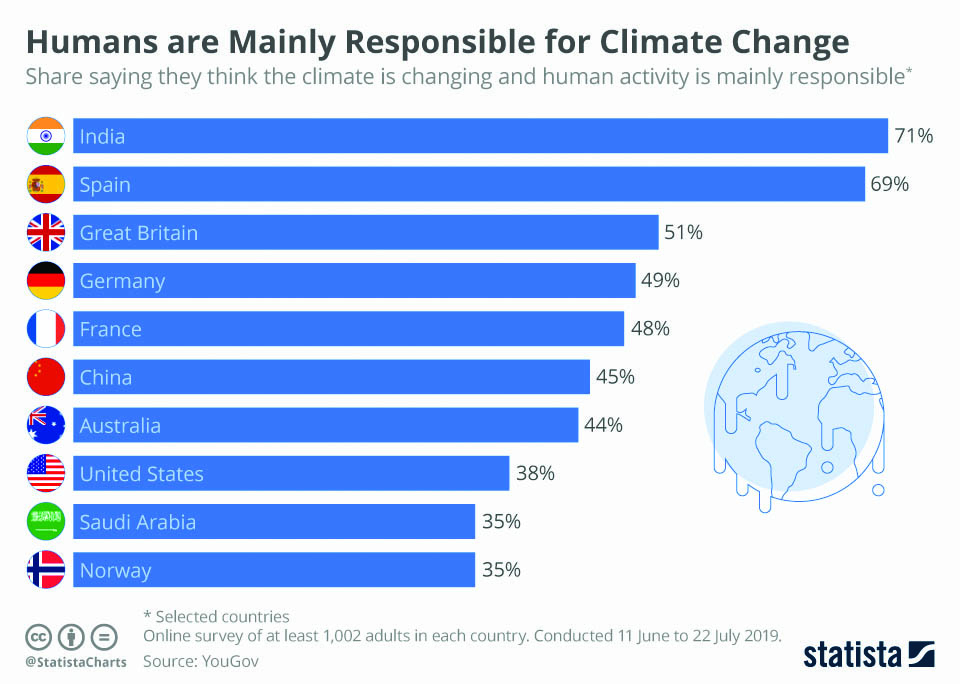 By now, most people have accepted that climate change is real, and that it is happening. What we can't all agree on though, is what the main cause is. Close to an absolute majority of the world's scientists are adamant that we as humans are the main factor behind the speed and extent to which our climate is changing. When though, like YouGov, you ask the people what they think, the picture becomes a bit cloudier.

As this infographic shows, of the countries surveyed, India has the largest share of people that think human activity is mainly responsible for climate change (71 percent). At the other end of the scale however, only 35 percent of respondents in Norway and Saudi Arabia believe we should take the lion's share of the responsibility. In Norway, the most widely held belief is that while human activity is partly responsible, there are other factors which should be taken into account (48 percent).

When it comes to outright climate change deniers, the survey suggests that the USA harbors the largest share. There, 6 percent say the climate is not changing, and 9 percent say it is changing but not at all due to humans.