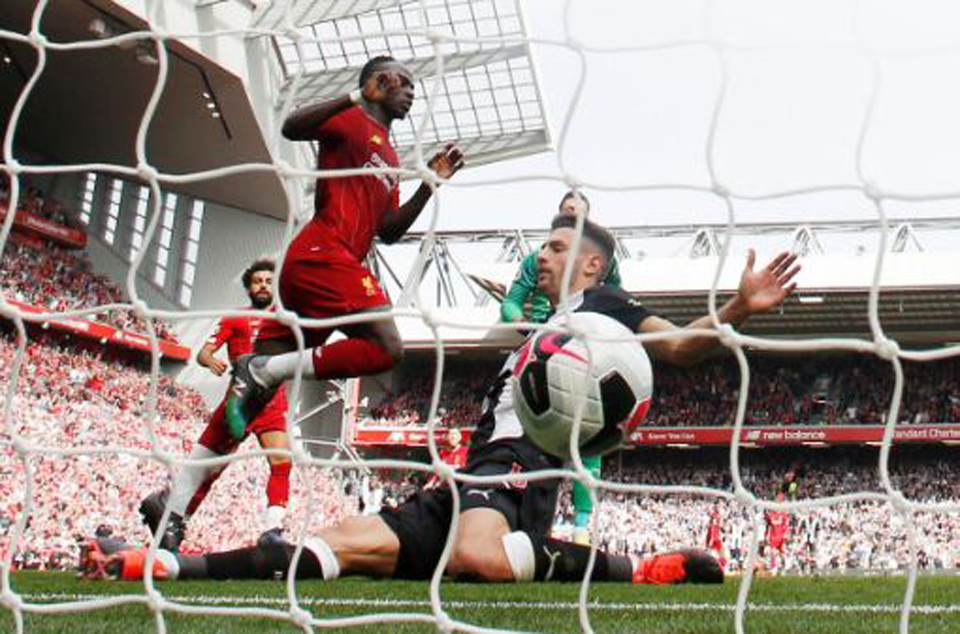 LIVERPOOL, ENGLAND, Sept 14: Liverpool came from behind to earn a 3-1 home win over Newcastle United thanks to Sadio Mane’s first-half double and a late goal from Mo Salah on Saturday, maintaining their 100% start to the season and winning their 14 consecutive Premier League match.

Anfield was stunned into silence in glorious sunshine on Merseyside as Newcastle’s Jetro Willems sent a thunderous strike into the top corner — the Dutchman’s first goal in English football — to give the visitors a shock seventh-minute lead.

The crowd were getting anxious as league leaders Liverpool were wasteful in possession, but the pressure never relented as Andrew Robertson set up Mane, who brilliantly equalised in the 28th minute.

Liverpool had won each of their previous four home leagues games in which they conceded first and 12 minutes later they had turned another match on its head as Roberto Firmino’s trickery set up Mane to give the hosts the lead at the second attempt.

Mane’s second strike meant Liverpool had scored two or more goals in 14 consecutive league games — equalling the Premier League record set by Manchester City in 2011 — with Egyptian forward Salah adding a third in the second half.

There was no coming back for Newcastle as Liverpool strolled to their fifth straight win this term to move five points clear of second-placed Manchester City, who visit promoted Norwich City later on Saturday.