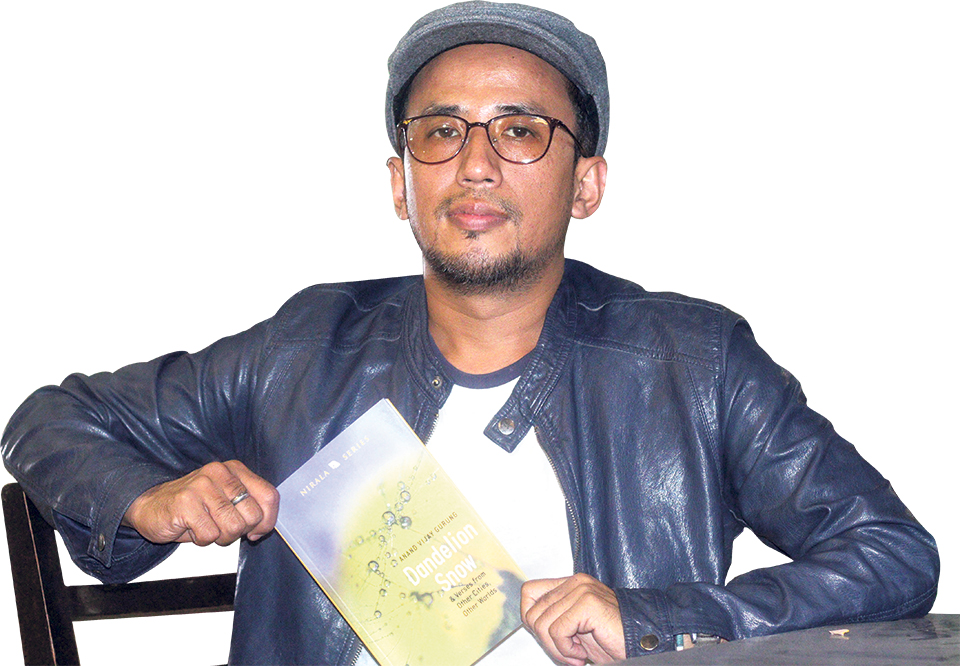 Anand Vijay Gurung says he is a full time communication specialist and a part time writer but that hasn’t stopped him for pursing writing whenever he can. He recently published an anthology of poems titled ‘Dandelion Snow’ and his poetry has been published in many leading newspapers and magazines in Nepal. As a journalist, he has worked for various media houses in the past and that, Gurung says, fueled his love for reading and writing. Here, with The Week’s Situ Manandhar, he talks about the books he loves and his writing journey thus far.

How did you get into writing and publishing?
My journey started with the first book I wrote, which was part memoir and part travelogue. Titled Journalism and Journeys, it was published in 2012. As a journalist I had many opportunities to travel widely and the book was based on my experiences. Plus I had always loved writing so I guess it was only natural for me to venture into publishing sometime or the other.

Are the poems in the book all based on your personal experiences?
I believe writing poems is always personal, whether or not it comes from personal experiences. But the poems in the book are actually based on my experiences. Whenever I traveled, I would pen down my thoughts and sometimes even try to make sense of my jumbled up feelings that way. Poetry felt like a natural way to do that. I have written poems on most cities that I have visited including places like Tel Aviv and Jerusalem in Israel, Mumbai and some fascinating European countries like Paris.

Why did you choose to publish from India and not from Nepal?
There is no specific reason for that. It’s just that a writer I know recommended a publishing house in India. Most of his works have been published from there and when publishers in Nepal didn’t show much interest, I sent my manuscripts to Nirala Publications. Fortunately for me, they liked my work and the book got published.

You have dedicated the book to your father. Could you tell us something about him and your relationship with him?
My father used to live life on his own terms and he never put any pressure whatsoever on me, for anything. He was very supportive of my writing career as well as my decision to pursue journalism. One of the most memorable memories I have of my father is of the time when we visited my grandfather in Chitwan. I remember that long road trip with my father as a time when I was really happy and bonded with him like never before.

There is a poem in your book ‘When One Road Stops, Another Begins’ that seems to have struck a chord with many readers. What is it about? And which is your favorite poem from the book?
You know how the river and the road seem to go alongside for a while. Then, the two go their separate ways before meeting again later at some point. It’s the same with the people we meet in our lifetime. We meet them, go our separate ways, and then maybe sometime later we will meet again. The poem is based on that.
My favorite poem is ‘In Transit’. I believe our life is forever in transit as at any point of time we are leaving behind old things and embracing new ideas and journeys.

Do you have any advice to anyone who wants to write and get published?
You have to be serious about writing as it’s a very demanding career. It requires a lot of patience and perseverance. Also you might not reap the rewards at all and you should be okay with that. Write because you want to not because you want to get published. That’s just an added bonus. That being said, if you hone your craft and write well you will definitely get published. 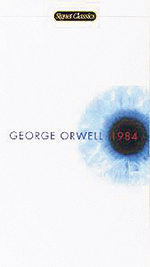 1984 By  George Orwell
I like George Orwell’s writing. 1984 is a dystopian novel and takes place in an imagined future. The novel tells the story of a future where much of the world has fallen victim to war, totalitarian regime, and propaganda. The book is a sad novel about oppression. I also liked the love story of the main character and the way Orwell writes about politics. 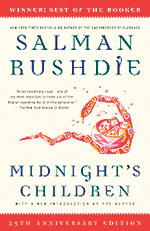 Midnight’s Children by Salman Rushdie
The story takes place in 1947, right after the independence of India from the British rule. The protagonist and narrator of the story was born at the exact moment when India became an independent country. And he was born with telepathic powers, and an enormous and constantly dripping nose with an extremely sensitive sense of smell. It’s really fascinating and intriguing to say the least. 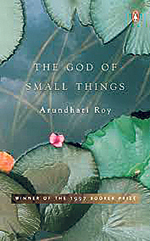 The God of Small Things by Arundhati Roy
I read this book many years back but it’s one I have enjoyed the most till date. Roy’s narrative flows and ebbs and transports you to a different world. Set in Kerala, India, the book deals with social discrimination, betrayal, and the lives of women in India. As a writer, I was charmed by Roy’s style and imagination. 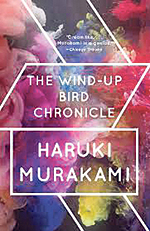 The Wind-Up Bird Chronicle by Haruki Murakami
This book is based on magical realism and has a simple story. It’s the perfect blend of mystery, history and science. In the novel, the main character is searching for his lost wife. There is power, desire, and alienation. I personally think this is one of Murakami’s finest works. 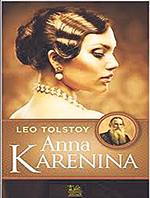 Anna Karenina by Leo Tolstoy
I like the style and overall theme of the book. Anna Karenina is the tragic story of Countess Anna Karenina and her extra-marital affair. There is romance, pain and struggle and the story is just beautifully written. There is also the portrayal of the Russian society, their customs and practices. The novel is engaging and interesting and I would definitely recommend it to anyone looking for a good classic.

Journalist Rauniyar to be honored

As a teenager, you will often feel that life can be tough. Sometimes it becomes impossible to juggle your social... Read More...