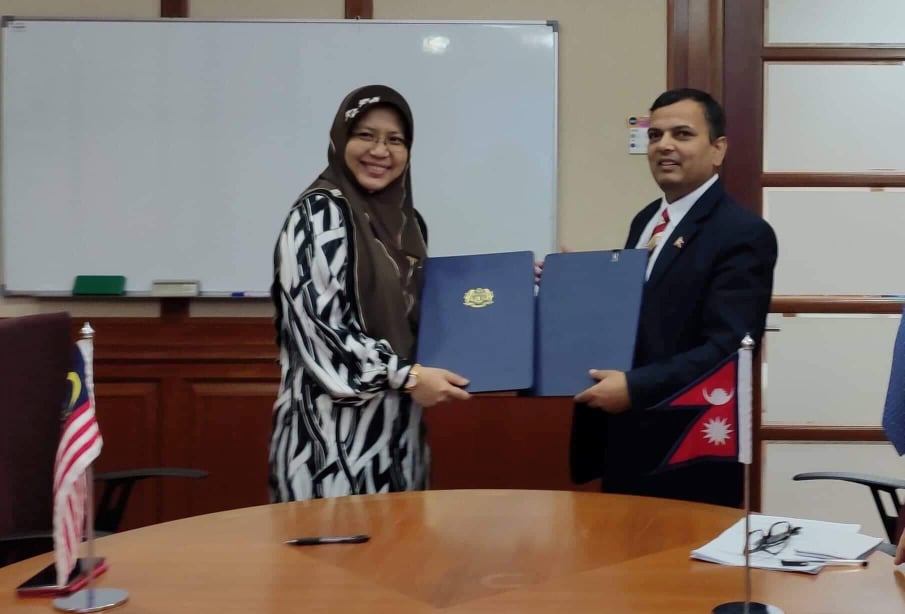 Officials of the Nepal Association of Foreign Employment Agencies said that it is likely to take a few more months before workers start leaving for jobs.

KATHMANDU, Sept 13: Nepal has agreed to resume the worker recruitment process in Malaysia, ending a 16-month* travel ban that prevented tens of thousands of Nepali workers from traveling to one of the most popular work destinations.

A two-day meeting between senior officials from two countries held in Kaula Lumpur on Thursday reached an accord to that effect after the Malaysian side agreed, in principle, to authorize more local health centers to do health screening of prospective migrant workers.

Ram Prasad Ghimire, a joint secretary at the Ministry for Labor, Employment and Social Security who led the Nepali side in the meeting, said that Nepalis would now be able to visit Malaysia for employment under the terms and conditions outlined in the labor agreement signed in 2018.

“Malaysia has agreed to allow 86 health institutions to provide health screening service after conducting inspections. Malaysian officials will visit Nepal for inspections,” said Ghimire, a joint secretary at the Ministry for Labour, Employment and Social Security.

Although the Thursday agreement offers a face saver for Labour Minister Gokarna Bista, it comes as a diplomatic embarrassment for the Nepali side which had repeatedly put forth removal of the subcontracting agencies providing visa service as a precondition to resume the recruitment process.

With the agreement, Nepal has agreed to recognize the visa service providers. Though a labor agreement signed between the two countries envisions zero-fee recruitment policy, the service providers would be allowed to continue charging fees to workers.

Nepal has long contested the legality of VLN Nepal and other subcontractors which have been involved in various stages of the visa process like biometrics screening, stamping hologram and security screening. Altogether, a Nepali worker has to pay Rs 18,000 to go to Malaysia.

But Nepal was put in a fix after the Kathmandu District Court in July ruled that there was no evidence to back the accusation that Malaysia VLN Nepal was unlawful and charging exorbitant fees to migrant workers.

Pressure further mounted on the government to lift the ban after manpower agencies threatened to launch fresh protest against the ban that they claim was doing little good expect for satisfying Minister Bista's ego. Various experts including Ganesh Gurung, a member of Niti Aayog, a government thinktank, had stood against the ban, arguing that it was harming the workers more than helping them.

“It was apparent right from the beginning that the government was playing a losing game as it is having adverse impact on our youth workforce who are left without option,” Gurung, an expert on foreign employment, told Republica in a recent interview.

Despite the announcement of resumption of the recruitment process, officials of the Nepal Association of Foreign Employment Agencies (NAFEA) said that it is likely to take a few more months before workers start leaving for jobs. They are also expecting some slump in job demands as most Malaysian employers are hiring workers from countries like India, Bangladesh and Pakistan in the wake of the ban.

Malaysia has always remained one of the favorite job destinations for Nepali workers. Despite the ban, Malaysia is still a home to an estimated 300,000 Nepali workers.