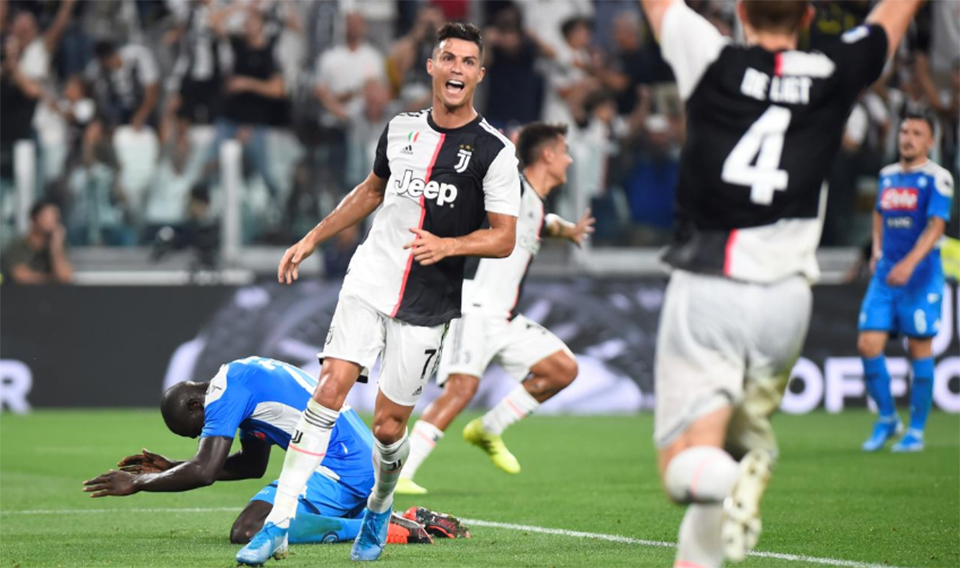 TURIN, Italy, Sept 1: Napoli defender Kalidou Koulibaly scored an injury-time own goal to hand Juventus a 4-3 Serie A victory in Turin on Saturday after the visitors had fought back from three goals down.

Goals from Danilo, Gonzalo Higuain and Cristiano Ronaldo gave the Italian champions a 3-0 lead with less than half an hour remaining.

Napoli refused to give up as Kostas Manolas and Hirving Lozano scored within two minutes of each other before Giovanni Di Lorenzo completed a stunning comeback.

But Koulibaly volleyed a free kick into his own net in stoppage time to hand Juve an early advantage in the Serie A title race and leave Napoli coach Carlo Ancelotti ruing a missed opportunity.

“Juventus have so much character and quality, we know that they always step up in the crunch moments of the season,” he told Sky Sport Italia.

“We can compete, but we wasted an opportunity today, above all that hour where we just didn’t play. That is really disappointing.”

Juventus coach Maurizio Sarri was denied a reunion with his former club as he sat in a different section of the stadium to aid his recovery from pneumonia, but he would have been pleased with his team’s performance in the first half.

Within three minutes Higuain made it 2-0 after he fired into the top corner to mark his third goal in six league games against his former employers, before Sami Khedira curled a shot off the cross bar.

Ancelotti reacted at the break by introducing Mario Rui and debutant Hirving Lozano, but the game appeared to be over as a contest just after the hour mark when Ronaldo opened his account for the season with a well-taken finish.

The match turned on its head in the space of three minutes when Manolas pulled one back with a header before substitute Lozano converted Piotr Zielinski’s cross to reduce the deficit to one goal with more than 20 minutes remaining.

Napoli goalkeeper Alex Meret produced an outstanding save to tip a Costa strike onto the bar but the momentum was with the visitors and Di Lorenzo got in front of Juventus debutant Matthijs De Ligt to bundle in from a free kick and complete the comeback.

But the game was lost in heartbreaking fashion when Koulibaly diverted Miralem Pjanic’s free kick into his own net in the 92nd minute.

“You can concede goals, but not three in 16 minutes,” said Juventus assistant manager Giovanni Martusciello, standing in for Sarri.

“Perhaps we felt sated by going 3-0 up and allowed Napoli to bite back.

“When there are errors of positioning and then reaction, you’re going to concede goals against players of this quality. I want to focus on the very positive performance in the first hour, but some fear set in after they got back into it.”

Juventus face a trip to Fiorentina next after the international break, while Napoli host Sampdoria.