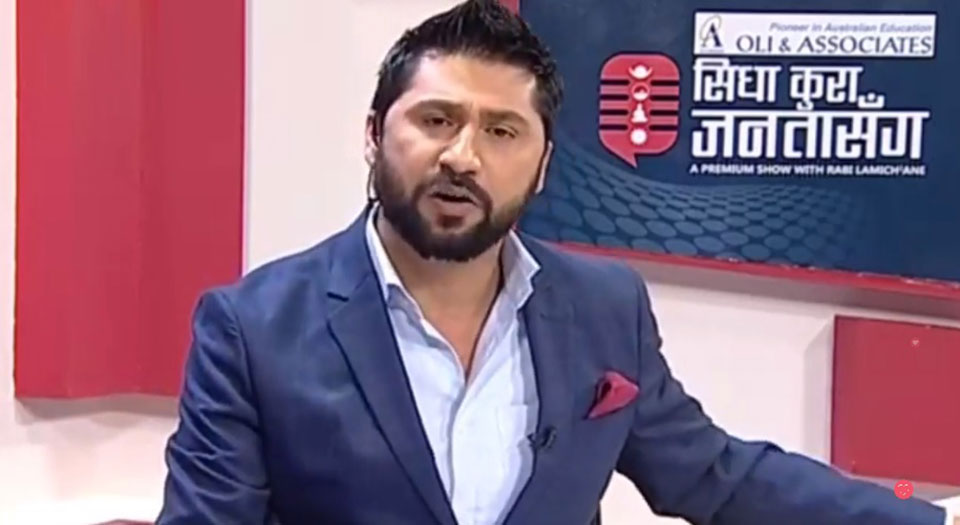 Judge Hemanta Rawal issued the ruling to this effect following the hearing on Monday evening.

Earlier on Sunday, Chitwan District Police had filed a charge-sheet against Lamichhane, Kandel and Karki at the Chitwan District Court in connection with the suicide case of journalist Shalikram Pudasaini who was found hanging at a hotel in Chitwan on August 5. The three were accused of instigating Pudasaini to take his own life.

On Sunday, the court had recorded the statement of Karki alone. Statements of Lamichhane and Kandel were recorded on Monday.

Police had taken the three into custody 11 days ago as the deceased had accused them of torturing him 'which he could not bear anymore and choose to end his life', in a video recording.

While Karki had sought security following 'harassment' by News24 asking her to appear for an interview regarding the case soon after the video turned viral over social media, and submitted herself to police in Chitwan, Lammichhane and Kandel were arrested from the newsroom of News24 by police.

Police had handed over reports and evidence regarding the case to government lawyer on Sunday afternoon.

In the charge-sheet, five years of jail term and Rs 5,000 fine was sought against the accused.

Claiming that he is innocent and the state is only trying to frame him, Lamichhane fans demonstrated since day one of his arrest. They protested in Chitwan, Kathmandu and Pokhara, among other places. Debate over whether Lamichhane has any connection with the suicide of Pudasaini has taken the social media by storm. Pudasaini's wife Samjhana had filed a case against the three after completing the 13-day death ritual of her husband.

Maoists had difficulties winning elections even in their bastions
12 hours ago
Why is Climate Finance a Focus Area for Nepal?
6 hours ago