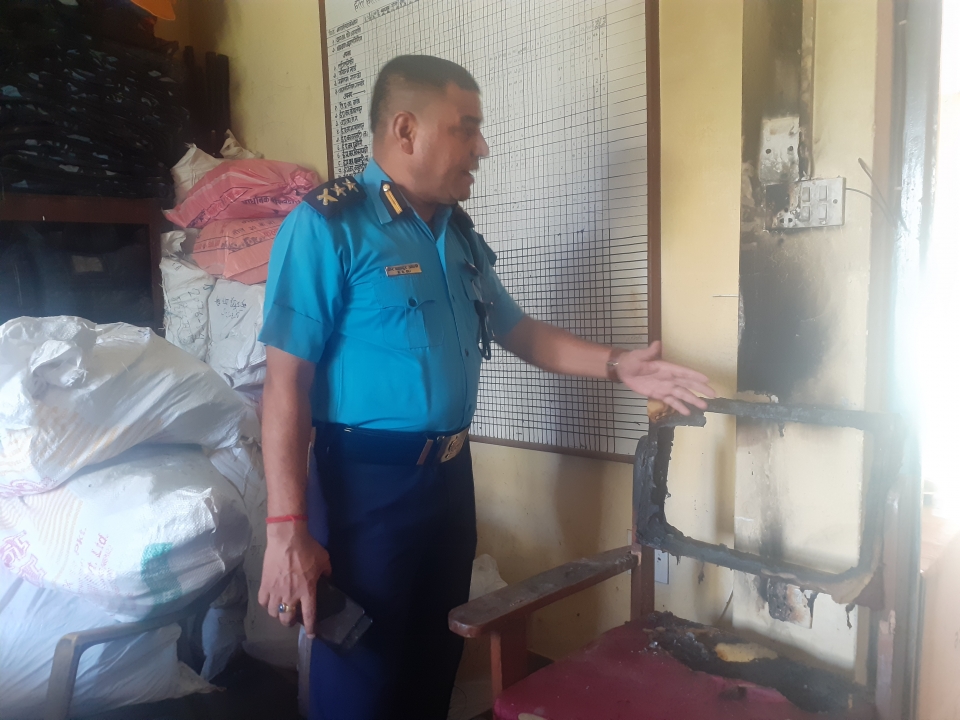 NEPALGUNJ, Aug 26: Massive fire broke out at District Police Office, Banke on Sunday morning at around 2:15 am due to electric short-circuit leaving some important documents.

According to Superintendent of Police (SP) Bir Bahadur Oli, some important documents including answer sheets and question papers of a local technical college were burnt when the fire caught a highly sensitive security room.

Question papers of five faculties for T-SLC including Sub-Overseer, electronics and electrical; and answer-sheets of Diploma in Pharmacy and Lab programs under CTEVT were destroyed due to the fire.

The answer-sheets were from recently-held board examinations at Nepalgunj-based Saraswati Secondary School exam center. The students from Nepalgunj Health Campus and Bheri College took an exam from that center.

According to Oli, the spot was extremely sensitive that police had stored explosive devices including arms and ammunition and tear gas. Similarly, 78 detainees are also there. Had we not defused fire on time, we would have witnessed huge human casualty as well, he added.

On-duty police constable, Yam Bahadur Pokhrel will be rewarded for his outstanding feat to controlling fire.

District Police Office has already informed its higher authority as well as the officers from CTEVT about the incident.

After the accident, the examination of TSLC was conducted after bringing the question papers from CTEVT. Council also began its preparation for new exams of the burnt papers.