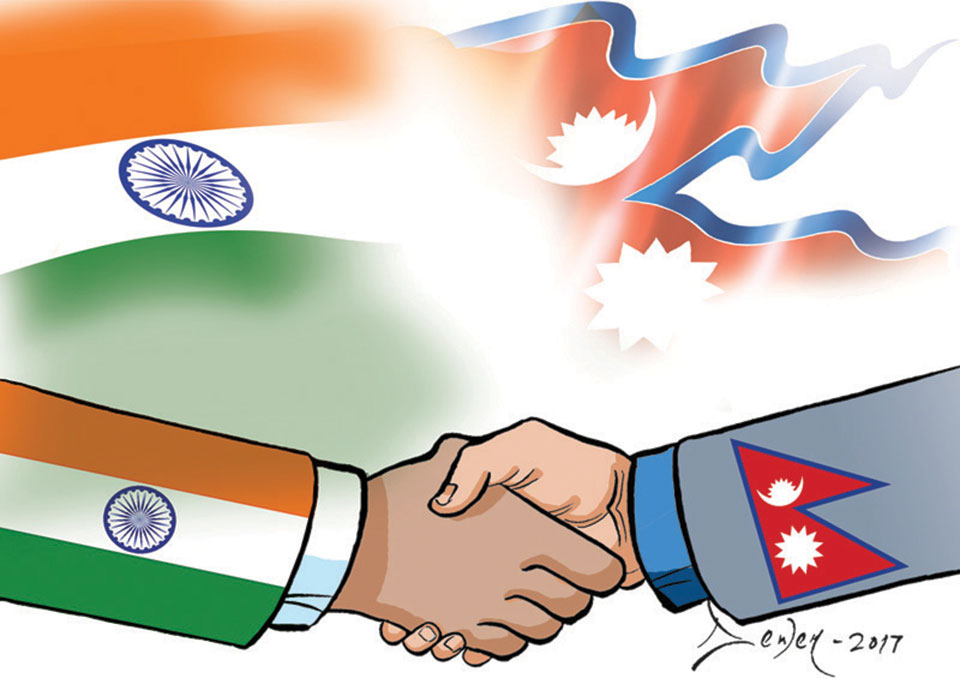 KATHMANDU, Aug 21: In a major agreement that is expected to ease the import and export of various food items between the two countries, Nepal and India have agreed to recognize each other’s inspection, testing and certification of a number of exportable goods such as vegetables and fruits conducted by their relevant bodies.

A Memorandum of Understanding (MoU) between Nepal’s Department of Food Technology and Quality Control (DFTQC) and India’s Food Safety and Standards Authority (FSSAI) is scheduled to be signed on the sideline of the Joint Commission Meeting after India positively responded to Nepal’s demand to make reciprocal arrangement in this regard, according to DFTQC officials.

The absence of a reciprocal arrangement between Nepal and India would leave Nepali businesspersons to take sample of their export items to India’s laboratory for test. This would not only require them to undergo huge hassles but also spend several days for conducting laboratory test.

Nepali exporters often complained that a large part of their exportable goods, mainly vegetables like ginger, would get rotten as cargo trucks loaded with their goods were left stranded for several days at the border.

“India has agreed to recognize the certified certificates issued by DFTQC on various 20 exportable items. This will come into implementation once we reach an agreement to this effect with India,” he said.

“The Indian side used to give permission to export our goods only after testing them in the Indian laboratories. India has agreed to recognize our report as well henceforth,” said Shrestha.

The Nepali side had long been demanding with the Indian side to recognize the inspection, testing and certification of foods, vegetable and fruits conducted by relevant authority of Nepal in order to avoid hassles faced by Nepali businesspersons during Nepal-India inter-governmental meetings on trade, transit, and cooperation to control unauthorized trade.

This agreement comes in the wake of the Nepali authorities enforcing mandatory pesticide residue tests of the fruits and vegetables being imported from India. Although the arrangement has been put on hold for the time being, this had left both sides to realize the need to make a reciprocal arrangement to recognize the inspection, testing and certification carried out by each other’s relevant bodies.

Currently, DFTQC has a well-equipped laboratory in Kathmandu to conduct such tests. Officials at DFTQC said they plan to develop similar facilities in Biratnagar, Birgunj and Bhairahawa within this fiscal year to the import and export of goods from and to India and other third countries.

Businesspersons and entrepreneurs in Nepal have hailed the agreement reached between two sides as a big achievement. “We had to reach Kolkata to conduct tests of exportable items. The new arrangement will help us to save our time and resources,” said Narendra Kumar Khadka, chairman of Nepal Ginger Producer Entrepreneurs’ Association.

Stating that a large portion of their exportable items used to get rotten due to the delay in getting test reports, Khadka, who is also the Province 1 coordinator of the Federation of Nepali Chambers of Commerce and Industry, said this arrangement would help boost export. “Farmers will be largely benefited by this arrangement. All of us are now in a position to take huge benefit from this,” he further said.