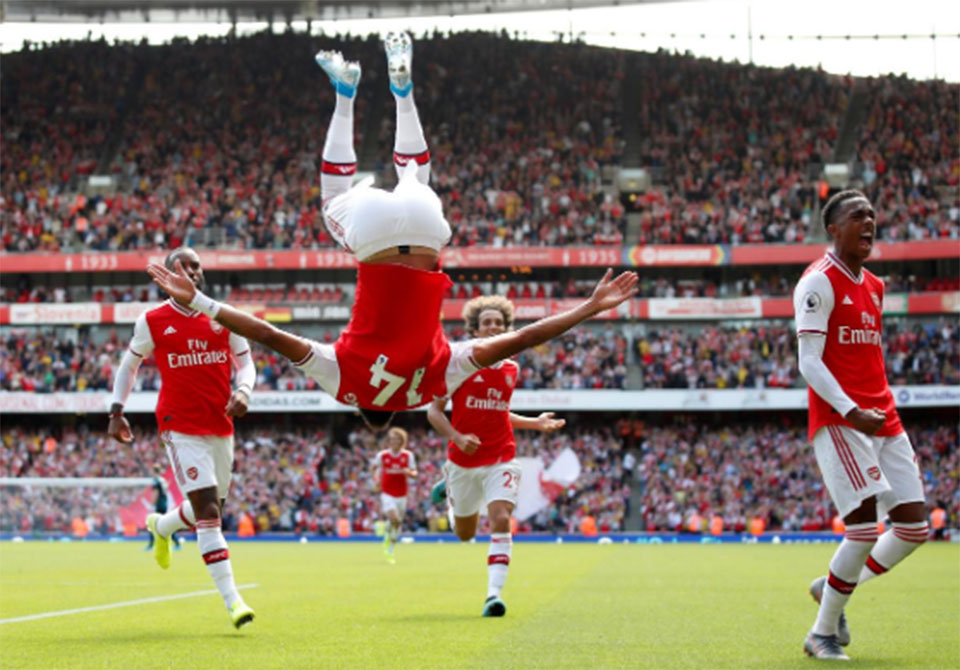 LONDON, Aug 17: Pierre-Emerick Aubameyang grabbed the winner as Arsenal overcame a stubborn Burnley to maintain their winning start in the Premier League with a 2-1 victory at the Emirates Stadium on Saturday.

It was the first time in 10 years that Arsenal have won their first two league games of a season and manager Unai Emery was delighted with the team’s performance.

“We can be happy. Our idea, our gameplan on the pitch was knowing it was going to be tough because we need to adapt,” the Spaniard told reporters.

“A lot of moments we couldn’t impose our gameplan because they pushed and their gameplan was a struggle for us.”

Alexandre Lacazette put the Gunners ahead in the 13th minute collecting a low corner from Dani Ceballos and showing great strength to turn marker Erik Pieters before driving through the legs of Burnley keeper Nick Pope.

Burnley responded well, however, and drew level two minutes before the break when a low effort from Dwight McNeil fell to Ashley Barnes in the box and the Clarets striker kept his composure to claim his third goal of the season.

Emery brought on club record signing, 72 million pound winger Nicolas Pepe at the break and the home side put Burnley under real pressure.

Pope did well to keep out efforts from Aubameyang and the hugely impressive Ceballos and it was that pair who combined for the winner.

Ceballos won the ball in the Burnley half and fed the Gabonese forward who burst goalwards before cutting inside and beating Pope with a fine drive.

Substitute Lucas Torreira had a chance to make it 3-1 in stoppage time but the Uruguayan midfielder’s shot from inside the penalty area was blocked by Pope.

Burnley continued to push for an equaliser but Arsenal hung on to close out the win.

“We’ve started with two victories, last year we lost two,” Emery added. “Our challenge is each match. We’re happy with six points. Next week we are against Liverpool, a big challenge.

“Being realistic, (it) is going to be tough.”

Burnley boss Sean Dyche said a few key moments in the second half had proved to be the difference between the two teams.

“We gave a good performance and in the second half they got more of a foothold,” he said. “We’ve come away disappointed in a few moments that changed the game.”

In Pictures: People leave Kathmandu in droves for Dashain
14 hours ago