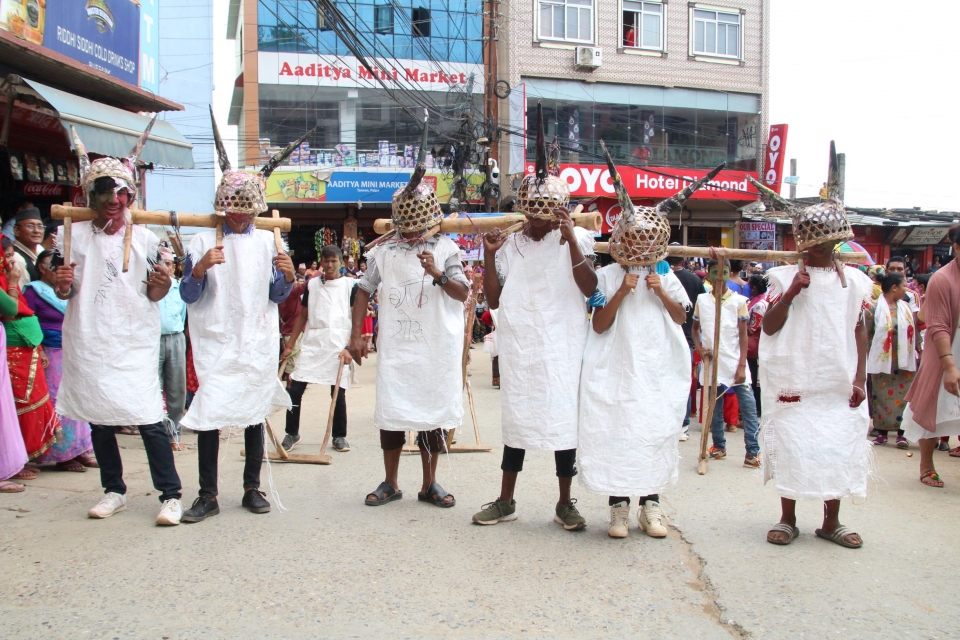 However, in recent times, Ropai Jatra is facing an existential threat as the folks are less interested in taking part in this festival, which is marked on Bhadra Krishna Tritiya according to Lunar Calendar.

On Saturday, when the festival was underway, only one group from Tansen Municipality-7 took part in this festival whereas more than a dozen groups used to join in the previous years.

Rajendra Gopal Singh, a resident from Tansen who has been observing this festival for years said that very few cultural activities are happening in Tansen these days. “The Newars are the natives of Tansen, however, migration trend shows that the number of people loving Newari arts, culture and tradition are decreasing here,” Singh added. He also accused the local government of not paying enough attention to preserve and promote local arts and culture.

Intellectuals from Tansen said that they are surprised over people's growing attitude of ignoring age-long culture and practices. A resident at ward no 7 of Tansen Municipality Nar Bahadur Saru told Republica Online that they have observed the festival as the identity of historical and cultural town is in danger.

According to the Ward Chairperson of ward no 7 Muktiram Jisi, the local people, entrepreneurs and organizations have helped celebrate the Ropai Jatra festival“However, we are all committed to preserving the culture,” Jisi added.

Following modernization and urbanization, some practices which hold huge cultural significance in Tansen such as Ganesh Jatra, Bhimsen Jatra, Naryan Jatra, Malshree during Dashain, Mha Pooja, Karkha Gatha based on the story of Ujir Singh have got less importance unlike in the past. 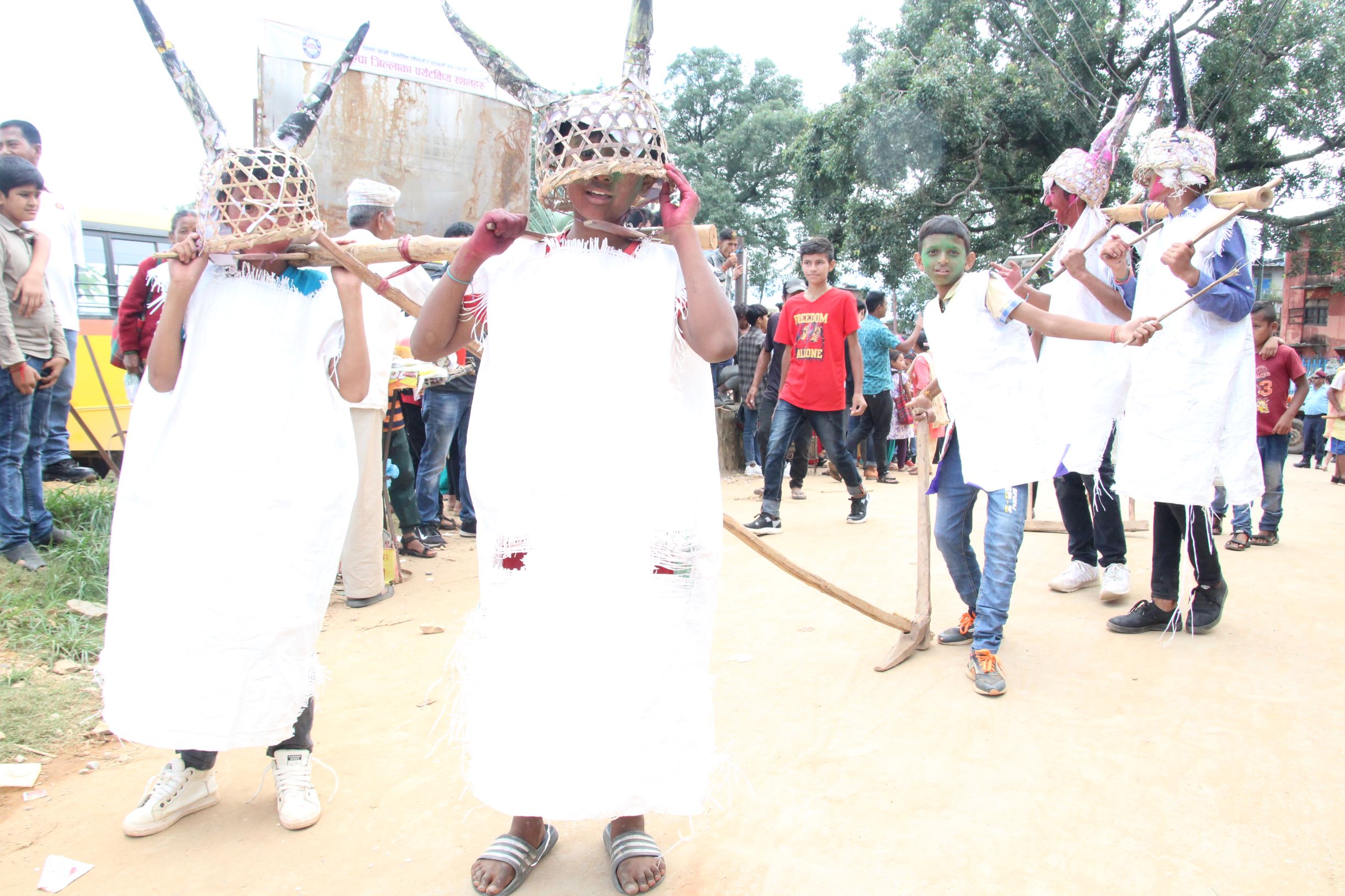 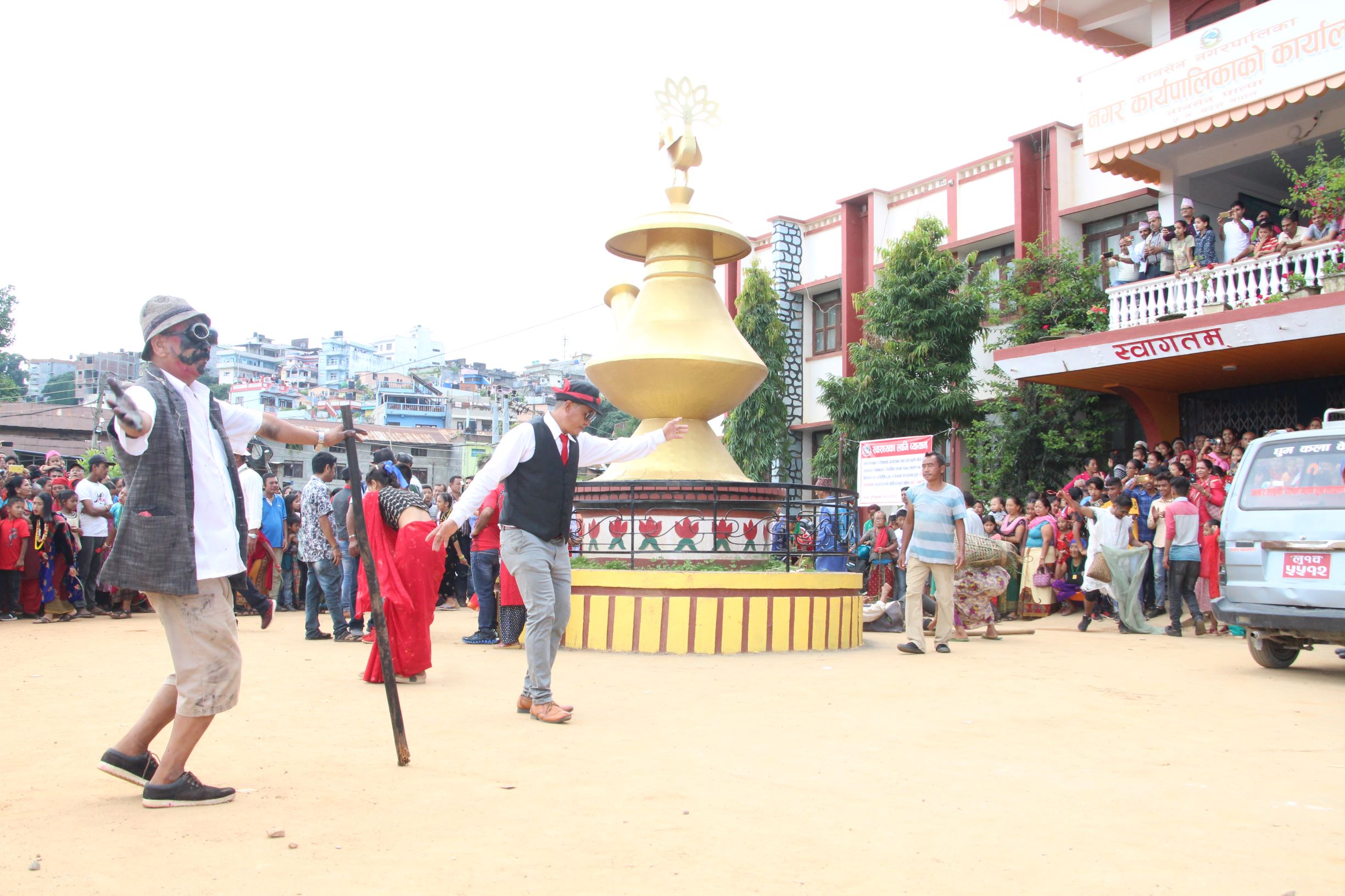 TANSEN, Aug 18: Tansen, the headquarters of Palpa district and one of the major old cities of the country, is... Read More...

KATHMANDU, Jan 20: A group of independent youths organized a session of mock parliament at Padmodaya Road of the capital... Read More...

DHARAN, Oct 29: With an aim to promote the tradition and culture of the Kirat Rai community, Kirat Rai Sanskritik Kalakar... Read More...