Celebrating the spirit of being a fan 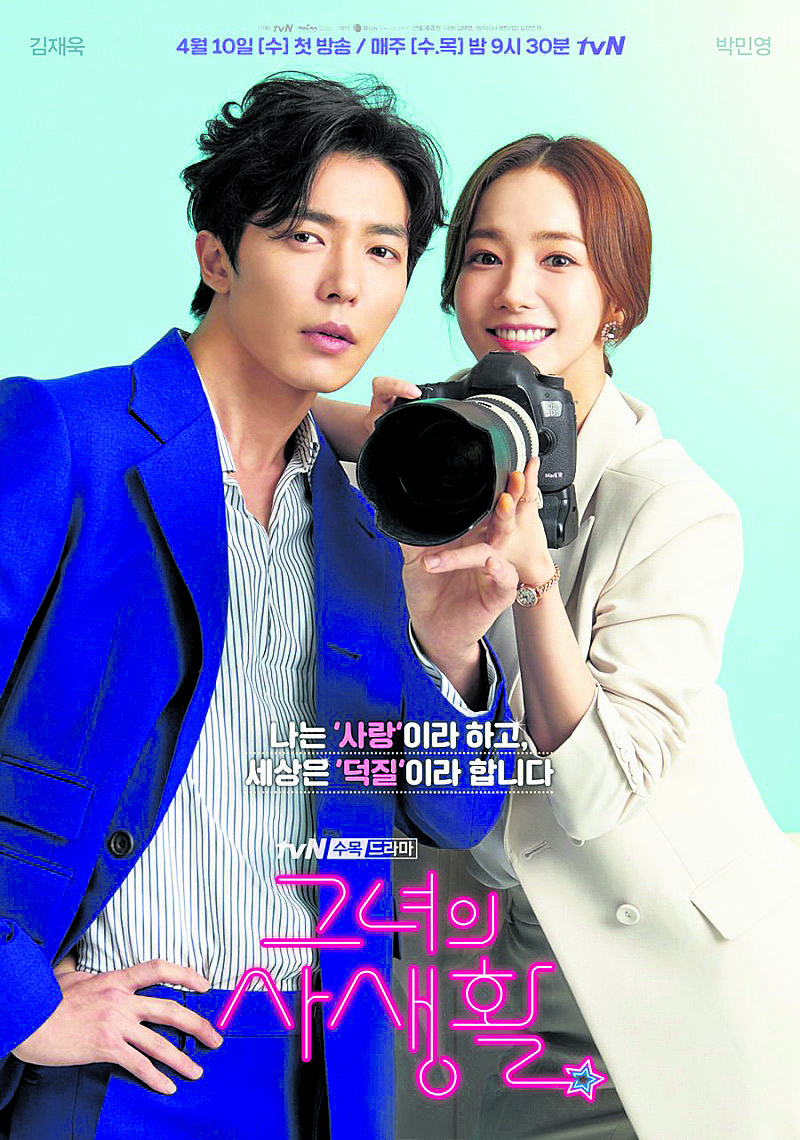 Most K-pop fans can perhaps relate to people calling them obsessive and labeling them as hormonal teenagers who just like (K-pop) idols because they are good to look at. Often times, the media also ends up labeling K-pop enthusiasts as crazy followers. What people often don’t realize is that the affection for the person they are supporting stems from something more beyond just physical attributes. The tvN drama Her Private Life casts asides a lot of these misleading labels that are put on fan culture and explains the remaining labels in layman’s terms.

We are first introduced to Sung Deok Mi, our lovable leading lady who is a smart art curator at Cheum Art Gallery. In her free time, she runs a fansite – mostly a blog or a website operated by a devoted fan dedicated to their favorite celebrity. A lot of fansites attend most of the official events the celebrity goes to and take professional looking pictures of the celebrity and share it through their website – for the very popular idol Cha Shi Ahn from the idol group White Ocean. Deok Mi shares her adoration for Cha Shi Ahn with her best friend Seon Joo who runs a quaint little cafe and loves the idol just as much as Deok Mi.

However, at many instances throughout her life, Deok Mi has had to hide the fact that she’s a fangirl just to avoid the prejudices people around her have about fans. No one besides Seon Joo, her other best friend and adoptive brother, Nam Eun-Ki – an Olympic silver medalist in judo who has started his own judo training center, and Seon Joo’s husband who is a TV show producer, are supposed to find out about her being the operator of the most popular and oldest fansite of Cha Shi Ahn.

The male lead, Ryan Gold, a successful young painter based in New York, takes up the CEO position at Cheum Art Gallery after the previous CEO, Eom So Hye, is forced to step down from the position. That happens because her husband (a business mogul who also owns Cheum Art Gallery) gets involved in an embezzlement case. He, like most K-drama male leads, is a little stand-offish and brash when we first meet him but the character thwarts off this indifferent persona immediately and unlike most K-drama leads isn’t confined to just being a tsundere (a Japanese term for a character development process that describes a person who is initially cold before gradually showing a warmer, friendlier side over time). He is warm, thoughtful, insightful, respectful and generally a nice person who people would love to be around.

The overall plot of the drama is a lot less dramatic and lighter than the average K-drama. People don’t die unnecessarily, there is no bratty heir who refuses to lead the company once their parents get old and have to be reprimanded in extreme and creative ways and, most importantly (since this is a romcom), there is very little misunderstanding between the lead pair.

I generally enjoy these lighter, relatable dramas about everyday lives more than the intense super dramatic ones. So, I had a lot of fun watching Her Private Life. But even though very little dramatic events occur in the course of this series, there is hardly a dull moment in it. Every episode shows a lot happening in the lives of Deok Mi and the people around her. The last few episodes do feel somewhat drawn out and a little dramatic but since that is what the plot requires at the time that too is acceptable.

The drama gives a fair amount of screen time to all of the characters – which in turn makes the plot flow more naturally even when neither of the lead characters are in frame. The writers have also done a good job at developing each character in detail so that the viewers get attached to and care about everyone on screen – including the side characters. The writer’s effort to include LGBTQ+ character arcs – even though they’re not as direct as you would want them to be – is appreciable.

The relationship between Deok Mi and Ryan feels mature and genuine. There are no unnecessary push and pull between the characters and they both seem to value and respect each other immensely. The playful and sometimes tense relationship between Deok Mi’s family members is also portrayed quite realistically. The visual aesthetic of the drama also deserves praise. From the beginning till the end, the drama has a beautiful thematic filter that makes the scenes look colorful in a subdued and muted way. A majority of the characters look ready to either strut down the runway with their eclectic taste in fashion or ready for a glamorous photo shoot. The wardrobe for the entire cast is modernistic and very telling of their personalities and (to a certain extent) their professions.

Her Private Life is a fun watch that manages to capture the fan culture quite well but isn’t limited to portraying just that. I wanted the plot to delve a little deeper into identifying the problems faced by K-pop idols (which the writers did to an extent but I feel this aspect could have been explored a bit more). However, that doesn’t take away from the narrative. Her Private Life is good storytelling, one that feels very real, and I believe even those who aren’t fans of K-pop would really enjoy it.