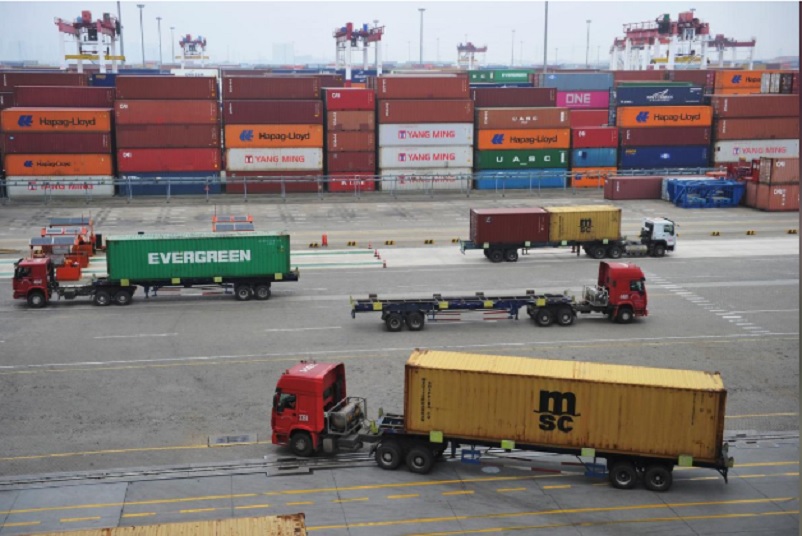 BEIJING, August 14: China’s economy stumbled more sharply than expected in July, with industrial output growth cooling to a more than 17-year low, as the intensifying U.S. trade war took a heavier toll on businesses and consumers. Activity in China has continued to cool despite a flurry of growth steps over the past year, raising questions over whether more rapid and forceful stimulus may be needed, even if it risks racking up more debt.

After a flicker of improvement in June, analysts said the latest data was evidence that demand faltered across the board last month, from industrial output and investment to retail sales.

“China’s economy needs more stimulus because the headwinds are pretty strong and today’s data is much weaker than consensus,” said Larry Hu, head of Greater China economics at Macquarie Group in Hong Kong.

“The economy is going to continue to slow down. At a certain point, policymakers will have to step up stimulus to support infrastructure and property. I think it could happen by the end of this year.”

Industrial output growth slowed markedly to 4.8% in July from a year earlier, data from the National Bureau of Statistics showed, lower than the most bearish forecast in a Reuters poll and the weakest pace since February 2002.

Analysts had forecast it would slow to 5.8%, from June’s 6.3%. Washington had sharply raised some tariffs in May.

Crude steel output fell for a second straight month, while production of motor vehicles continued to fall by double digits. Hi-tech manufacturing output rose by a slower 6.6%, and the country’s power output edged up just 0.6%.

The industry ministry said last month that China would need “arduous efforts” to achieve its 2019 industrial growth target of 5.5% to 6.0%.

China’s economic growth cooled to a near 30-year low of 6.2% in the second quarter, and business confidence has remained shaky, weighing on investment.

While officials have cautioned it would take time for higher infrastructure spending to kick in, construction growth has been more subdued than expected.

Fixed-asset investment rose 5.7% in January-July from the same period last year, lagging expectations of a 5.8% gain and dipping from the previous reading.

But readings by sector showed a more marked loss of momentum in critical areas at the start of the third quarter.

Infrastructure investment rose 3.8% in the first seven months from a year earlier, slowing from 4.1% in the first half despite massive local government bond issuance, mainly to fund road and rail projects and other civic works.

In a sign the housing market’s resilience may be waning as Beijing cracks down on speculation, property investment slowed to its weakest this year. It rose 8.5% in July on-year, from June’s 10.1%. Though home sales inched back to growth, new construction starts cooled.

Retail sales are also pointing to growing consumer caution, most evident in slumping auto sales but also in property-related spending on items such as home appliances and furniture.

Retail sales rose 7.6% in July, well off consensus of 8.6% and weaker than the most pessimistic forecast. Sales had jumped 9.8% in June, which many analysts had predicted would be temporary.

Job security worries may also be a factor. Nationwide survey-based unemployment edged up to 5.3% from 5.1% in June, though market watchers believe it could be much higher.

“We maintain our view that (economic) growth has yet to bottom out and expect Beijing to maintain its easing policy stance,” economists at Nomura said.

Nomura expects growth will slow to 6.0% in the third and fourth quarters, the bottom end of the government’s target range.

Authorities have already announced hundreds of billions of dollars in infrastructure spending and corporate tax cuts over the last year, and repeatedly cut bank’s reserve requirements (RRR) to free up more funds for lending and reduce borrowing costs.

But credit demand has been tepid, with companies in no mood to borrow or invest given the uncertain business outlook and banks wary of rising bad loans.

Sources told Reuters recently that more aggressive action such as interest rate cuts are a last resort, as it could fuel a rapid build-up in debt and financial risks.

Highlighting those concerns, the Politburo, a top decision-making body of the Communist Party, took the unusual step last month of announcing it would not use the property market as a form of short-term stimulus.

Recent months have been marked by a sudden escalation in the year-long U.S.-China trade war that has raised risks for both economies and sparked fears of a global recession.

A brief ceasefire was shattered earlier this month after U.S President Donald Trump vowed to impose a 10% tariff on more Chinese goods from Sept. 1.

Some relief came on Tuesday, however, after Trump said he would delay duties on some Chinese imports including cellphones and other consumer goods, in an apparent effort to blunt tariffs’ impact on U.S. holiday sales.

Still, new tariffs will go into effect next month on about half of Washington’s $300 billion target list of Chinese goods, and analysts say the chance of any durable trade deal after the recent escalations has sharply receded.

Govt lowers electricity tariff rate by an average of 1.04 percent
5 hours ago

SC justices refuse to conduct hearing on Wednesday as well, hearing conducted only by CJ Rana’s single bench
8 hours ago

SC justices refuse to conduct hearing on Wednesday as well, hearing conducted only by CJ Rana’s single bench
8 hours ago