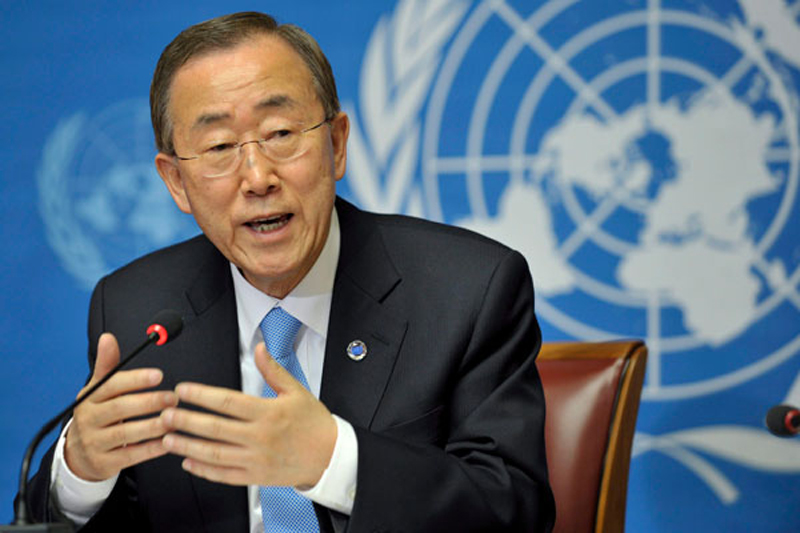 UN Secretary General Ban Ki-moon said that death sentences for terrorism are often handed down after unfair trials by special courts that disrespect human rights and the rule of law.

“The death penalty has no place in the 21st century,” he said in his message to commemorate the day, while adding that, “To be legitimate and effective, counter-terror measures, like all security operations, must be anchored in respect for human rights and the rule of law.”

“Let us be clear: participation in peaceful protests and criticism of a government — whether in private, on the Internet or in the media — are neither crimes nor terrorist acts. The threat or use of the death penalty in such cases is an egregious violation of human rights,” Ban added.

Further, the UN chief highlighted that confessions were often obtained under duress or in other ways in which the right to appeal is not respected. Some States even criminalize the legitimate exercise of fundamental freedoms using ambiguous counter-terrorism legislation.

Countering the argument that capital punishment deters terrorism, Ban said: “This is not true. Experience has shown that putting terrorists to death serves as propaganda for their movements by creating perceived martyrs and making their macabre recruiting campaigns more effective.”

Finally he urged everyone to continue working to abolish the death penalty entirely.

“Let our actions always be guided by the moral compass of human rights – the most effective route to a safer, more just and secure world,” concluded Ban.