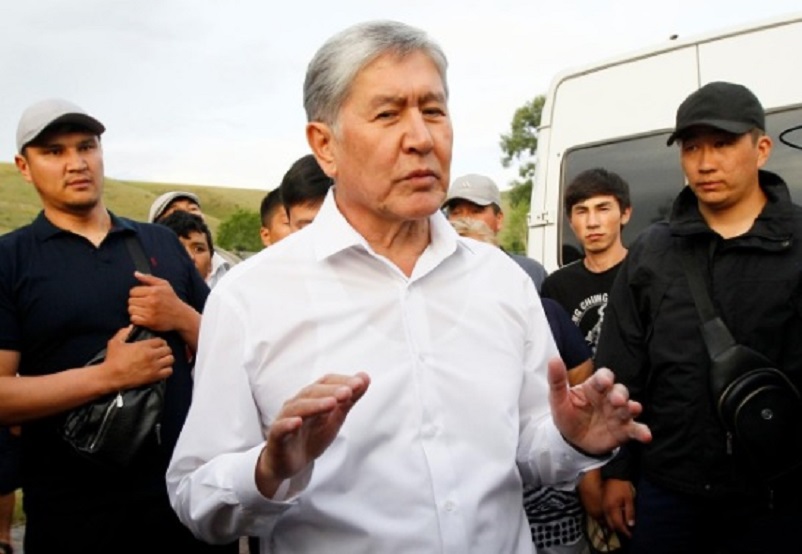 Atambayev, 62, surrendered to police on Thursday when they raided his house and took him in for questioning over a corruption case.

Atambayev’s supporters had repulsed a similar raid the previous day in which one security officer was killed.

The ex-president, whose escalating conflict with his successor Sooronbai Jeenbekov risks plunging the Central Asian nation into political crisis, was accused, among other charges, with organizing mass unrest and murdering the officer who was shot dead during the botched raid, the Russian agency said.

It also said he had been accused of plotting a coup, though that specific allegation did not appear among the five charges that the agency listed. Those also included hostage-taking.

Atambayev, who served as president of the former Soviet republic between 2011 and 2017, backed his then-ally Jeenbekov’s presidential bid, hoping to retain political influence.

But Jeenbekov purged Atambayev loyalists from his cabinet last year, prompting a falling-out between the two, and he secured an endorsement from Russian President Vladimir Putin in July.

Kyrgyzstan has been a close ally of Moscow and hosts a Russian military airbase.

Electric vehicles (EV) are steadily gaining ground not only around the world but in Nepal as well. It certainly doesn’t... Read More...