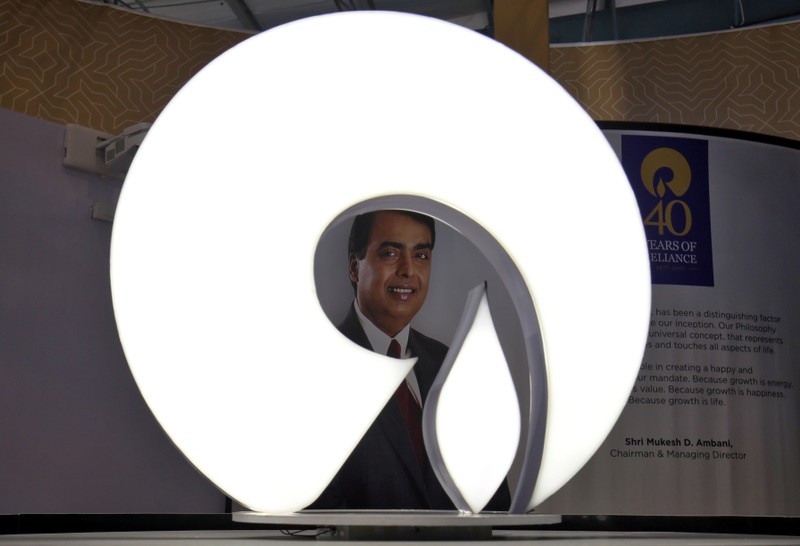 The big tech push comes as the group bolsters its consumer-focused retail and telecoms units to match the strength of its key oil-and-gas business. Its startup Jio has upended the telco sector by providing cheap data connectivity and becoming India’s top mobile operator by subscribers in just three years.

The conglomerate is planning to sell a fifth of its oil-to-chemicals business to Saudi Aramco in what would be one of the largest foreign investments in the country, Ambani, Asia’s richest man, said at an annual general meeting (AGM) of Reliance shareholders on Monday.

The deal, which values Reliance’s oil-to-chemicals business at $75 billion including debt, also includes an agreement for Aramco to sell 500,000 barrels per day (bpd) to Reliance’s Jamnagar refinery in the western Indian state of Gujarat.

Reliance currently buys around 220,000 bpd of oil from Aramco. The state-run Saudi company, the world’s biggest oil producer, declined to comment on the Reliance report.

The stake sale comes as Reliance pushes to become a zero net debt company, which Ambani said will happen by March 2021.

The company has been forging partnerships to that end and said earlier this month it would deepen its ties with global oil major BP by forming a fuel retailing joint venture.

Reliance had an outstanding debt of nearly $42 billion as of June 30, and cash and cash equivalents of roughly $18.5 billion.

Ambani was joined on Monday by Microsoft Chief Satya Nadella via video conferencing for the AGM being held on a public and stock exchange holiday in India and many countries.

Jio will provide free cloud services for startups for as little as 1,500 rupees ($21) a month, which Ambani said was less than one-tenth of global rates.

“By working together to develop innovative and affordable cloud-enabled digital solutions ... we will accelerate the digitization of the Indian economy and make Indian businesses globally competitive,” Ambani said in a statement.

Jio, which has crossed the 340 million subscriber mark, said it will launch Jio GigaFiber broadband services next month.

The service will include access to television channels, fixed-line telephone calling and video conferencing and will be priced between 700 rupees to 10,000 rupees per month.