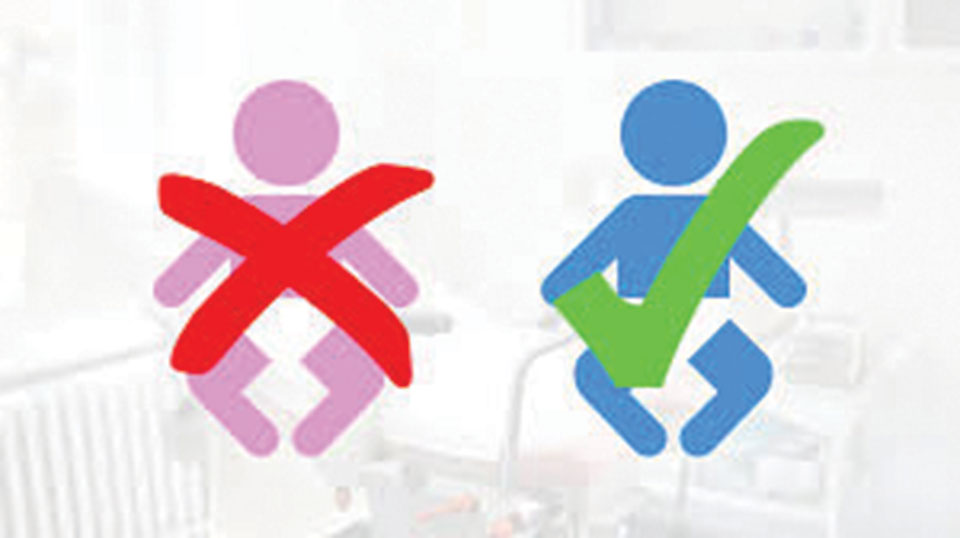 Why has not Nepal had a female prime minister yet? Because she was probably aborted

Why has not Nepal had a female prime minister yet? Because she was possibly aborted.  A country whose half of the population is comprised of women does not yet allow them to exploit their full potential which is why they have not been able to contribute to the country’s development.  Most think women are not as capable as men. Here is the irony. The women who bear lives within their wombs for nine months, who bear pain in their births and who nurture them are considered weak. And we have not had enough women leaders in this country because they are probably busy being pregnant or aborting female foetuses for preference of sons.

Sex selective abortion is rampant in Nepal and it is done for the sake of aborting baby girls. Women are physically abused and mentally tortured if they do not give birth to a son. At least 50,000 abortions are performed every year just because these unborn children are girls. And every year, 4000 women succumb to unsafe abortion. Science says giving birth to more than five babies increases the chance of heart diseases and giving birth after the age of 35 increases chance of complication in both mothers and the children.

The obsession for male child is based on flimsy ground.  Having a son is taken as a matter of family prestige, a girl is taken as a burden who has to go to someone else’s house whereas a boy is thought of as the earning member of the family. Men are considered to be superior and there is a concept that having a son opens the path to heaven for parents after death.  Religious books do not support such ideas. The Gita says “Prosperity is only possible where a woman is respected and valued.”

We all are hypocrites. It is another thing that we haven’t realized it and are stuck just in the name of cultures and values. I wonder when this misogyny will be eradicated.

KHOTANG, May 22: Abortion by unregistered health workers is increasing in Khotang. The District Hospital, Khotang on Tuesday held an interaction... Read More...