Sticking to his passion

And so, in 2015, Shakya, being a bike enthusiast, created stickers of his own (related to the art of biking) to decorate his bike. After seeing the stickers he put up, many of his friends and acquaintances asked him if he could make stickers for them as well. During this time, he was working for a clothing brand that made customized t-shirts and it was with their help that he was able to get the stickers printed and ready for use.

Shakya officially opened “Sticker Pimpz” on April this year. The name, he says, is inspired by a show called “pimp my ride” that took old cars from people and turned it into a spanking new one. “I wanted to reinvent this whole idea of stickers, turning them from something on a child’s geometry box to a medium through which adults can express their inclinations and emotions,” he says.
According to him, initially the business was pretty slow as well as limited to a smaller niche of people he knew and had previously worked with. To make the business boom, he contacted various online influencers working here in Kathmandu and to his luck, Sisan Baniya, one of Nepal’s favorite YouTuber, replied. “He used our stickers to “pimp” his guitar (which is shown in videos by Paradygm TV) thanks to which my business finally got a steady momentum,” he reveals.

Shakya says that along with allowing customers to choose from their huge database of stickers, they also let customers design what they want on their own, irrespective of color or size. “Whatever you want as a sticker, we will make it for you,” he says, adding that the stickers he produces can go on laptops, guitars, doors, bikes, cars or anything you want to stick them on to.

If you want a sticker of your favorite marvel character for, say, your laptop, all you have to do is go to Sticker Pimpz’s Instagram page (@stickerpimpz) and email or DM them the design or the idea you have in mind. After dealing with the logistics, your sticker will be ready in two to three days. You can pick up your printed sticker at the Gaming Cafe in Patan, Lalitpur, or choose to have it delivered to you. Shakya claims to have made the stickers as affordable and accessible as possible as he believes stickers are a reflection of a person’s interest and personality.

“The charm of stickers lies in the fact that it speaks for the person who owns them before the person even says a word. For example, if you see a person with a Game of Thrones-inspired sticker on his laptop, you can assume he/she likes the show and you can decide for yourself whether or not you share an interest with that person,” he explains. Through stickers people love to express what they are passionate about and because of this, things that are relevant in recent pop culture are what sell the most. “Stickers of Marvel and DC characters, Game of Thrones, and Stranger Things are extremely popular nowadays,” he says adding that as pop culture is what makes people feel relevant and close to their friends and peers, people often end up choosing these kinds of images.

Furthermore, Shakya also receives requests from companies to make company related stickers. Besides that, Sticker Pimpz also makes stickers related to social issues. Their bestseller is the sticker with “Kar le haina, rahar le Nepal baskeo” (I choose to stay in Nepal not by force but by choice) that encourages Nepali youths to stay back and make something out of themselves in their own country.

In the near future, Shakya wants to work on an office space for Sticker Pimpz from where he can move on from making only stickers to printing custom designs in mediums like t-shirts, mugs, etc. This, he believes, will make the work quicker and efficient and he will also be able to do more. Currently, Shakya isn’t involved with anything else and is fully focused on running his business. And he believes that’s how it should be for the first few years.

“While running the business, I’ve come across my fair share of hardships, be it in the form of low sales or technical glitches. But I have never wanted to give up. The hurdles actually motivate me to put in even more effort into making my business the best when it comes to the world of stickers,” he concludes. 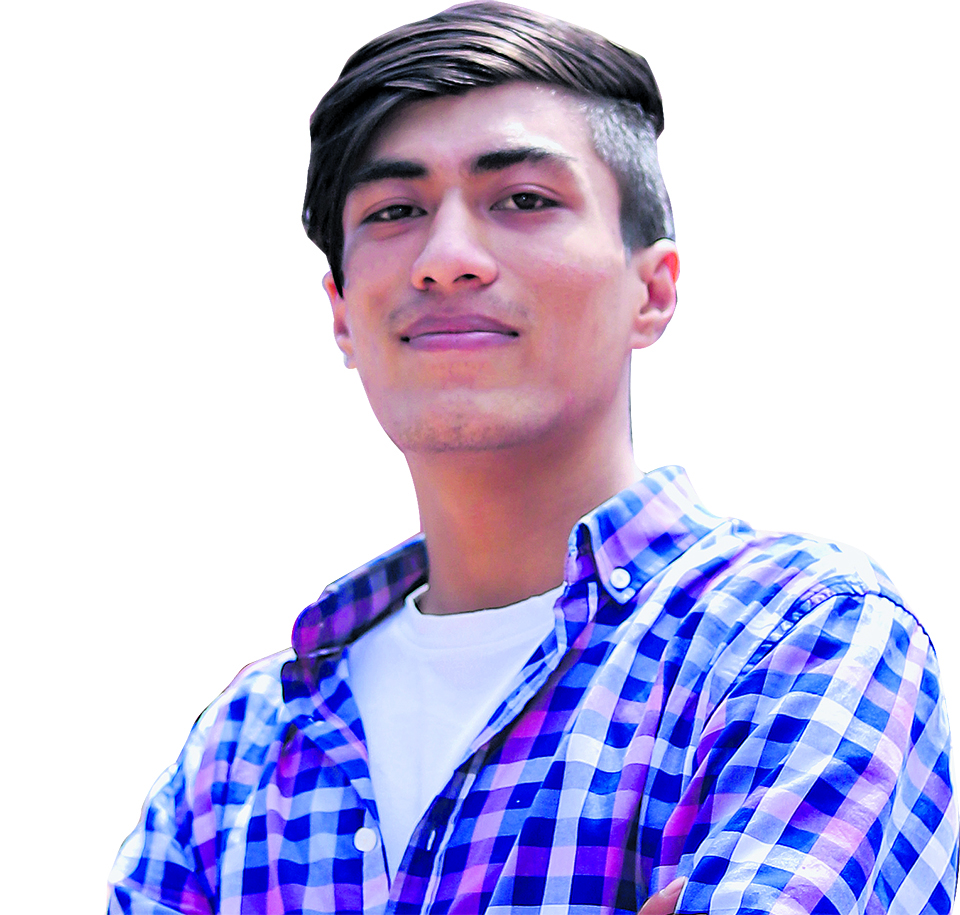 KATHMANDU, July 29: Beer producers will be required to put excise duty stickers on beer bottles from now on, according... Read More...

Worst times may be coming
19 hours ago

Curfew clamped in Banke after COVID-19 cases seen at community level
21 hours ago
Oli, Dahal to meet again on Tuesday as they differ whether to call Secretariat or Standing Committee meeting to resolve differences
16 hours ago

18 killed, 20 missing and 11 injured due to floods, landslides in Sindhupalchowk in past three weeks
33 minutes ago

NEA falls short of its target to expand electrification, blames coronavirus for the failure
14 hours ago