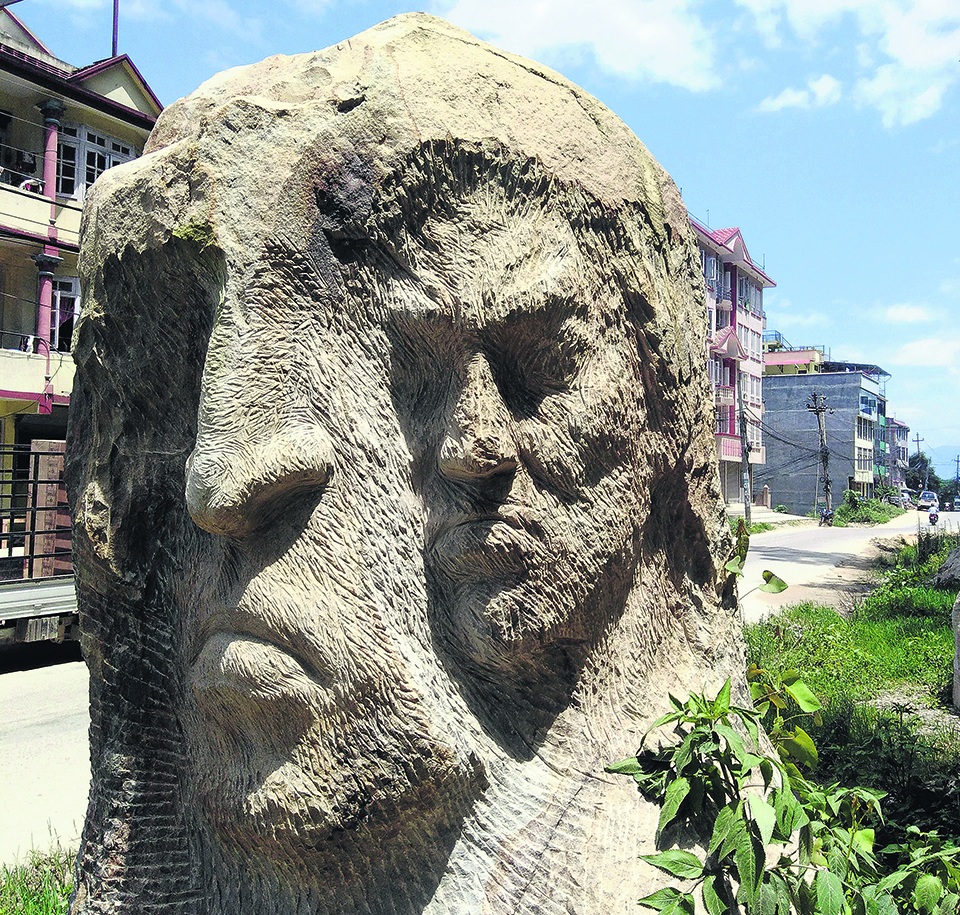 KATHMANDU, August 9: As construction work is underway to establish a War Memorial Park in Kirtipur to relive the history of the famous war between Kirtipur and Gorkha soldiers, there are differences among the local people in Kirtipur as to how should they depict the war. At the heart of this dispute is who should be displayed as victorious.

While the elderly locals want the sculptures to be displayed in the War Memorial Park to show the victory of Kirtipur soldiers, others argue that they should depict the victory of the Gorkha soldiers led by King Prithvi Narayan Shah.

Gorkha soldiers were able to win Kirtipur through a war that paved the way for them to get victory over other kingdoms within the Kathmandu Valley — in 1767 AD after two previous unsuccessful attempts. Kirtipur soldiers had fought resolutely against Gorkha soldiers, causing heavy casualties on both sides.

As these differences continue, a renowned political leader Surendra Manandhar, who was the one to conceive the idea of establishing a War Memorial Park in Kirtipur, has been convincing the locals that this is not about depicting any of the sides as victorious.

“We do not intend to show any of the sides as victorious or loser. We just want to reflect the history this place holds. We want to depict the battle in a rather creative and interesting way so that we can honor the sentiments of both sides,” he told Republica.

Kirtipur holds a very profound history in the unification of Nepal that dates back to the 18th century when King Prithvi Narayan Shah finally conquered this small town. Prithvi Narayan not only had to lose one of his most trusted military generals Kaji Kalu Pandey, but he himself also was nearly killed in the battle.

Legend has it that locals in Kirtipur were forced to surrender before the Gorkha soldiers after the latter adopted a strategy to impose an economic blockade on Kirtipur.

Local politicians and Kirtipur Muncipality, which has been taking the lead in building the park, are taking special precaution so that no one feels offended while visiting the park.

“Among the sculptures to be displayed, one sculpture will show General Kalu Pandey along with his warriors climbing the hills of Kirtipur whereas the local warriors will be seen running down the hills. A huge 'Gadh Parkhal (fort wall) that separated the territory of Kirtipur Durbar during olden times can be seen between them,” said Prayag Maan Pradhan, an academician specializing in the 'history and civilization of Kirtipur'.

Pradhan said they are also planning to show Kirtipur locals throwing stones against the invaders from Gadh Parkhal and Surpratap Shah—the brother of King Prithivi Narayan Shah -- being struck by an arrow in the eye as these events are regarded as important ones in the history of Kirtipur War.

The park will have a statue of Kirti Laxmi, one of the warriors who fought against the Gorkha soldiers in this war. “Although Kirti Laxmi was one of the boldest and strongest characters who fought in this war, she still remains underrated in terms of popularity as a lot of people still do not even know who she is. So, we are planning to place sculptures that reflect her identity in order to mark her cardinal presence in the war,” Pradhan further said.

The sculptures are being made out of strong clay in order to make them more lively and attractive. More than 20 sculpture artists from all over the nation are working to make these sculptures.

Kirtipur Municipality had planned to construct this park to signify the engrossing history that Kirtipur holds some one year ago. Spread in 250 ropanis between Mangal Madhyamik Bidhyalaya and Hill Town School in Kirtipur, the park is expected to be completed over the next five years.

The project is also funded by different local bodies including Kathmandu Metropolitan City (KMC) and Province 3 government. While KMC has given Rs 10 million, Kirtipur Municipality has allocated Rs 35 million for the construction of the park.

Although King Prithvi Narayan Shah, Sur Pratap Shah and General Kalu Pandey, among others, got hype in the pages of history, some historians complain that no individual from Kirtipur who fought in the war got the same amount of attention. The park is expected to give due recognition to even such characters who are not even mentioned in the pages of history.

Locals are optimistic that the park will not only help in recognizing the forgotten war heroes, but also in generating various opportunities along with attracting national as well as international tourists. “I believe this park will help include Kirtipur in the list of one of the major tourist destinations for both national as well as international tourists,” said a local Macha Bhai Maharajan.

DHADING, Aug 14: The Chinese-invested Huaxin Cement, whose plant is under construction in Dhading district, is facing controversy over land, following... Read More...

SOLUKHUMBU, Jan 12: Works at the Solukhola Dudhkoshi Hydropower Project in Solukhumbu have stalled for the last three months after... Read More...

Former Nepali envoy to Pakistan no more
14 hours ago