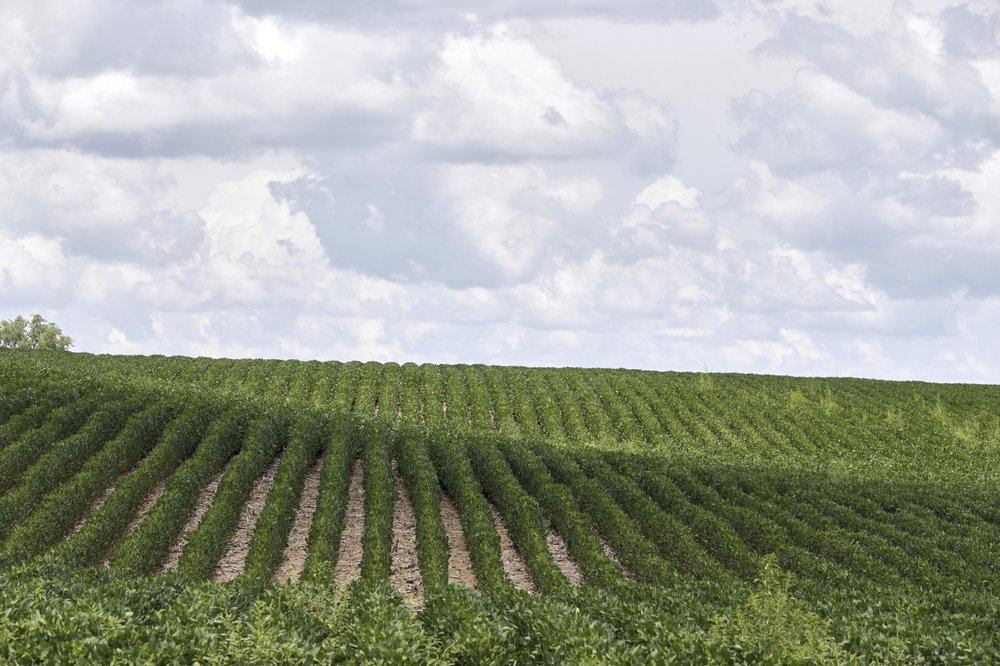 WASHINGTON, Aug 8: On the ground, climate change is hitting us where it counts: the stomach — not to mention the forests, plants and animals.

A new United Nations scientific report examines how global warming and land interact in a vicious cycle. Human-caused climate change is dramatically degrading the land, while the way people use the land is making global warming worse.

But if people change the way they eat, grow food and manage forests, it could help save the planet from a far warmer future, scientists said

Earth’s landmasses, which are only 30% of the globe, are warming twice as fast as the planet as a whole. While heat-trapping gases are causing problems in the atmosphere, the land has been less talked about as part of climate change. A special report, written by more than 100 scientists and unanimously approved by diplomats from nations around the world at a meeting in Geneva, proposed possible fixes and made more dire warnings.

“The way we use land is both parts of the problem and also part of the solution,” said Valerie Masson-Delmotte, a French climate scientist who co-chairs one of the panel’s working groups. “Sustainable land management can help secure a future that is comfortable.”

The report said climate change already has worsened land degradation, caused deserts to grow, permafrost to thaw and made forests more vulnerable to drought, fire, pests and disease. That’s happened even as much of the globe has gotten greener because of extra carbon dioxide in the air. Climate change has also added to other forces that have reduced the number of species on Earth.

“Climate change is really slamming the land,” said World Resources Institute researcher Kelly Levin, who wasn’t part of the study but praised it.

And the future could be worse.

“The stability of food supply is projected to decrease as the magnitude and frequency of extreme weather events that disrupt food chains increases,” the report said.

But better farming practices — such as no-till agricultural and better-targeted fertilizer application — have the potential to fight global warming too, reducing carbon pollution up to 18% of current emissions levels by 2050, the report said.

If people change their diets, reducing red meat and increasing plant-based foods, such as fruits, vegetables and seeds, the world can save as much as another 15% of current emissions by mid-century. It would also make people more healthy, Rosenzweig said.

Reducing food waste can fight climate change even more. The report said that between 2010 and 2016 global food waste accounted for 8 to 10% of heat-trapping emissions.

“Currently 25-30% of the total food produced is lost or wasted,” the report said. Fixing that would free up millions of square miles of land.

With just another 0.9 degrees of warming (0.5 degrees Celsius), which could happen in the next 10 to 30 years, the risk of unstable food supplies, wildfire damage, thawing permafrost and water shortages in dry areas “are projected to be high,” the report said.

At another 1.8 degrees of warming from now (1 degree Celsius), which could happen in about 50 years, it said those risks “are projected to be very high.”

Most scenarios predict the world’s tropical regions will have “unprecedented climatic conditions by the mid to late 20th century,” the report noted.

Agriculture and forestry together account for about 23% of the heat-trapping gases that are warming the Earth, slightly less than from cars, trucks, boats and planes. Add in transporting food, energy costs, packaging and that grows to 37%, the report said.

But the land is also a great carbon “sink,” which sucks heat-trapping gases out of the air.

Overall land emissions are increasing, especially because of cutting down forests in the Amazon in places such as Brazil, Colombia and Peru, Verchot said.

Stanford University environmental sciences chief Chris Field, who wasn’t part of the report, said the bottom line is “we ought to recognize that we have profound limits on the amount of land available and we have to be careful about how we utilize it.”

The UN Intergovernmental Panel on Climate Change (IPCC) has warned that temperatures are set to rise by 1.5 degrees Celsius... Read More...

A first-of-its-kind UN report on alleged human rights abuses in Jammu and Kashmir provoked a strong reaction on Thursday from... Read More...