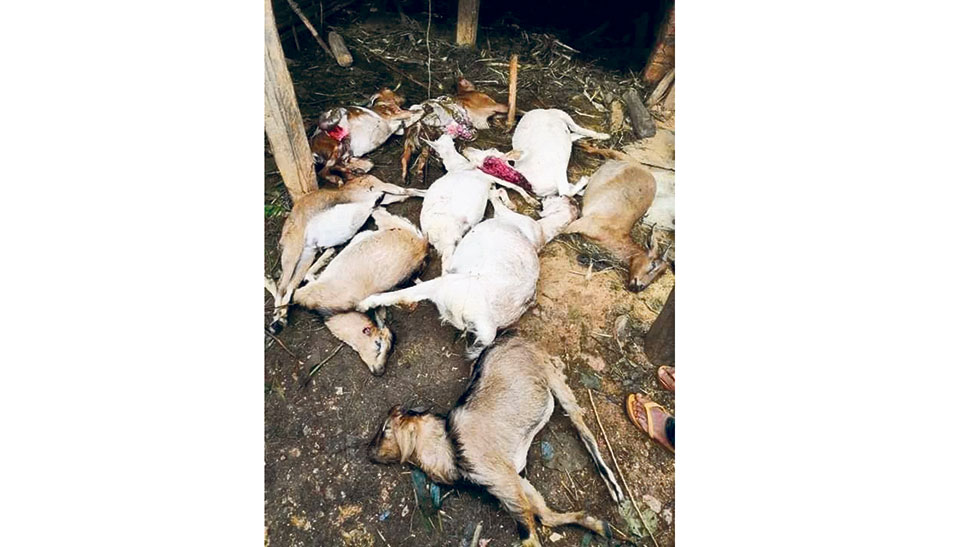 OKHALDHUNGA, Aug 8: The locals of Palapu in Champadevi Rural Municipilaty of Okhaldhunga district have been spending sleepless nights after a tiger killed 21 goats and injured a local in a span of just three days.

The tiger has created a terror mainly in ward number 1 and 2 of the municipality.

Ward Chairman Kul Bahadur Shrestha said that the tiger attacked a local Hira Shrestha injuring him in the face and other body parts while he was in his cattle shed on Wednesday morning.

The same day, nine goats of Masali Maya, five goats of Jhalak Bahadur Magar and two goats of Baburam Shrestha were killed by the tiger.

Rural Municipality Chairman Nabaraj KC said, “We have already requested the District Administration Office and the Division Forest Office to curb the tiger menace and ensure the safety of the terrorized villagers.”

KHOTANG, July 15: Various parts of Khotang and Okhaldhunga districts have been experiencing power cut for the past four days. Read More...

Bagmati Province spent only 15.78 percent of the allocated budget in the first half of current FY
29 minutes ago