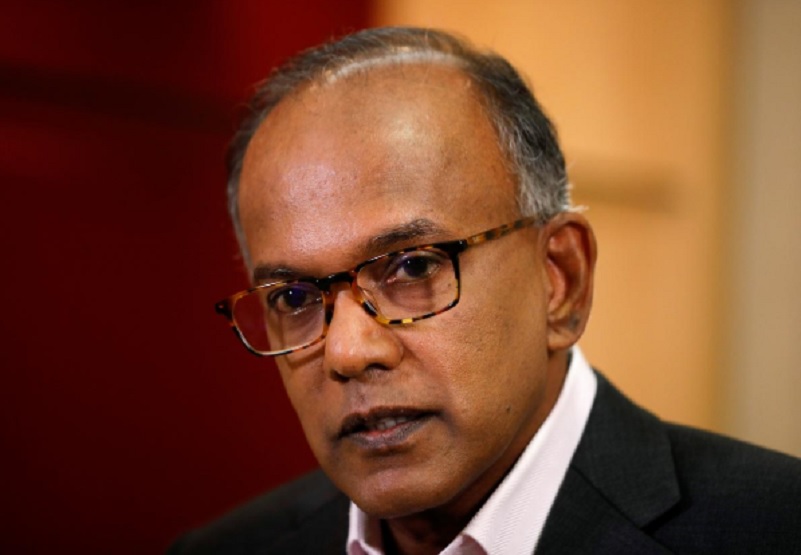 SINGAPORE, July 31: Prolonged turmoil in Hong Kong could jeopardize regional financial stability, and that would outweigh any short-term gain for Singapore from flows of funds from investors worried about protests there, a Singapore government minister said. Two months of increasingly violent protests have embroiled Hong Kong in its worst political crisis for decades after what started as an angry response to a now-suspended extradition bill.

Some tycoons in the Chinese-ruled financial hub have moved funds or are considering doing so, while the unrest has also encouraged some wealth managers to choose to set up in Singapore instead of Hong Kong, Reuters has reported.

But Singapore’s minister of law, K. Shanmugam, told Reuters in an interview on Wednesday that stability was crucial.

“In the longer term, if you take a strategic view on these things, Singapore benefits if there is stability across the region, including in Hong Kong,” he said.

“From a strategic perspective, I’d rather see that Hong Kong reverts to how we all know Hong Kong to be,” he said.

Shanmugam said Hong Kong’s proximity to China, meant it had a key role to play as a financial services center, while Singapore is seeking to build on its status as a leading legal infrastructure hub.

Singapore is making a push into mediation with a new international treaty to settle commercial disputes, due to take shape next month.

The U.N. Convention on International Settlement Agreements Resulting from Mediation, also known as the Singapore Convention on Mediation, is aimed at providing cross-border enforcement of mediated settlement agreements.

“Whichever country signs up to it and ratifies it, then any mediation agreement in one convention country can be enforced in another country,” Shanmugam said.

“The more countries that are parties to the convention, the easier it is to enforce. In that sense, it’s a very important part of global trade flows,” he said.

Ministers and senior officials from more than 50 countries are meeting in Singapore next week as the treaty opens for signing.

Shanmugam said he expected about 25 countries, including the United States and China, to sign up to it.

Mediation is increasingly being viewed as a popular and efficient process to settle cross-border commercial disputes instead of court-driven processes, which can often be time consuming and expensive. However, for mediation to be successful, it needs many countries to enforce settlements.

States need to ratify the Singapore treaty after signing it.

How is Prime Minister’s health?

KATHMANDU, Dec 10: Experts have said that stability of governance is more important than political stability for the economic development of... Read More...

Nepse nosedives with a fall of 41.16 points, daily turnover records Rs 3.30 billion on Monday
5 minutes ago