Dashain then and now 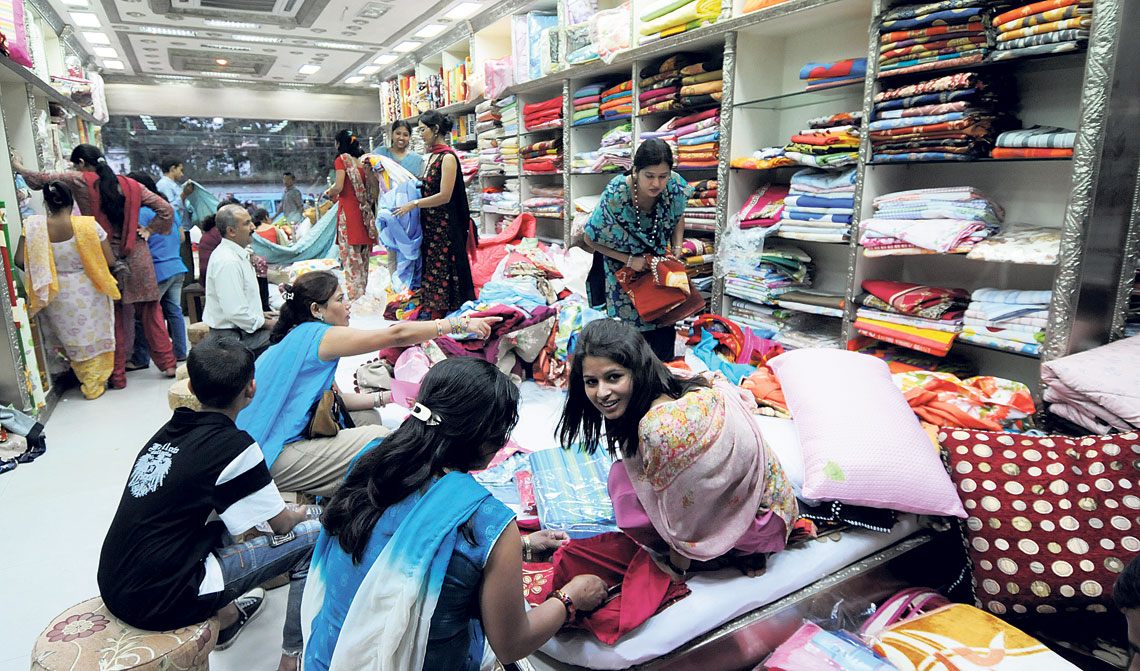 It’s said that signs of Dashain always first appear in the sky. Colorful kites dot the horizon and tangles of kite strings abound in each locality.

Neighborhood rivalries that had been put aside for a year would reignite as different households took to their  housetop terraces for kite combats. As far as the kids (and some of their fathers) were concerned, this was serious business. It was also a cue for Nepalis to get ready for the biggest festival in their calendar.

Bimal Maskey, 36, found himself trying to recreate fond memories of this scenario for his young daughter as well as his nephews. He says they made for a very good audience, listening intently to kite flying tactics, getting excited by his accounts of daylong kite fights and gasping at the mention of some winning tricks like the use of glass powder on the kite strings. But then again, the very fact that he was having to explain all of this to them apparently made Maskey grasp the magnitude of transformation our Dashain festivities have been through.

The Week File Photo
Indeed it’s that time of year again. The biggest festival in our calendar is already making its presence felt. Be it the extra hassle at the bus park or the surge of human traffic in malls and bazaars, everybody is getting into the festive mood in their own little ways. However, if we were to take a moment, it’s only natural to be hit by a wave of nostalgia.
Only 20 minutes’ walk from Maskey’s home in Chandol, Randeep Acharya, 60, has many Dashain memories to share. He reminisces with particular pride  about being the one in charge of erecting the traditional linge ping in the middle of their locality, for eight consecutive years.

“Each house donated about Rs 20 to 50 and we bought the best quality rope with it. After that, a couple of us would get down to cutting and tying the bamboos and before you knew it, our linge ping was all ready for service. We obviously did this for the kids.

However, every now and then, the adults also came over to have a go. I thought that was the best part of it,” recalls Acharya.

Those were the times when linge pings were a common sight around almost every crossroads and in the empty fields right here in Kathmandu. Contrary to popular belief, this wasn’t a tradition limited to the villages. But like most once-empty spaces in the capital, the fields where Acharya used to build his linge ping have given way to housing.

As apartment blocs began encroaching  the open spaces and constructions picked up pace, people like Acharya  have  had to give up. It has been more than two decades since they stopped getting together to put up their traditional Dashain swing. No wonder most young adults in the Valley can’t remember a time when the linge ping  was a much-loved sight right here in the capital.

So for the last couple of years, Acharya  reveals, the only time his organizational skills come in handy during  Dashain is while scheduling the skype sessions with his two sons who are currently living in Canada and Australia. It’s a new tradition that he and his wife have adopted for the main day of tika. And considering how more and more people are opting out of big family gatherings, Acharya  says he takes it as an achievement of sorts.
This shift in mentality of the general urban population pretty evident. While Dashain still serves as the most popular  occasion for  hosting one’s relatives, the size of the family reunions isn’t as big as it used to be. Many don’t feel as obligated to abide by the customs as they used to. In fact, this time of year is becoming increasingly popular as a season for travel

Upendra Lamichane
Laxmi Shrestha of President Travel and Tours shares that  they witnessed this trend emerge around four years ago and now it has become rather routine. For the last couple of years, Dashain has proven to be one of their busiest times, bringing in the most business.

“It isn’t only domestic flights that are completely booked,” says Shrestha, “Right now, every single flight to Delhi is booked. Airline seats to Bangkok are equally difficult to find. It seems young couples and nuclear families have really warmed up to the idea of travelling around Dashain. I guess when every member of the family has at least a week-long holiday, people want to utilize the opportunity.”

As with everything else, globalization and increases in economic status have impacted on the way our festivals are celebrated. Still, while some may view this as a natural turn of events, Maskey confesses there are moments he misses the Dashain of yore.

Just like his  kids hearing about his kite-flying days, he remembers his mother talking about Nauratha. The custom after Ghatasthapana was to visit the various Devi shrines or Shakti Piths as they called. The interesting bit though is that people used to do so after midnight. Groups of people, both young and old, would come out of their houses at one or two in the morning and walk to the various temples each day till the morning of Bada Dashain.

“My mother used to describe the excitement that filled the night air as they headed out for Nauratha. She apparently begged her elder brothers to take her with them and her stories of just a bunch of kids running around town visiting temples in the middle of the night always fascinated me. This practice helped set the tone for Dashain for the entire city and

I can only imagine how festive the whole atmosphere must have felt,” says Maskey.
Yet like most people, he too has little choice but to accept the changing  times.

Grandparents may remember Dashain as the only time of the year when they were treated to new clothes but obviously their grandchildren are accustomed to a different lifestyle. Kites, linge pings and religious rituals may have been the essence of Dashain back in those days. But clearly, people today have found other aspects of the festivities to rejoice over.

KATHMANDU, Oct 9: The Nepal Police from Saturday launched free bus service on three different routes from 10 am to... Read More...