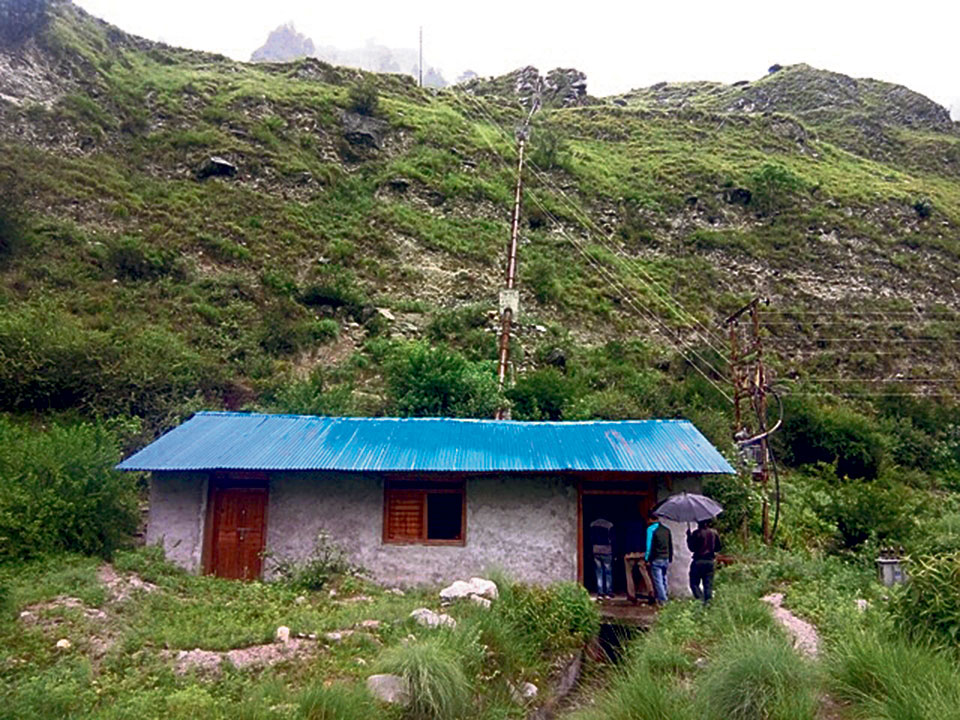 DOLPA, July 22: Even though the world has gone digital, electricity is still a mere dream for several villages in the remote district of Dolpa. Amid this grim scenario, Lwaki village here has however been lucky about power recently. This has greatly excited the locals as they feel the new development would add to their quality of life and opportunities.

"Light has come into our lives. It feels that we have got everything," said an elated Laxmi Kumari Jhaki of Lwaki of Tripurasundari Municipality–5. "Now we have gotten rid of the kerosene lamp."

Her neighbor Dhan Bahadur Budha is no less happy. After the village has got access to power, the entire village has lightened up, he noted. "Electricity has let us work till late night. Earlier, that was not practical. We would go to bed no matter how urgent work pending behind," he said.

Budha stated that power has made life not just better but also has greatly added to the safety of people. As there is light now, elderly people and children can move around independently even at late hours.

"Or else, when we relied on lamps, since that would not be available all the time, it was risky to move around. Basically for the elderly ones and children, it would be very difficult," he said. "Children can now study as per their convenience, everyone is happy," Budha added.

The Khatikhola Hydro Project with the capacity of 80 kilowatt that was under-construction at Palunga of the rural municipality since long was completed recently, supplying enough power to the village and surrounding areas.

The project kicked off a decade ago with the starting cost of Rs 40 million. It took nearly eight years for the project to get completed. However, no sooner it came into operation than it was disrupted by floods in 2017.

Last year, the rural municipality took initiatives to repair the damaged machines and fix other problems. Under Nepal Climate Change Support Program, it received Rs 1.8 million for the project. It added Rs 5 million from its own resource. "At the total cost of Rs 2.3 million we brought it to operation," Budha said.

The project has benefited 732 households in the rural municipality. According to Tara Prasad Acharya, Chief of Nepal Climate Change Support Program, natural calamities destroyed the earlier set up. "Locals were living in the dark, now they are very happy," he said.

Electricity supply resumes in Dolpa after a month