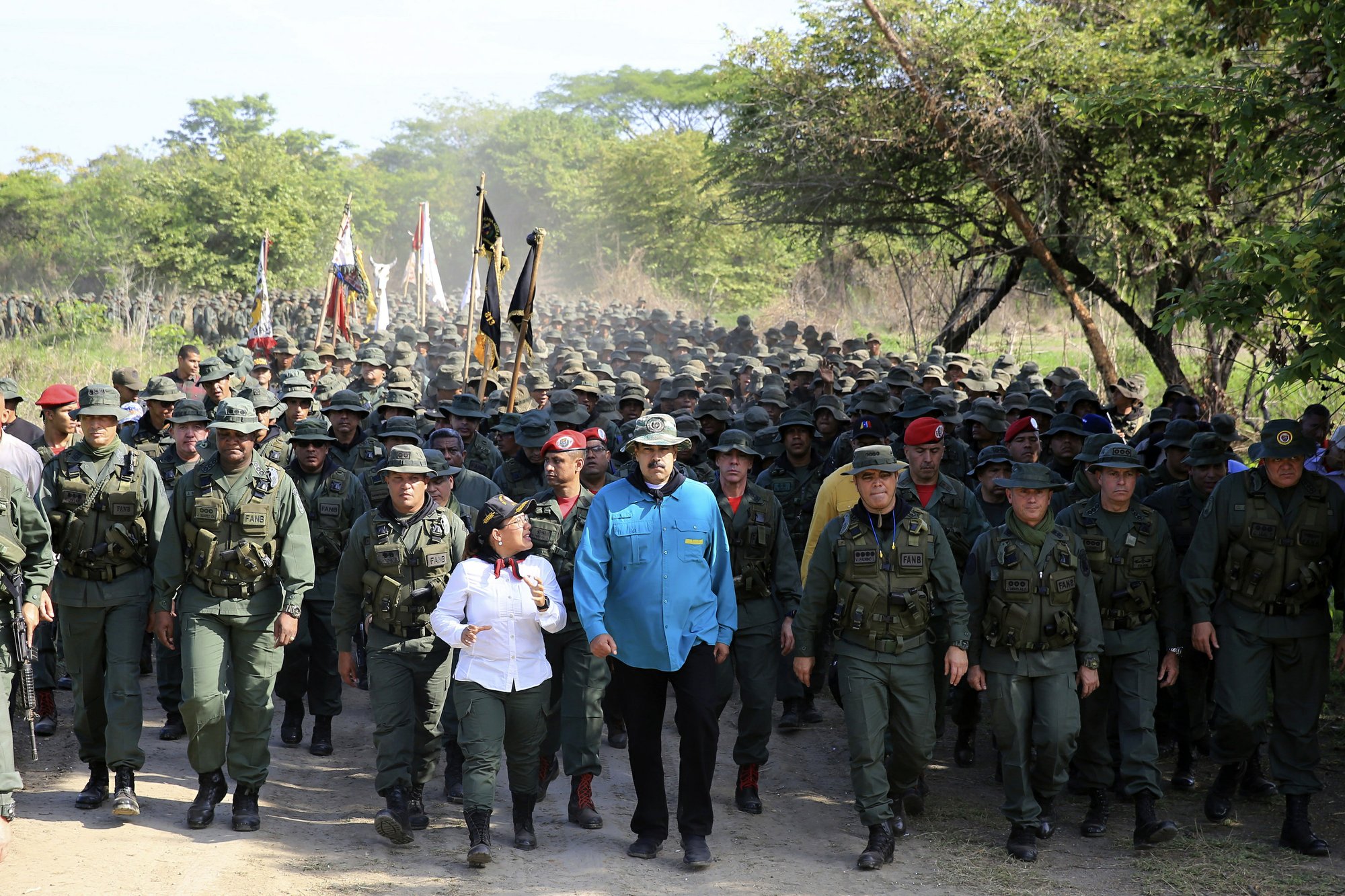 CARACAS, May 5: Seven Venezuelan military officers were killed on Saturday when their helicopter crashed while heading to a state where President Nicolás Maduro appeared alongside troops, days after the opposition called in vain for a military uprising.

The Cougar helicopter hurtled into a mountain outside Caracas in the early hours of an overcast day in the capital. An investigation was underway.

The armed forces in a statement said the chopper was heading to San Carlos in Cojedes state. That’s near a military academy where Maduro appeared early Saturday to oversee training exercises following a week of intrigue that saw a small group of security forces turn against him in the failed attempt by opposition leader Juan Guaidó to overthrow the government.

On board the helicopter were two lieutenant colonels as well as five lower-ranking officers. The statement didn’t say if the chopper was part of the presidential delegation.

Also in Caracas on Saturday, a protester handed over a written appeal for the military’s support, but a Venezuelan policeman burned the document and let the ashes fall to the ground.

The armed forces “won’t be blackmailed or bought,” said a second officer standing nearby.

Benito Rodriguez fumed as he watched the events unfold.

“It’s a humiliation,” said Rodriguez, a demonstrator who had joined a crowd of about 150 protesters gathered near La Casona, a residence historically used by Venezuelan presidents.

The scene highlights the uphill battle now facing opponents of Maduro who have failed to persuade the country’s security forces to join efforts to oust the leader.

The critical role of the Venezuelan military in the country’s crisis was on display as Maduro tried to portray strength by joining troops at the military academy, while Guaidó attempted to woo the armed forces to his side by urging supporters to the streets.

National television showed Maduro wearing a camouflage hat as he shook hands and exchanged fist bumps with security forces during a visit to a military base before watching troops engage in a shooting exercise.

“Loyal forever,” Maduro bellowed to a crowd of cadets in green uniforms.

Guaidó, meanwhile, told backers to go to military garrisons to persuade forces to turn against Maduro, whose years in office have been marked by escalating hardship for most people in a country that was once one of the wealthiest in Latin America.

“Please, a lot of discipline,” she said.

Others broke the line and went forward to hand over printed documents, saying the military’s role in helping Venezuela emerge from an “unsustainable” situation is vital.

“They think it’s a joke. They don’t take us seriously. They’re not listening,” said demonstrator Andrea Palma after police burned the paper with a lighter.

Divisions among the protesters were evident as some young men from poor neighborhoods scoffed at a speaker who insisted that the gathering must be peaceful.

The latest displays of will come as the political standoff between Maduro and U.S.-backed Guaidó sinks deeper into a stalemate.

On Tuesday, Guaidó appeared outside a Caracas military base urged the military to overthrow his political rival.

As the leader of the opposition-controlled National Assembly waited, however, it became clear that his call had failed to rally armed forces to his side. Clashes between protesters and police then erupted, leaving five dead.

Maduro’s government has also shown signs of weakness and has not moved to arrest Guaidó, who the United States and over 50 other nations recognize as Venezuela’s rightful leader.

More than three million Venezuelans have left the country to escape a shrinking economy, hyperinflation and shortages of necessities such as medicine.

The opposition blames the sharp decline on state corruption, mismanagement and authoritarianism and says Maduro’s re-election last year was illegitimate. Maduro portrays Venezuela as a victim of U.S. antagonism toward the socialist principles championed by his predecessor, Hugo Chávez.

On Saturday, one protester looked on as the printed proclamation was burned. He then wished the policeman a nice day.

“See you later,” replied the officer before turning away.

We inherited a mess. It took us time to clean up, but COVID-19 changed everything: Dr Yuba Raj Khatiwada
19 hours ago

Kathmandu Valley alone witnessed 57.86 percent of total COVID-19 cases recorded across Nepal in the past 24 hours
14 hours ago

Kathmandu Valley alone witnessed 57.86 percent of total COVID-19 cases recorded across Nepal in the past 24 hours
14 hours ago

We inherited a mess. It took us time to clean up, but COVID-19 changed everything: Dr Yuba Raj Khatiwada
19 hours ago