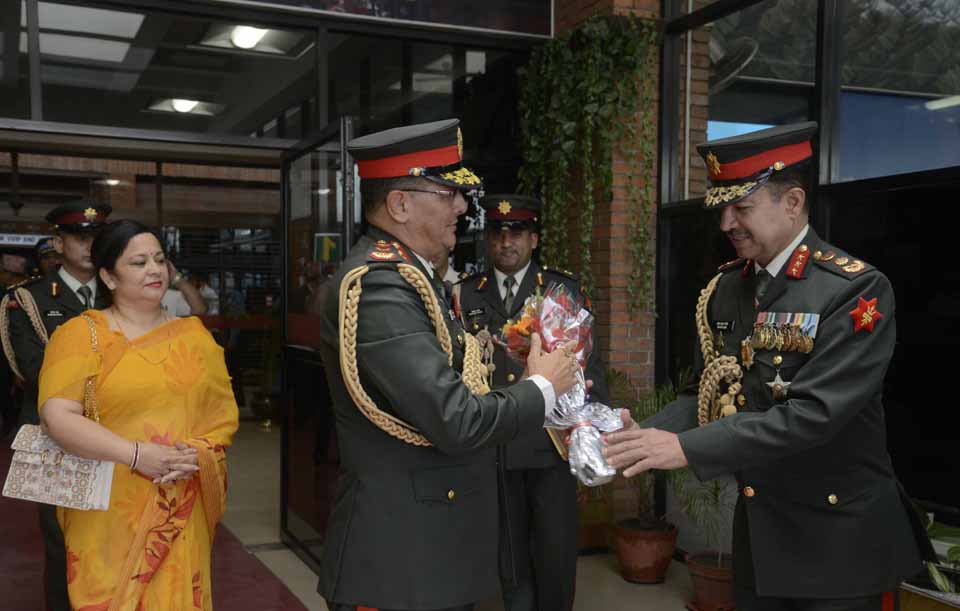 KATHMANDU, July 16: Chief of the Army Staff Purna Chandra Thapa has returned home on Tuesday after completing his week-long visit to the United States that began on July 8, 2019, Nepal Army informed.

Issuing a press statement on Tuesday, the Nepal Army Headquarters said that his visit would strengthen its relation with the United Nations and the United States.

Chief of General Staff Sharad Kumar Giri accompanied by a general and a joint secretary welcomed him at the international airport. Nepal Army troop offered  a guard of honor to him on the premises of Nepal Army Headquarters.

During his week-long visit, Thapa met with Vice Chairman Joint Chiefs of Staff of the US Armed Forces Paul J. Selva(a General of the U.S. Air Force) and officials of the US Department of Defense responsible for South Asian affairs.

CoAS Thapa took part in the British Armed Forces Women, Peace, and Security (WPS) CHODS Network Meeting  held on July 10 at the UN headquarters in New York and the Chiefs of Defence Conference organized by UN Secretariat on July 11.

KATHMANDU, Feb 25: Major General of Nepal Army Ishwar Hamal on Monday has been appointed by the Secretary-General of the... Read More...

Motorcyclist dies after being struck by Army truck

KATHMANDU, Sept 5: A motorcyclist died after being struck by an Army truck at Tripureshwor in Kathmandu on Thursday. ... Read More...

KATHMANDU, March 18: Nepali Congress has said that the proposal to deploy Nepal Army by the Prime Minister was unconstitutional. Read More...