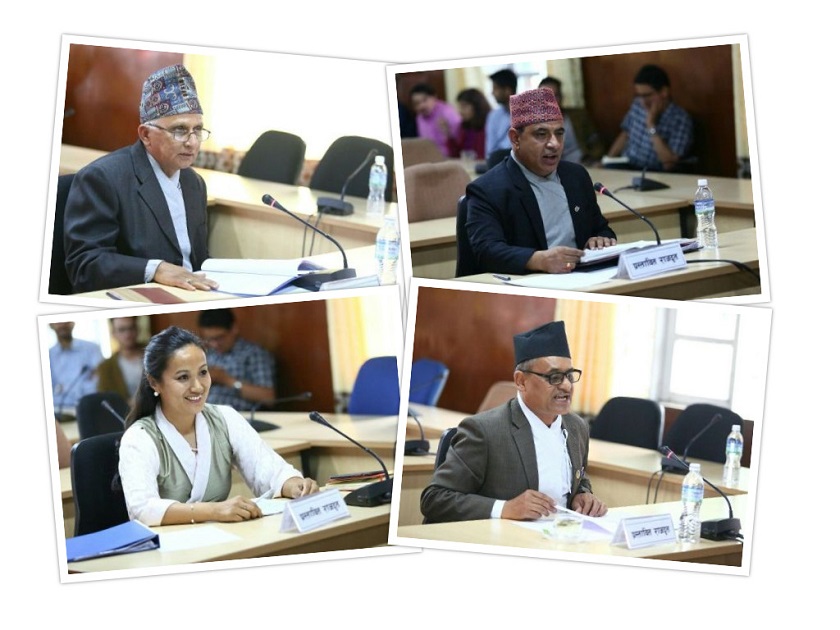 With the parliamentary hearings committee clearing the nominees, way has been cleared for the president to appoint them as ambassadors. Last month, the government had recommended former lawmaker Bamshidhar Mishra for Bangladesh, former assistant professor of the Tribhuvan University Naradnath Bhardwaj for Qatar, Mahesh Raj Dahal for Australia and Dawa Phuti Sherpa for Spain. Sherpa is the daughter of Pasang Lhamo Sherpa, the first Nepali woman to summit Mt Everest.

Out of the four nominees, Mahesh Raj Dahal, who was recommended for Australia, faced tough questions from lawmakers over whether his spouse has a permanent residency card of the United States. Lawmakers Surendra Pandey, Yogesh Bhattarai, Gyanendra Karki, Rajendra Shrestha and Pushpa Bhusal suggested to Dahal to withdraw from the ambassadorial race if the charge that his wife holds permanent residency of the US is true.

However, Dahal told the committee that his wife only has a work permit in the US valid until September. Although some lawmakers demanded cross verification of the document Dahal had submitted to the committee, most of the lawmakers stood for endorsement of Dahal without any further investigation.

Not a single complaint was lodged at the parliamentary committee against the ambassador nominees but two complaints were registered to question the lack of inclusiveness in the nominations.

Lawmakers flayed Bamshidhar Mishra for his statement that he would explore market in Bangladesh for stones excavated from the Chure region. Following lawmakers concerns over the statement, Mishra withdrew his statement with an apology.

During the parliamentary grilling, Naradnath Bhardwaj said that he will work to address the plight of Nepali migrant workers in Qatar. He also assured the parliamentary committee to study the potential for exporting drinking water from the Himalayas to Qatar.

Lawmakers suggested Dawa Phuti Sherpa work for the development of the football sector as Spain is a country of world-famous football clubs.

KATHMANDU, July 8: The Parliamentary Hearing Committee (PHC) of the federal parliament has endorsed the names of candidates to the... Read More...