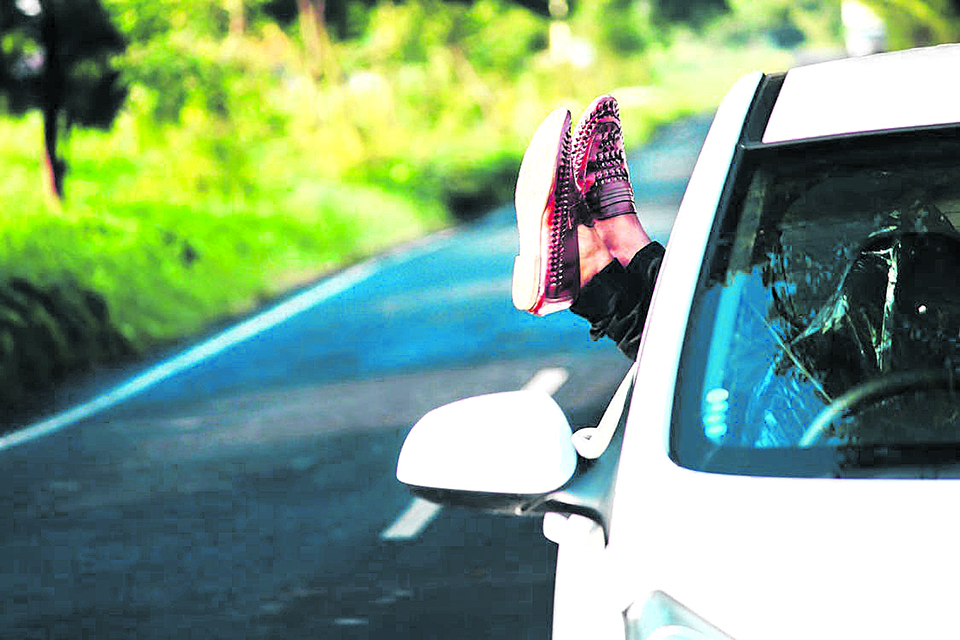 How many times have you gone on a long road trip and been bored out of your mind? It’s all fine and dandy for the first few hours but when enough time has passed, the trees start becoming dull, the skies annoying, and you are sick of scrolling through your phone. This is when traveling becomes soul-destroying. That’s a pity because road trips are meant to be fun. Here are some fun games you can play with your travel companions when you embark on a long trip. We guarantee these will keep boredom at bay.

I Spy
Depending on how you play it this game can go on for hours or end in a few minutes. Basically you start with a person, say you, and you take a look around and pick something. Suppose you are on a vehicle, take a look at the passengers clothing, the seat covers, luggage or just about anything. You secretly pick one object then you announce the first letter of the object to your fellow players. You say, “I spy (insert first letter of the object)”. The other person has to guess the object. Players may ask a maximum of three yes or no questions. You can also add your own rules to make this even more fun.

The Movie Game
Seeing as how we watch movies in English, Hindi and Nepali, we have a world of movies to play this game with. What you do is you name a movie and the person next to you has to name another movie with the same actor or director or producer. Not only is the game entertaining, it will also open conversations on movies during your long rides. But there’s a catch here – you need to come up with an answer in less than 10 seconds. Failure to do so will result in disqualification.

Fortunately Unfortunately
With this you can make up stories or just use real life cases to help you. Basically this game is about cooking up stories with antitheses. Start the game this way: One person says, “Fortunately we have some food with us in the car”. Then the other replies, “Unfortunately the food has gone bad.” Another person says, “Fortunately the smell isn’t so bad” to which the next person replies, “Unfortunately it will soil our car seat”. On and on the story can go. Remember every fortunate event should be followed by an unfortunate event. Make the stories over the top and downright hilarious. We could all do with a laugh or two.

Alphabet Game
This one is a standard travel game so we’re taking it up a notch to spice it up a little more. You begin with a word and the person next to you has to come up with another noun that begins with the letter that ended the previous word. But then every time you say a new word you need to say the previously said words in the same order in which they were mentioned. So you say giraffe and your friend said elephant, then the person after that has to say both giraffe and elephant (and in that order) before saying a word that starts with t. As you keep going the words will increase and it will get harder to remember all the words. If anyone misses one word, they are out of the game.

Living and the Dead
Split your car into two groups, the left and the right: Team A on the right and Team B on the left. As you’re whizzing through the roads you are bound to see people, dogs and cows on the way. Every time you see a living being on your side of the road, you gain a point. But every time you see a teashop or a building you lose a point. Think of all man made structures as graveyards and you gain a point when spotting a living creature and lose one when you see buildings of any kind. This is a war between the living and the dead. The team with the most points after a pre-designated time frame wins. Also make sure you assign one referee to keep both teams in check.

Random things to keep you busy
Come up with a tongue twister and challenge your companions to repeat them at different speeds. You will be amused by the sounds one can come up with when trying out tongue twisters. “These thousand tricky tongue twisters trip thrillingly off the tongue”.

Try playing audiobooks on the stereo. A good story can have anyone riveted anytime. Even if you have different tastes in books, popular titles like Harry Potter work for just about anyone.
Use your stereo to play a game of guess the song. Play random songs for just two to three seconds and have your travel mates guess the song. The one who guesses the most gets to pick who gets ice cream or not at the next stop.

Pick up a random word from the dictionary (preferably uncommon words with difficult spellings) and make people guess the meaning of the word. You will be surprised to hear the way some of your friend’s minds work.

We all have our own unique reasons for traveling. Many travel because they need to, some travel by choice and... Read More...

Poudel-Bhattarai travel to thank thier voters

NEW YORK, Feb 3: Angelina Jolie says that discriminating against refugees for their religion or country of origin "invites the very... Read More...