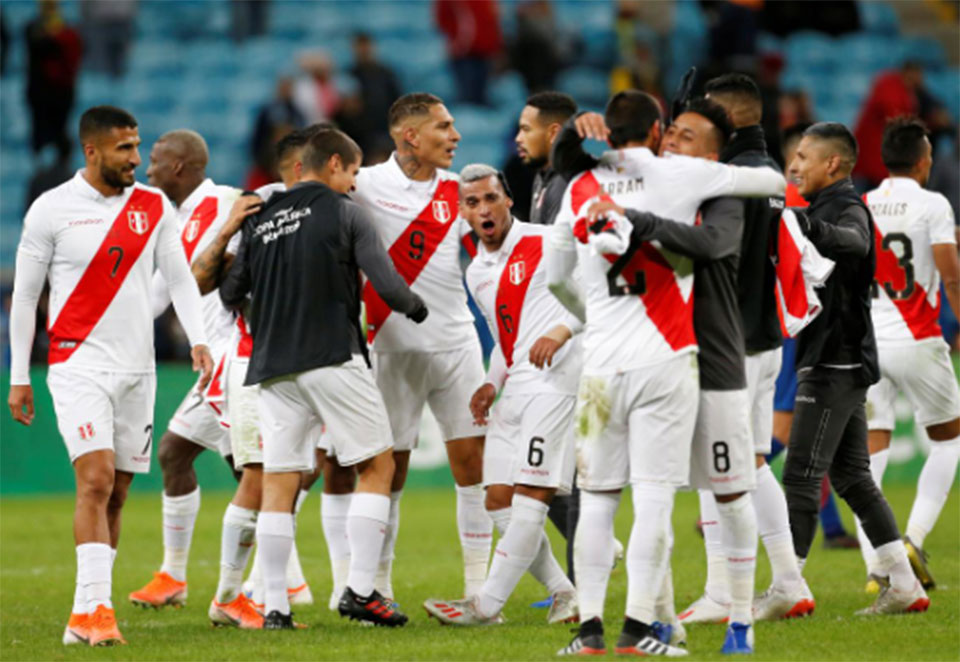 PORTO ALEGRE, July 4: Peru advanced to the final of the Copa America and a date with hosts Brazil after beating double defending champions Chile 3-0 on Wednesday.

Chile were outclassed by a quick and eager Peru side, who looked a different outfit from the one that scored just three goals in four games on their way to the semi-finals and lost 5-0 to Brazil earlier in the tournament.

Peru took the lead 20 minutes into the match when a corner from the right was nodded on to Edison Flores, who volleyed home at the back post.

Peru made it 2-0 17 minutes later after a huge mistake from Chile goalkeeper Gabriel Arias, who charged out of his area to intercept a long pass but Andre Carillo got there ahead of him.

Carillo’s cross found Yoshimar Yotun, who controlled the ball on his chest before volleying home into the unguarded net.

Chile were much better in the second half but their attempts at goal were either off target or safely handled by Pedro Gallese in the Peruvian net.

Captain Paolo Guerrero capped the scoring in stoppage time before Gallese ended his perfect night by saving a dinked penalty from Eduardo Vargas.

“Peru played well, they deserve to be in the final,” said Chilean midfielder Gary Medel. “That hurts as we wanted to win another title. We had chances in the second half but we couldn’t convert them.”

Peru will play Brazil in the final at Rio de Janeiro’s Maracana stadium on Sunday.

Guerrero said they had put the 5-0 group stage rout behind them and would now start planning how to win their first Copa America since 1975.

“I think we all played well, we all made sacrifices,” he said. “We were very intense and we deserve to be in the final.

“Now we need to rest and think of Brazil. It’ll be a very hard final.”