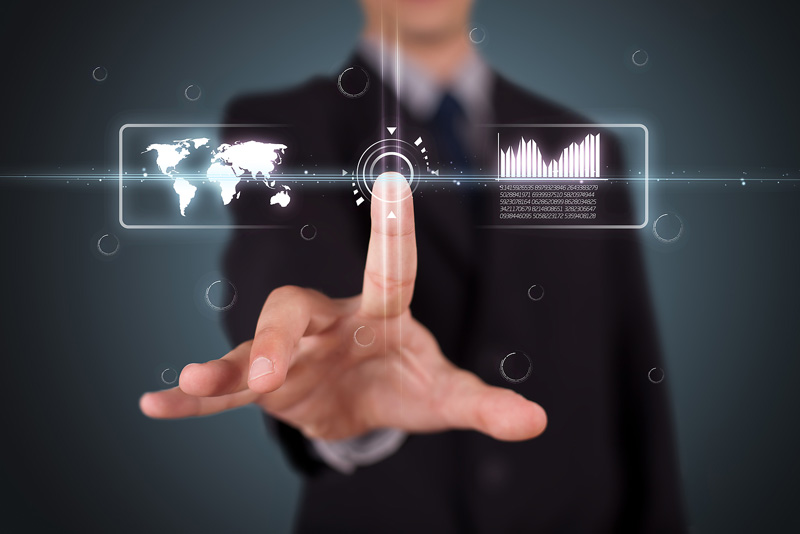 If Nepal does not take the innovation route, it will remain stuck in poverty just like in the first, the second, and the third industrial revolutions
Even though no one seems to really care that much, there is no denying that Nepal missed the first, second, and third industrial revolutions. The country will miss the fourth one as well, if the government is not serious about making the necessary intervention at the policy level so as to align the country with the techno-economic landscape that is evolving at the speed of thought. So, a subject matter that should be the top priority for any government as we welcome the 21st Century is the Fourth Industrial Revolution.

The First Industrial Revolution mechanized production using water and steam power, the second enabled mass production using electric power, and the third automated production using electronics and information and communication technology. Now, a Fourth Industrial Revolution in the making will be mainly characterized by a fusion of technologies in the physical, digital and biological spheres, but unlike anything the world has experienced so far. The interaction between machines in the cyber-physical sphere will be at the heart of this revolution.

In a nutshell, the Fourth Industrial Revolution builds on the digital revolution. Innovations in the digital space are giving rise to new business models that are already reshaping governance, production, consumption and transportation. We will soon see smart cities, villages, governments, homes, factories, farms, transportations, and grids,  exploding everywhere. While it is too early to fully grasp the speed and breadth of this techno-economic shift, humanity cannot afford to miss the unlimited possibilities of building a new digital civilization that could be far better than what we have now.

The new revolution truly comes with an immense potential of significantly improving the quality of life of billions of people on the planet, mainly because the machines will assist humanity to make significant progress in solving important issues like climate change, extreme poverty, inequality, a public health crisis, migration and terrorism. On the flip side, however, the disruptive nature of this technological revolution will also invite serious challenges requiring proactive adaptation on the government’s and society’s part. In case the government is still unaware, one area that needs immediate attention is the employment sector.

In the past few decades, the Third Industrial Revolution brought major dislocations in labor markets. Jobs moved from developed to developing nations, because the latter provided an abundance of cheap workers. This brought serious unemployment in the western hemisphere. In a similar manner, now, intelligent machines are ready to replace unskilled human labor on a mass scale. The bitter truth is that even the third world countries will be seriously affected this time around, for the machines are increasingly becoming cheaper than humans, if not more intelligent. Come to think of it, this new development will most likely spell disaster in the employment sector as the jobs that came to the third world, including the ones of the migrant workers, are likely to evaporate sooner than most people realize.

According to the World Economic Forum, “these new developments could lead to a net employment impact of more than 5.1 million jobs lost to disruptive labour market changes over the period 2015–2020”, with a loss of remittances as well. A recent World Bank study points to the fact that the size of remittances increased from 1.3 percent of GDP in 1995 to 30 percent in 2015. This trend is going to slowly reverse as the country is set to face a slowdown in remittances. According to the Nepal Rastra Bank, the number of Nepalis going for foreign employment declined by 18.4 percent last year. This is certainly not good news for a remittance-dependent country like ours, where “remittances are nearly 10 times higher than foreign aid and 2.5 times larger than the total exports.”

On a positive note, even though many jobs will be threatened by the Fourth Industrial Revolution, many that are yet to exist will be created in millions. In many advanced economies, policymakers are already working towards preparing for the new world, but, for now, they often seem to be polarized between those who foresee limitless opportunities and those who foresee massive dislocation of jobs. While the former believe in focusing only in the future, ignoring the current workforce’s skill enhancement requirement, the latter believe in concentrating on both the present as well as the future.

The right way forward is to focus on both the approaches.

The government needs to pragmatically attack the challenge by developing short- and long-term strategies. The short-term strategy should concentrate government resources in formulating forward-looking policies and programs based on the understanding that the skill-sets of the populace will have to be upgraded so that they remain relevant in the new job market. Furthermore, what the government needs to understand is that upgrading the skill-sets of the populace will be a Herculean task in itself,  but something Nepal cannot do without, because it is estimated that 35 percent of the skills that are considered important by today’s standards will have changed in just four years from now.

Thinking in the long term, the education system that we have now is to be overhauled to align with the changing times. One study estimated that 65 percent of children entering primary school today will end up working in jobs that don’t exist in the present context. In the new environment, the only way forward is to prepare students for the Fourth Industrial Revolution by encouraging them to go beyond classrooms in schools and imaginatively think about the need of our communities, the country and also the world. Instead of promoting and rewarding memorization of information, students are to be rewarded  for creativity, imagination and innovation.

Fixing the education system is a tall order. Even so, the Ministry of Education has to revamp the system of education we have now. While doing so, the main goal should be to create productive innovators and problem-solvers who are capable of resolving serious problems engulfing the planet, because the key to economic growth lies in a country’s human capital. Most importantly, coming up with innovative policies that could boost Nepal’s deteriorating economy will be key to our survival in the 21st century. The World Economic Forum says the new world will demand and cherish complex problem-solving skills and for this reason, the policymakers  of Nepal need to make necessary changes in the education sector to possibly avert a mega crisis in the employment sector. More importantly, policies designed to revamp the education sector should come as early as next year. Hope those in the  education ministry are up for catalysing the revolutionary changes.

As we stand on the brink the Fourth Industrial Revolution, innovative activities are going to be the main driver of economic progress. Still, it remains to be seen whether the current democratic and bureaucratic setup can prepare the country for the Fourth Industrial Revolution. If the government is willing, it has to align the country with the realities of the new techno-economic landscape by embracing disruptive innovation, because the capability to innovate and to successfully bring innovations to market will be a crucial determinant of global competitiveness of the Himalayan nation.

Mahabir Pun, the Magsaysay Award winner and the Chairperson of the National Innovation Center, believes the Ministry of Science and Technology’s role will be vital to Nepal’s survival in the disruptive Fourth Industrial Revolution. Furthermore, he feels, there is a need to significantly increase the ministry’s budget so as to promote science and technology research and development (R&D). A good way to go about this is to learn from other advanced economies and allocate at least 2 percent of Nepal’s GDP for R&D. The top five countries that spend most on R&D are: Israel, South Korea, Japan, Finland, and Sweden, spending 4.21, 4.15, 3.49, 3.32, 3.30 percent of GDP respectively. McKinsey says our northern neighbour spends more than US $200 billion on research annually, which is second only to the United States. In case you are wondering, they do so as R&D is the bedrock of innovation. And innovation provides advantages in economic and military fronts.

In fact, if Nepal does not take the innovation route, it will most likely remain stuck in poverty just like in the first, the second, and the third industrial revolutions. Therefore, if things are to change for good,Nepal MUST incorporate innovation, science and  technology in the national economic strategies, but with the mindset of Silicon Valley.

Amid COVID-19 fears, MoHP all set to begin RDT and PCR in Kailali, Kanchanpur and Baglung
29 minutes ago