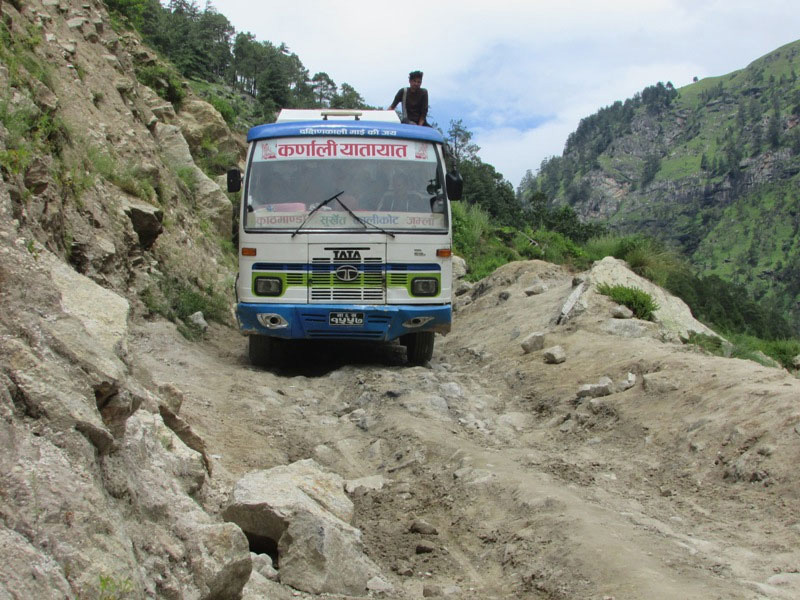 Addressing health inequalities is a political agenda, with the conceptualization of health as a development agenda
There has long been a long debate on disparity in health among different strata of people.

This difference might be either due to biological variations or due to external environmental conditions.  The first is impossible to change while the second is the result of unequal distribution of resources, which is avoidable.

Recently, there was a drama Chadi ko Ghera by the artists of Sadbhab: A glory of Theatre at Nepal Tourism Board. It was based on a book by Naresh Bhandari, a former member of Constitutional Assembly from Jumla. The issue raised by the drama was the difference in life expectancy between people of Kathmandu and those of Karnali. The drama raised several important questions: Why do people of Karnali survive 36 fewer years compared to people of Kathmandu? Is it the result of poor health and hygiene practices or is it associated with poor availability of quality health services? Or is it the consequence of high cost of healthcare? And who is responsible for this bitter reality? The drama concludes that the disparity in health owes largely to underdevelopment. This agenda raised by the drama is important when health has been considered a development agenda and the country has committed to Universal Health Coverage (UHC).

Many political leaders of Karnali including the current Minister of Culture, Tourism and Civil Aviation Jeevan Bahadur Shahi have argued that under-development in Karnali is due to the state’s poor understanding, which compares outcomes against investment. While comparing the return against investment, it is not surprising to conclude that it is worthless to invest in infrastructure in Karnali as it is not only costly but also beneficial only to a small portion of national population. This capitalist thinking has not only hampered the economic development of Karnali, but also resulted in its poor health status.

Health service is not like other market commodities where benefits can be compared against investment. If healthcare is analyzed through the lens of market economics, health outcomes in places like Karnali will worsen. Realizing this, a new thought in economics named ‘health economics’ was developed by American Economist Kenneth Arrow. He argues that there is fundamental difference between healthcare and other market commodities. Healthcare is not like goods whose demand increases with the fall in price. For instance, no one goes for two heart surgeries just because he has access to treatment and gets subsidies, nor it is possible to purchase medicine cheaply at present for future use. Further, if one does not get appropriate healthcare, he/she may die. Thus healthcare is something one should get as and when needed.

If those occupying Singha Durbar argue that it is not cost-effective to invest a huge amount on small population, the future consequences will be even worse. Definitely, the cost of medicine and equipment is high but that is true for every country. Moreover, the cost of constructing a health post in a rural village of Kalikot or Humla is higher compared to that of having it in Chitwan or Kathmandu, largely due to high transport cost. It doesn’t help that the delivery of medicine and equipment is challenging in remote places like Karnali. Low motivation of health workers and weak health governance are further hindrances. However, this does not mean that rulers in Singha Durbar should ignore health needs of the people in remote areas.

We have to acknowledge that health is a fundamental constitutional right. The country has also committed to UHC, which means all people should receive health services they need without suffering any financial hardships. To implement this, our health system needs to be strengthened. Free healthcare is a move towards UHC, which has contributed to overcoming financial barriers for the poor people. However, one should critically analyze who gets free healthcare. One report published in Nepali Times in 2013 reported that the poorest were utilizing public services while the richest preferred to go to private providers.

We have observed that the quality of health services in private facilities is far better compared to that of public sector.

Hence it is the poor who will be further jeopardized due to the fragile public health services. There are many public health facilities that are reeling under an acute shortage of essential medicines. Many health facilities run out of even life-saving drugs. This is a big issue in Karnali. When one talks about the cost of treatment, the cost of transport and cost incurred by other family members should not be ignored either. For instance, the cost of a minor surgery for people of upper Dolpa will be far higher compared to the same cost for people of Kathmandu or Chitwan. The cost of transport, particularly air fare, is very high. Moreover, the struggle to get an air ticket to fly to Surkhet or Nepalgunj where the hospitals are located is even more challenging. This situation is further exacerbated by adverse weather conditions and irregular flight schedule. We have read of pregnant mothers who have died due to lack of flights in these parts of Nepal.

Access to health services is the first intervention that can reduce health inequality. It is not economic or geographical factors that constrain people’s health rights. Rather addressing health inequalities is a political agenda, which reflects the conceptualization of health as a development agenda. First, access to transport paves the way for access to health services. It is bitter reality that two district capitals of Karnali zone are yet to be linked with roads. The government has recently introduced a national health insurance program. But it is silent on who is to pay for the cost of transport. For instance, the cost of locally available MRI would be quite low compared to the cost of airfare for the people living in Dolpa or Humla. Hope the policymakers open their eyes to these important issues.

The author works in the field of Public Health in Nepal

Australia's tour of Bangladesh postponed due to coronavirus
16 hours ago