Falling behind in SEE 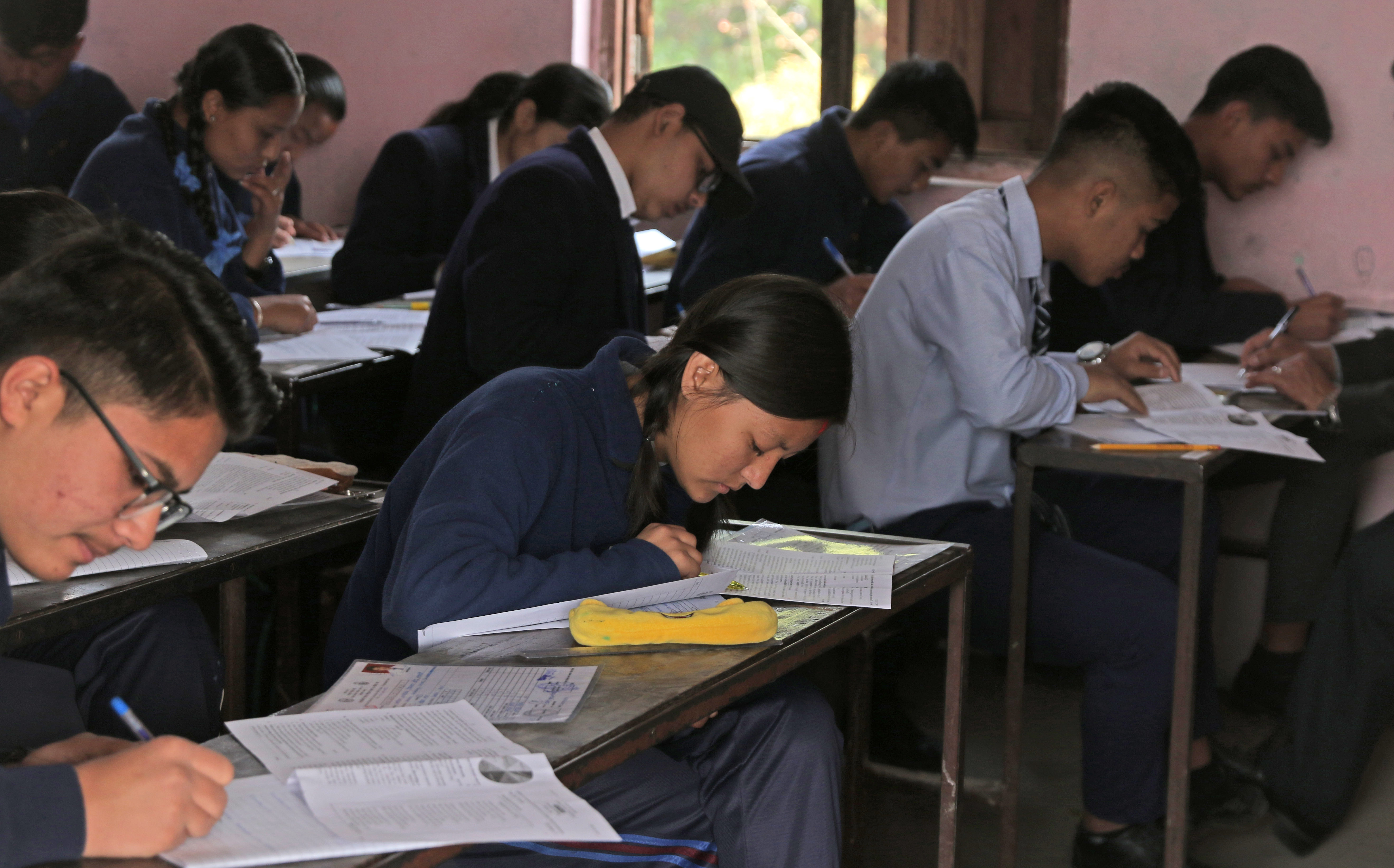 Nepal’s public schools have rarely become the story of success in Nepal’s broader education paradigm. Either it is mired in rampant politicization or public schools are struggling with lack of resources—both physical and human—or there is utter state neglect on these schools where vast majority of children from low-income bracket go for education. The results of Secondary Education Examination of 2018, which were published on Thursday, reinforce the same sad story. The results show public schools continue to perform dismally, compared to their counterparts from private schools. Public schools account for only 15 percent of students securing GPA 3.60 to 4, or A+, while they make up a whopping 92 percent of those securing GPA 2.00 to 2.40, or C, or below. That vast majority of students should fall under C+ and C brackets, the grades which is considered average and below average respectively shows that students of public schools lag far behind in educational achievement. Out of total of 459,275 students, public schools accounted for 70.84 percent of those appearing in the SEE exams. Of these, 51,137 scored GPA 3.20 to 3.60, the second best grade. Around 41 percent of 63,741 students scoring 2.80 to 3.20 are also from public schools. But at the same time, some public schools across the country have attained exemplary results. It shows that the performance of public schools can be improved if their managerial and academic activities are led by a team of competent professionals and if they are allowed to work independently.

This should not have been the case for two main reasons. First, there is a consensus among educationists, policy makers and even politicians (though they have not been practicing what they profess with regard to improving education quality of public schools) that Nepal’s public schools are in serious troubles and those troubles need to be fixed. Second, there was an expectation that with the task of public school management assigned to the local governments, and with local governments being given constitutional powers to that effect, the situation of public schools would at least improve, if not completely change. Neither is happening. The government, as previous governments did, is only paying lip service to improving public schools without initiating any policy changes. The government has not even been able to provide school textbooks to the public schools in far-flung villages in time. Even this year, a number of students had to wait for the textbooks to be delivered even as the new academic session had already begun. Failing on such basic minimum duty has made the situation worse. The local governments, which were entrusted with managing public schools, have failed to enhance quality of teaching largely because public education has not yet become their top priority.

Province-wise, public schools of Province 2, Karnali and Sudur Paschim have fared much worse. The widening gulf between public and private educations in terms of outcome is surely going to cost us a lot. It is evident why public schools have been in this situation for years and years.  Despite all the talks of depoliticizing schools, we have not even started that process. Even today, School Management Committees—which largely oversee administration, even teachers’ recruitment process—are manned with local political cadres. Large number of schools struggle for qualified and competent teachers but Ministry of Education has not been able to appoint teachers in public schools based on merits. Students of public schools have not been able to improve performance because their schools lack competent and qualified teachers and the schools lack such teachers because the government has not been able to recruit such teachers. In other words, the rut runs deeper in our public education system. Unless the state totally overhauls public education system with the focus of achieving better outcome, we cannot expect different results from public schools.

What are we teaching?

The result of Grade XII examinations, which was published on Monday, has come as yet another reminder of how quality... Read More...